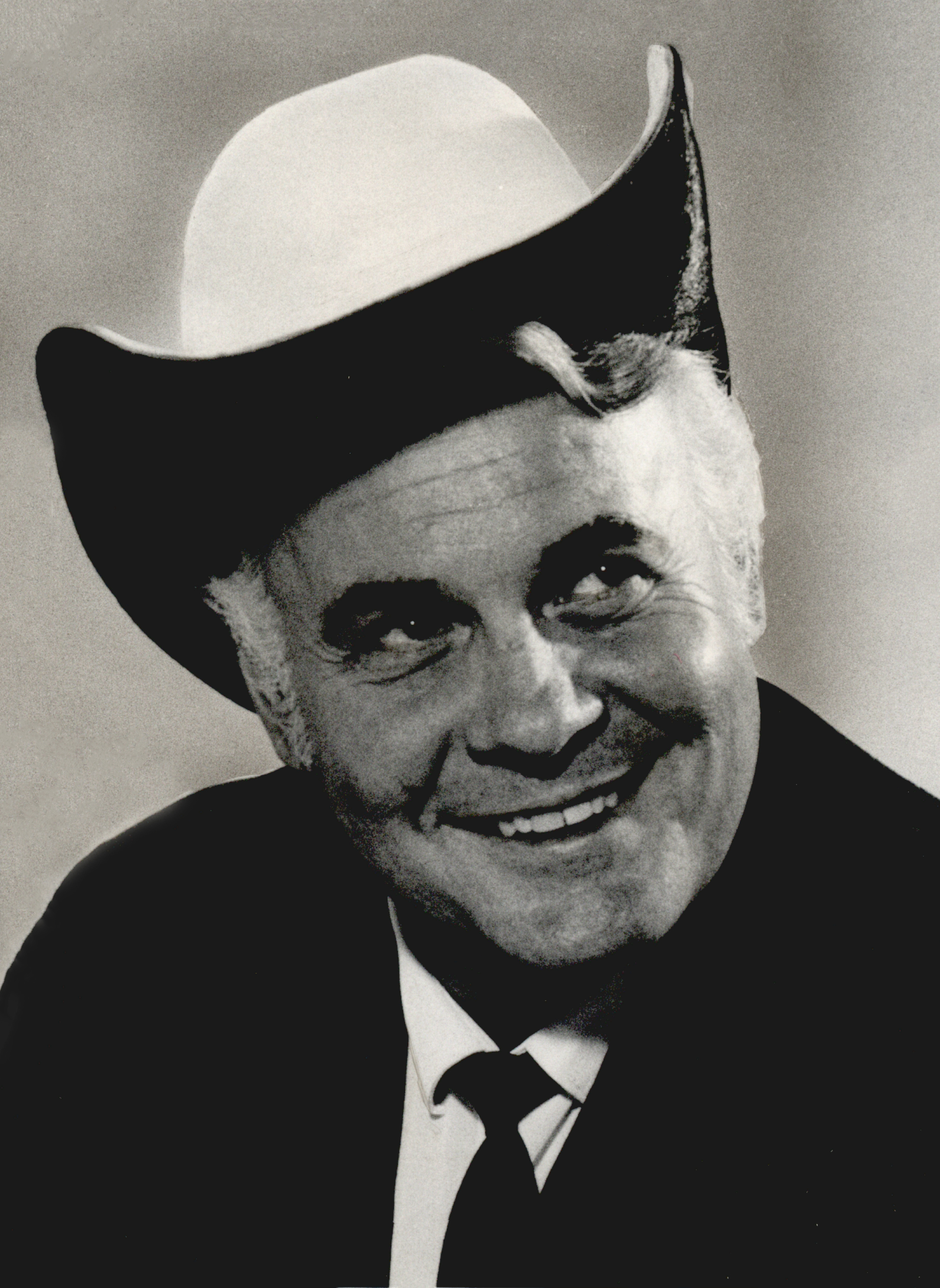 Rodeo cowboy and actor Sunset Carson was born Winifred Maurice Harrison in Gracemont, Oklahoma, on November 12, 1920. Eight or nine years later the family moved to Plainview, Texas, where he began to take part in rodeos as a teenager. His father, a rodeo entertainer, performed in the Tom Mix Circus, and some claim that Mix suggested that the younger Harrison try film work.

At the suggestion of Republic Pictures, Harrison changed his name to "Sunset Carson," after a car dealership, "Sunset Boulevard Cars." Carson's first starring role came in 1944 film Call of the Rockies. In this picture and all succeeding movies Carson wore his six-shooter backward, with the butt of the gun facing forward. In 1944 he made five films for Republic Pictures and in 1945, seven. In Roy Rogers's 1945 movie Bells of Rosarita Carson joined with other "B" Western cowboys to help Roy defeat the bad guys.

Carson made five final films for Republic in 1946. In later years he made some independent productions that failed to capture the public's attention. He even hosted a public television series in 1980 called Six Gun Heroes. Carson rode off into that last sunset on May 1, 1990, when he died in Reno, Nevada.

The following (as per The Chicago Manual of Style, 17th edition) is the preferred citation for articles:
Bill Moore, “Carson, Sunset,” The Encyclopedia of Oklahoma History and Culture, https://www.okhistory.org/publications/enc/entry.php?entry=CA063.