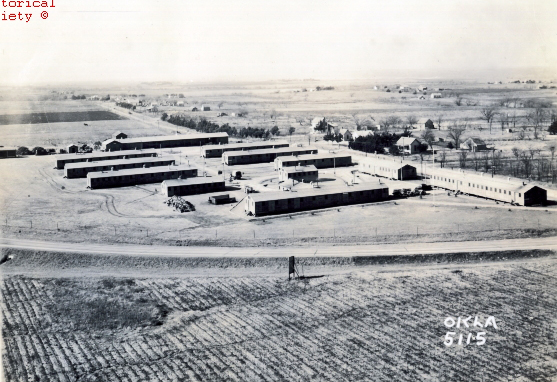 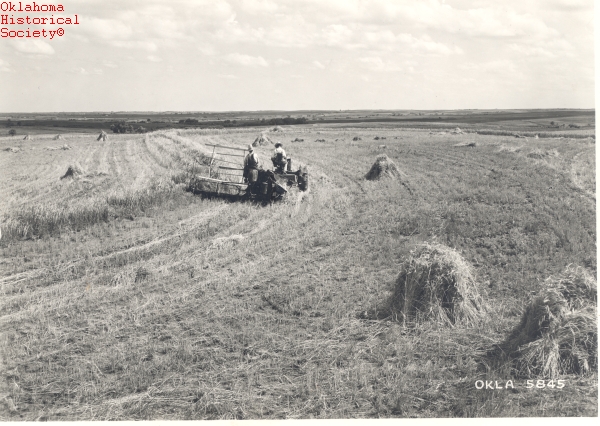 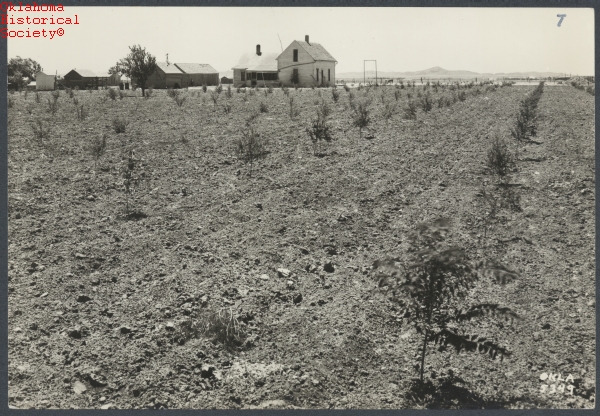 On March 31, 1933, the U.S. Congress enacted legislation creating the Civilian Conservation Corps (CCC), a Depression-era federal agency. The CCC was one of the New Deal programs initiated in the first one hundred days of Franklin D. Roosevelt's presidential administration. The program was designed to relieve the economic and humanitarian distress caused by the onset of the Great Depression in 1929.

In the early 1930s large numbers of young men roamed the cities and countryside, looking for work. The Roosevelt administration feared that, without jobs and training, a whole generation of young men would be unprepared to assume the financial responsibilities of home and family. Life in CCC camps would also rehabilitate young men who were not only jobless, but suffered from a lack of physical and spiritual nourishment.

The CCC had a dual purpose. Roosevelt also envisioned that the agency would provide necessary labor for various conservation projects designed to revitalize overworked agricultural land, reverse soil erosion, and implement reforestation. He was particularly enthused about using CCC labor, in conjunction with the National Park Service (NPS), to develop national and state parks that would be accessible to all Americans. Working together, the CCC and NPS developed parks and built structures that left a legacy of distinctive architecture, quality craftsmanship, and in each man, a lifeline to a more productive future. This was particularly true in Oklahoma where CCC men put into use unproductive land on which they built dams and lakes, planted trees and shrubs, and quarried stone to establish the state's first park system.

Shortly after taking office in 1933, Roosevelt asked his secretaries of war, interior, agriculture, and labor to coordinate plans for the development of the Civilian Conservation Corps. CCC administration was shared by these four departments and one outside agency, the Veterans Administration. It was the responsibility of the Department of Labor to select CCC enrollees from state and local welfare agencies.

To be eligible as a junior enrollee, a young man must be between the ages of eighteen and twenty-five, unmarried, and a citizen of the United States. One of the conditions of enrollment was that out of the enrollees' monthly thirty-dollar pay, twenty-five dollars would be sent home to assist their dependent families. The Veterans Administration determined the eligibility of applicants for CCC veteran units.

Once the selection of men was made, the Department of War organized, conditioned, transported, and supervised the enrollees from induction to final discharge. This included organization into CCC units, transportation to work place, construction of CCC camps, and supervision in camp when the enrollees were not working on assigned duties. The War Department was also responsible for medical care, discipline, education, and religious ministration. CCC enrollees worked on projects designed by the interior and agriculture departments. Within the Department of Interior, the General Land Office, the Office of Indian Affairs, the Bureau of Reclamation, the National Park Service, and the Division of Grazing were in charge of CCC work. In the Department of Agriculture, the Forest Service, the Bureau of Biological Survey, the Bureau of Animal Industry, and the Soil Conservation Service also directed CCC projects.

In April 1933, two weeks after Congress appropriated funding for the creation of the CCC, the U.S. Army transported twenty-five thousand recruits to conditioning camps. There the men were prepared for a variety of work projects. By July 1, 1933, Roosevelt planned to have 250,000 men at work on projects throughout the nation. It was the responsibility of each state to carry out enrollment. State, county, and city relief agencies screened applicants to determine eligibility for the program. The federal government set the quota for each state according to the state's population. Oklahoma's relief agencies assigned many Oklahomans to CCC camps in their own state. In 1934 Oklahoma had five thousand men in twenty-six camps. CCC officials assigned many of these men to state park sites. At each site there was at least one unit comprising approximately two hundred men.

To oversee the proper planning of national and state parks during the New Deal, the NPS established the Branch of Lands and State Cooperation. Similarly, in 1935 the Oklahoma state legislature appropriated twenty-five thousand dollars to create a State Park Commission. In 1937 the state appropriated funds for the organization of the Oklahoma Planning and Resources Board. All of the state's planning agencies were incorporated under this board, including the State Park Commission, which became the Division of State Parks. This division had the authority to acquire state lands and to work in conjunction with the planning branch of the NPS. Both the state and federal agencies coordinated and planned the work of the CCC in state parks in Oklahoma.

In 1935 Oklahoma park officials and NPS planners proposed seven park sites that they calculated would be accessible to 60 percent of the state's population and within seventy-five-mile radius of population centers. Each site was in an area of historical or geological significance. In the semiarid region of western Oklahoma, planners established Boiling Springs, Roman Nose, and Quartz Mountain state parks; and in the humid, wooded areas of eastern Oklahoma they established Osage Hills, Robbers Cave, Beavers Bend, and Spavinaw Hills state parks.

Large-scale funding for New Deal programs started to dwindle by 1941, when congressional efforts and appropriations were diverted to prepare the United States for war in Europe and the Pacific. With diminishing funding for the NPS and CCC, the camps were discontinued and the work of the enrollees abandoned. In some cases the abruptness of the CCC withdrawal from park camps left unfinished park construction. Regardless of that, CCC workers left Oklahomans with a different landscape than before the inception of New Deal programs. This New Deal legacy is still enjoyed in the twenty-first century by millions of Oklahomans who swim, boat, camp, and hike in parks across the state.

Reid A. Holland, "The Civilian Conservation Corps in the City: Tulsa and Oklahoma City in the 1930s," The Chronicles of Oklahoma 53 (Fall 1975).

Suzanne H. Schrems, "A Lasting New Deal Legacy: The Civilian Conservation Corps, the National Park Service, and the Development of the Oklahoma State Park System," The Chronicles of Oklahoma 72 (Winter 1994–95).

The following (as per The Chicago Manual of Style, 17th edition) is the preferred citation for articles:
Suzanne H. Schrems, “Civilian Conservation Corps,” The Encyclopedia of Oklahoma History and Culture, https://www.okhistory.org/publications/enc/entry.php?entry=CI012.