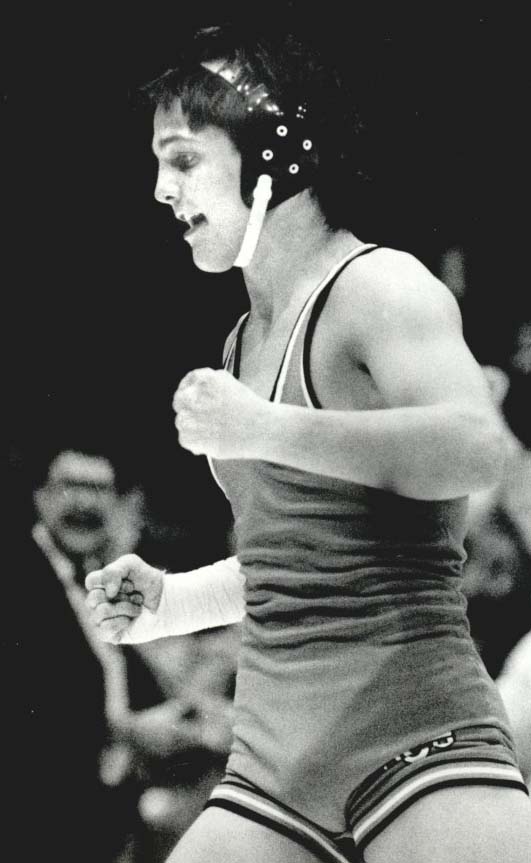 Beneath a sunny disposition and an air of casual confidence, Olympic gold medalist Kendall Cross developed a steely determination that shaped a unique national and international wrestling career. Cross was born February 24, 1968, in Hardin, Montana. His family moved to Oklahoma, and he earned a state championship for Mustang High School. In 1986 he added a bronze at the Junior Worlds. By 1988 he was both the Espoir National and Espoir World Cup title owner. At Oklahoma State University (OSU) he achieved a National Collegiate Athletic Association (NCAA) championship in 1989 and was a three-time runner-up.

Then Cross's career exploded. His strong showing in the 1992 Olympics came amidst Sunkist International Open titles in 1990, 1991, 1994, and 1995. He captured New York Athletic Club championships in 1991 and 1994. In 1992 he won the Krasnoyarsk Tournament in Russia and placed third in the Pan American Games. In 1993 he took third in the Dan Kolov Tournament in Bulgaria and the World Cup. In 1995 Cross won the Michigan International Open. His 1996 gold medal at the Olympics made him one of the few American athletes to qualify at two Olympic Games. He won the 1996 Roger Coulon Tournament in France. Before retiring, he added a final championship at the 1997 World Cup of Freestyle Wrestling before a home crowd at Stillwater.

To qualify for the 1996 U.S. team Cross had to out-wrestle Iowa native Terry Brands, a powerful, two-time world champion and future National Wrestling Hall of Fame inductee, in a series of history-making matches. Each clash at the team trials in Spokane, Washington, was spectacular, with Cross edging out Brands in the final battle. In the Atlanta Olympics he was a spectator favorite, dominating his entire field and finally trouncing veteran standout Giuvi Sissaouri of Canada for the gold.

At OSU Cross studied political science and economics, with additional economics studies at the University of North Carolina Central in Durham. He served as a coaching assistant at each school and as a club coach for the Sunkist Kids and the Dave Schultz Wrestling Club. Challenges on and off the mat were catalysts for Cross's future in motivational speaking and conducting goal-setting seminars for corporations and schools. In 2002 he was a financial consultant in Boston; he also worked with the Harvard University wrestling team and had established the Kendall Cross Gold Medal Wrestling Club in the Boston area, developing young athletes. He and his wife, Rona, a trademark attorney, are the parents of Kennedy Rand and London Grace Cross. In June 2002 he was honored as a distinguished member of the National Wrestling Hall of Fame.

The following (as per The Chicago Manual of Style, 17th edition) is the preferred citation for articles:
Doris Dellinger, “Cross, Kendall,” The Encyclopedia of Oklahoma History and Culture, https://www.okhistory.org/publications/enc/entry.php?entry=CR018.