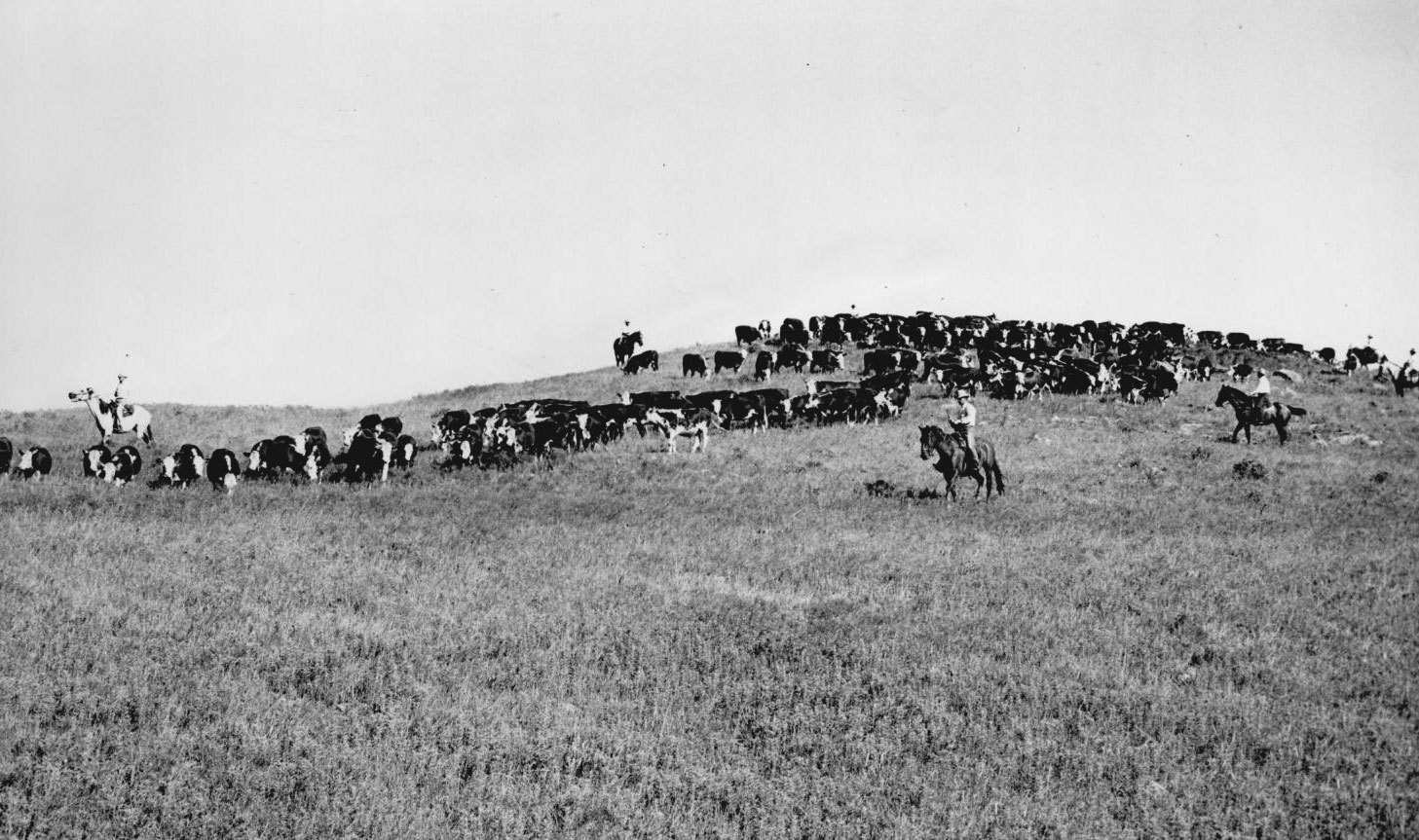 Drummond ranching in Osage County, Oklahoma, traces its roots to Frederick Drummond (1864–1913) who came to the former Osage Nation, Indian Territory, at age twenty-two in 1886. Drummond had emigrated from Scotland in 1882 and, after spending a year in New York, headed to Texas to try his hand at ranching. Having little success, he went to St. Louis and found work with a wholesale dry-goods house. One of their customers, John R. Skinner, owner of the Osage Mercantile Company in Pawhuska, hired Drummond as a clerk. Shortly after arriving in the Osage Nation, Drummond met Addie Gentner of Coffeyville, Kansas, and they married in 1890.

The Drummonds were a popular couple in Pawhuska, and he was one of the best-known traders. In 1903 they moved to Hominy, and he helped organize the Hominy Trading Company. At one time Hominy Trading Company was the nation's largest dealer of Pendleton blankets, a product favored by the Osage. The Drummonds' Hominy home was listed in the National Register of Historic Places in 1981 (NR 81000466). All of their sons, Roy Cecil, Frederick Gentner, and Alfred Alexander "Jack," attended college and each helped write ranching history in Osage County. Roy (1892–1981) began ranching in 1913, and Jack (1896–1989) established ranches in Osage and Marshall counties. By the 1980s the brothers and their descendants managed more than two hundred thousand acres in Oklahoma and southern Kansas.

Frederick Gentner Drummond (1895–1958) graduated from Oklahoma A&M College (now Oklahoma State University) in 1914 and attended Harvard Business School. He returned to assist running Hominy Trading Company after his father's death. In 1927 he married Grace Ford, and they became parents of three daughters and a son. During the Great Depression he established two Hereford cattle ranches in Osage County. Located south of Hominy and west of Pawhuska, the ranches totaled twenty-five thousand acres at the time of his death in 1958.

Operation of these ranches fell to his son, Frederick Ford Drummond (1931–2020), who had earned degrees from Oklahoma State and Stanford universities. After graduating from Stanford, he joined United Missouri Bank of Kansas City as an inspector and counter of cattle used as loan security. He determined that the best way to do his job was to go where the cattle barons congregated. They could be found conducting business on the second floor of the Gunter Hotel in San Antonio, Texas, or in the lobbies of the Duncan Hotel in Pawhuska or the Broadview in Emporia, Kansas. Until the demise of the railroads the cattle market in Oklahoma and surrounding states was made at these hotels. Frederick Drummond's education and banking experience equipped him well to operate the family ranch. A member of the Texas and Southwestern Cattle Raisers Association since the age of seven, in 2002 he was training his son, Ford, to be a fourth generation Drummond rancher.

Terry Hammons, Ranching From the Front Seat of a Buick: The Life of Oklahoma's A. A. "Jack" Drummond ([Oklahoma City: Oklahoma Historical Society, 1982]).

The following (as per The Chicago Manual of Style, 17th edition) is the preferred citation for articles:
Les Warehime, “Drummond Ranch,” The Encyclopedia of Oklahoma History and Culture, https://www.okhistory.org/publications/enc/entry.php?entry=DR007.