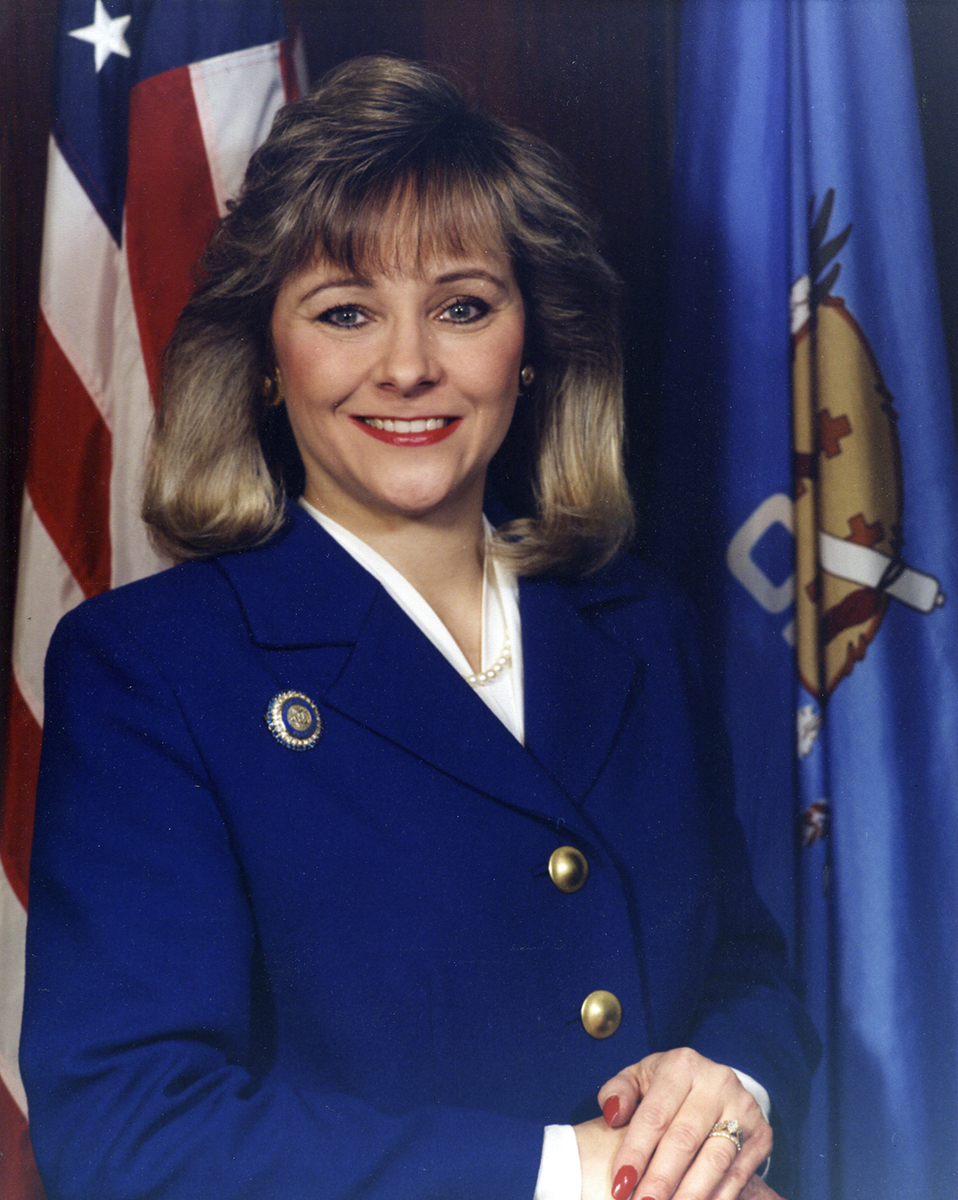 In the 2010 general election Mary Copeland Fallin became Oklahoma's twenty-seventh governor, the first woman to hold that office. Born on December 9, 1954, in Warrensburg, Missouri, she was raised in Tecumseh, Oklahoma, where her parents, Mary Jo Duggan and Joseph Newton Copeland, served terms as the town's mayor. Both parents were Democrats, and Mary Fallin was a Democrat until age twenty-one when she changed to the Republican Party. After graduating from Tecumseh High School, she attended Oklahoma Baptist University in Shawnee and the University of Central Oklahoma in Edmond. In 1977 she earned a bachelor's degree in Human and Environmental Sciences as well as Family Relations and Child Development from Oklahoma State University in Stillwater. In August 1999 she divorced her first husband, Joseph Fallin, with whom she had two children. On November 21, 2009, in Oklahoma City, Fallin married Wade Christensen, who had four children by a previous marriage.

Before entering politics, Mary Fallin worked for the Oklahoma Tourism and Recreation Department, the Oklahoma Employment Security Commission, and the Oklahoma Office of Personnel Management. Beginning in 1983 she worked in the private sector in hotel management and as a commercial real estate broker. Fallin's political career began in 1990 when she served as Oklahoma state representative from District 85. From January 1995 to January 2007, during the administrations of governors Frank Keating and Brad Henry, Fallin was lieutenant governor, the first woman and first Republican to be elected to that post in Oklahoma.

Fallin entered national politics in 2007, representing Oklahoma's Fifth Congressional District in the U.S. House of Representatives. She is the second woman from Oklahoma to serve in that position (Alice Mary Robertson, the first Oklahoma woman elected to the U.S. House, served one two-year term beginning March 1921). During Fallin's tenure from January 2007 to January 2011 in the U.S. House she served on the Executive Committee of the National Republican Congressional Committee, as Small Business Chair on the Republican Policy Committee, and as vice-chair of the Congressional Women's Caucus. In 2007 she wrote her first bill (H.R. 2397), which enacted a revamping of federal grants for women's business centers. She sat on the U.S. House committees of Armed Services, Natural Resources, Small Business, and Transportation and Infrastructure.

The following (as per The Chicago Manual of Style, 17th edition) is the preferred citation for articles:
Linda D. Wilson, “Fallin, Mary Newt Copeland,” The Encyclopedia of Oklahoma History and Culture, https://www.okhistory.org/publications/enc/entry.php?entry=FA026.