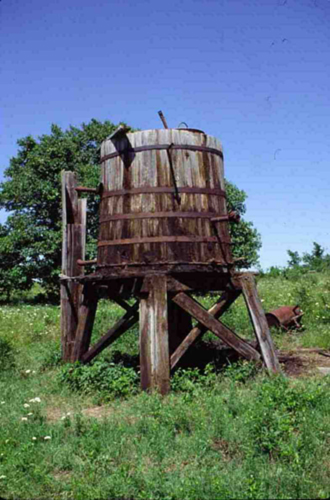 Among the oilmen who explored and developed Oklahoma's vast energy resources was George F. Getty, father of J. (Jean) Paul Getty. The elder Getty, a Minneapolis lawyer with an inheritance and lucrative corporate law practice, became an oil investor in 1903, purchased leases in Oklahoma, and formed Minnehoma Oil Company. Minnehoma's Oklahoma investments helped develop the Bartlesville, Cushing, Cleveland, and Osage areas. George Getty also made personal ventures into oil exploration, and he partnered with his son Paul in Muskogee County.

Muskogee County had hosted some of Oklahoma's earliest oil-field exploration. In 1884 Michael Cudahy, an Omaha, Nebraska, meat packer, drilled the county's first wells, both dry. A few years later other developers succeeded, in 1904 discovering oil near Sawokla, now Haskell. A few miles northwest, the Stone Bluff Field opened in 1915. Geologists declared that the Stone Bluff pool could not extend further southward, but in late 1915 Paul Getty set out to prove them wrong.

In late 1914, after finishing college, Getty had entered his father's business, buying and selling leases for Minnehoma's Tulsa office. In 1915 he decided to be an independent operator. For five hundred dollars he purchased a half interest in an oil lease on the Nancy Taylor allotment northwest of Haskell. Virtually penniless, in order to raise the cost of drilling he formed Lorena Oil Company and found partners. In January 1916 drilling commenced, Getty working alongside the crew. A month later the well came in at seven hundred barrels a day. On February 12 he sold his share of the lease and production to Cosden Oil Company for forty thousand dollars, turning a personal net profit of eleven thousand dollars. For its significance in beginning J. Paul Getty's career the Nancy Taylor Number One Oil Well Site was placed on the National Register of Historic Places in 1989 (NR 89001962). In May 1916 he was rewarded with a position on the Minnehoma board of directors. He continued his independent operations in Oklahoma and by mid-1916 had made a million dollars. Although J. Paul Getty moved out of the state shortly thereafter, his investments and his companies continued to play a significant role in Oklahoma industry. He acquired Tulsa-based Spartan Aviation in the late 1930s, and the company produced military aircraft and trained pilots for service in World War II.

The following (as per The Chicago Manual of Style, 17th edition) is the preferred citation for articles:
Dianna Everett, “Getty, Jean Paul,” The Encyclopedia of Oklahoma History and Culture, https://www.okhistory.org/publications/enc/entry.php?entry=GE013.