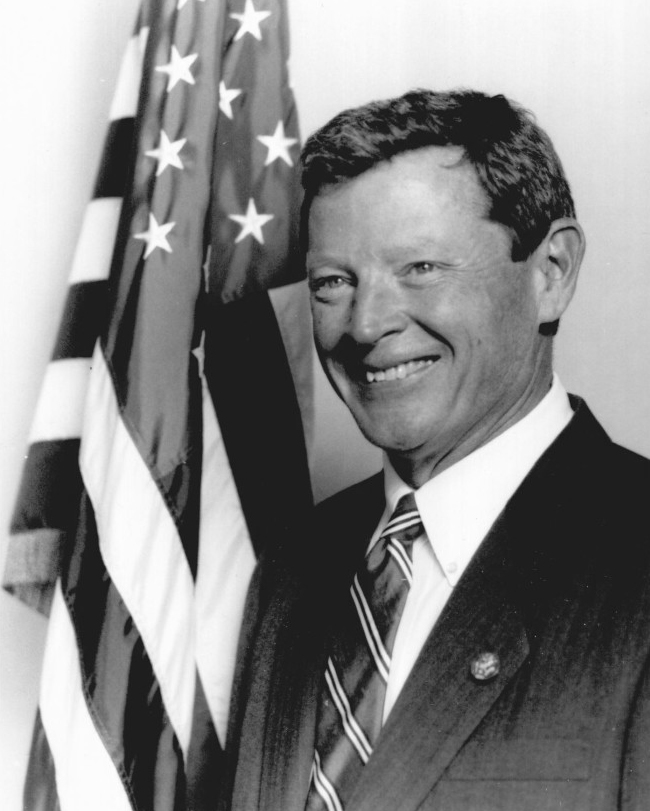 U.S. representative and senator from Oklahoma from 1987, James Mountain Inhofe was born in Des Moines, Iowa, on November 17, 1934. He grew up in Tulsa, Oklahoma, where he attended the public schools. In 1973 he received a bachelor's degree from the University of Tulsa. He served in the U.S. Army in 1955–56. An independent businessman, Inhofe worked in aviation, real estate, and insurance for three decades. He was president of Quaker Life Insurance Company before entering politics.

A Republican, in 1966 he ran for the Oklahoma House of Representatives from District 70, replacing Joseph R. McGraw, who won the seat vacated when Dewey Bartlett became governor. After two years' service, Inhofe ran for the Oklahoma Senate in 1968 from District 35, defeating Jerry Goodman of Tulsa. Inhofe remained a state senator through 1977, during which time he ran unsuccessfully for the governor's office in 1974 and for the U.S. House of Representatives in 1976. He followed his legislative career with a stint as a three-term mayor of Tulsa from 1978 to 1984.

In 1986 running again for the U.S. House from the First District, he was elected to the One Hundredth Congress. Constituents returned Inhofe to three more Congresses. He served from January 3, 1987, to November 15, 1994. In 1994, when Sen. David Boren resigned to become president of the University of Oklahoma, Inhofe ran for Boren's seat in a special election, defeating U.S. Rep. David McCurdy. Inhofe resigned his House seat upon election to the Senate in the November 8, 1994. He ran and was reelected for a full term in 1996 and again in 2002 for the term ending January 3, 2009. Inhofe received attention in 1993 when he engineered legislation to reform the discharge petition rule, which functioned to keep bills in committee for lengthy periods in order to stall a vote. His committee assignments have included Armed Services, Indian Affairs, and Environment and Public Works, which he chaired from 2003.

The following (as per The Chicago Manual of Style, 17th edition) is the preferred citation for articles:
Dianna Everett, “Inhofe, James Mountain,” The Encyclopedia of Oklahoma History and Culture, https://www.okhistory.org/publications/enc/entry.php?entry=IN024.