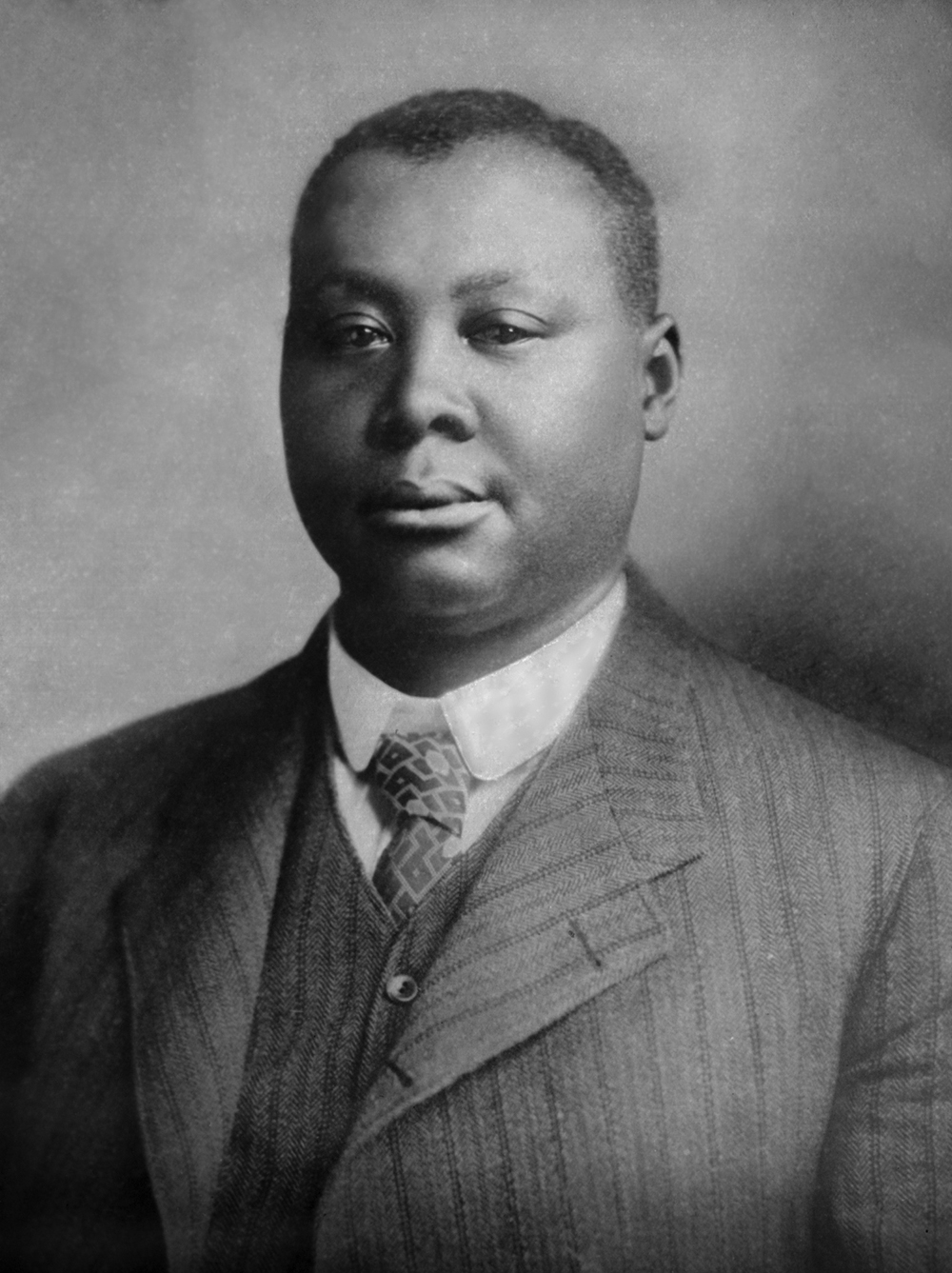 One of the most prominent African American attorneys practicing in Oklahoma, J.(James?) Coody Johnson was born north of present Wewoka on July 27, 1864. The grandson of a slave belonging to William McIntosh, the great Coweta chief of the Creek Nation, Johnson was esteemed by Creek and Seminole as "the Black Panther." He was intimately familiar with the language, laws, and customs of the Creek and Seminole.

By the terms of a treaty made between the U.S. government and the Creek Nation after the Civil War, Johnson and all other Creek freedmen were granted full membership rights in the Creek tribe. His skills as an interpreter earned him the honor of occupying a number of elected and appointed tribal positions, including membership in the House of Warriors, secretary of the Creek Nation, and private secretary to a principal chief of the Seminole Nation.

When a constitutional convention was convened in 1906 to fashion a constitution for the soon-to-be state of Oklahoma, powerful forces were at work seeking to advance a "Jim Crow" agenda. To resist these efforts, Johnson founded and served as president of the Negro Protection League. In this capacity he rendered forceful and eloquent arguments in favor of the rights of all men to receive fair treatment at the hands of their government. In 1907, when Pres. Theodore Roosevelt received the Oklahoma Constitution for acceptance, the document contained numerous segregationist provisions, including a clause prohibiting black people from marrying whites or Indians. As chair of the suffrage committee, Johnson was part of a delegation that traveled to Washington, D.C., to plead with Roosevelt not to approve the constitution in that form. Even so, two months later Roosevelt agreed to accept the document as submitted.

Johnson also distinguished himself as an African American entrepreneur. He founded the Black Panther Oil and Gas Company and owned the Black Panther Hotel in Wewoka. Prior to 1907 statehood he established a law office on Cedar Street in that town. He later built his own law office and a second hotel. In the early twentieth century he had the only black-owned establishment on Wewoka's Main Street. In 1985 the Johnson Building, on the corner of Wewoka Avenue and Cedar Street (124 North Wewoka), was listed in the National Register of Historic Places (NR 85001744). In 1918 his legacy was clouded when disbarment proceedings commenced against him. It was alleged that he, along with a number of other attorneys, white and black, had taken unfair economic advantage of an uneducated orphan girl soon after she reached the age of maturity. As a Creek Nation freedwoman, she was to come into possession of a considerable estate. She died mysteriously before the proceedings against Johnson could be concluded. The complaint against him was dropped.

Johnson served as the president of the Negro State Fair Association, which staged the state's first Negro Independent State Fair in 1915 at Muskogee. In 1919 the event was held at Wewoka. Reportedly, Wiley Post was the main attraction at the 1920 fair. This event was held on Johnson's extensive ranch, located approximately five miles north of Wewoka. The state school superintendent, R. H. Wilson, permitted every Oklahoma African American school to close for two days so students could attend. Johnson also served two terms as grand master of the Colored Masons of Oklahoma.

When he died on February 27, 1927, Johnson committed a portion of his estate to be used to establish a school for "Negro boys and girls." Such a school was indeed established and named the Johnson Grove School in his honor. Because at the time African American children were not allowed to attend school inside the city limits, the school was located on Johnson's ranch. When that law changed, the students attended Wewoka's Douglass High School, and the Johnson School closed. In accordance with his wishes, Johnson was interred in a cemetery north of Wewoka near his mother, father, and daughter.

The following (as per The Chicago Manual of Style, 17th edition) is the preferred citation for articles:
John R. Hargrave, “Johnson, J. Coody,” The Encyclopedia of Oklahoma History and Culture, https://www.okhistory.org/publications/enc/entry.php?entry=JA009.