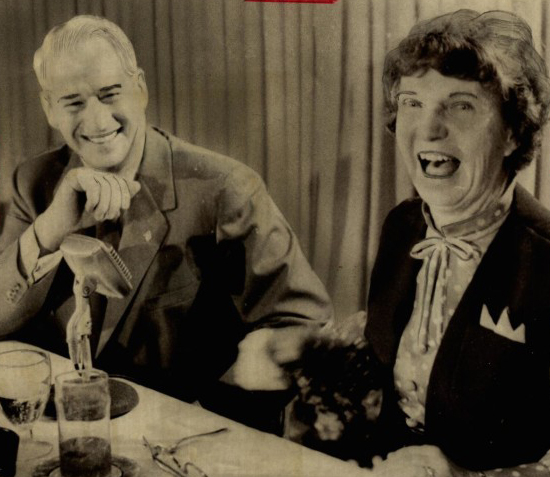 Tulsa civic leader and oilman Robert LaFortune was born on January 24, 1927, at St. John Medical Center in Tulsa. In 1920 his father, Joseph Aloysius LaFortune, and his mother, Gertrude Leona Tremel LaFortune, had moved there from South Bend, Indiana. Joseph LaFortune worked for Warren Petroleum Company for approximately thirty years, retiring as executive vice president. He had attended Notre Dame University for two years and had served on its Board of Trustees (1941–71). In 1952 he and his wife donated the LaFortune Student Center to that university. Before and after retirement he maintained a significant community presence and funded the development of LaFortune Park in Tulsa.

The younger LaFortune attended Marquette Elementary School and graduated from Cascia Hall High School in 1944. After high school he served in the U.S. Merchant Marine Cadet Corps for two years, including a year at sea. After returning, he attended the University of Tulsa before transferring to Purdue University and earning a degree in chemical engineering in 1955. After college LaFortune worked five years for the Reilly Tar and Chemical Company and later bought an interest in Reed Drilling Company. He also received a direct commission as a second lieutenant in U.S. Air Force Reserve. He served ten years in the Tulsa reserve unit, rising to the rank of captain.

LaFortune served as Tulsa's commissioner of streets and public property (1964–70) and as mayor (1970–78). As commissioner he participated in the development of the Port of Catoosa through purchasing land for the port and working with engineers on its design. As mayor he played a significant role in developing Tulsa's freeway system and securing public-private funding for construction of the city's Performing Arts Center.

After leaving the mayor's office, LaFortune served on the boards of the Williams Companies, the Bank of Oklahoma Financial Corporation, and Apco Argentina. He also served on the boards of the Philbrook Museum of Art, St. John Medical Center, Cascia Hall School, and the local and national boards of the Boy Scouts of America. In 1988 he presided over the Southern Hills Country Club Board. He was a charter member of the performing Arts Center Trust and the Oklahoma Ethics Commission. He served one year on the Governor's Task Force on Early Education.

LaFortune, a life-long Republican, worshiped as a Roman Catholic and was a member of the Christ the King Parish in Tulsa. His recognitions have included the Silver Buffalo, Beaver, and Antelope Awards from the Boy Scouts of America, the National Conference of Community Justice (formerly the National Conference of Christians and Jews) Brotherhood Award, the 1992 Outstanding Chemical Engineer Award from Purdue University, an honorary doctor of laws degree from Tulsa University, and induction into the Engineering Hall of Fame at Tulsa University, the Tulsa Hall of Fame, and the Oklahoma Hall of Fame.

Robert J. LaFortune, "The River and the Port," in Tulsa: Official Publication of the Metropolitan Tulsa Chamber of Commerce 48 (March 1971).

Amy Louise Scott, "A Tale of Two Cities, Tulsa, Boulder, and the Planning of the Urban West" (M.A. thesis, University of Tulsa, 1999).

The following (as per The Chicago Manual of Style, 17th edition) is the preferred citation for articles:
Kent A. Schell, “LaFortune, Robert James,” The Encyclopedia of Oklahoma History and Culture, https://www.okhistory.org/publications/enc/entry.php?entry=LA004.