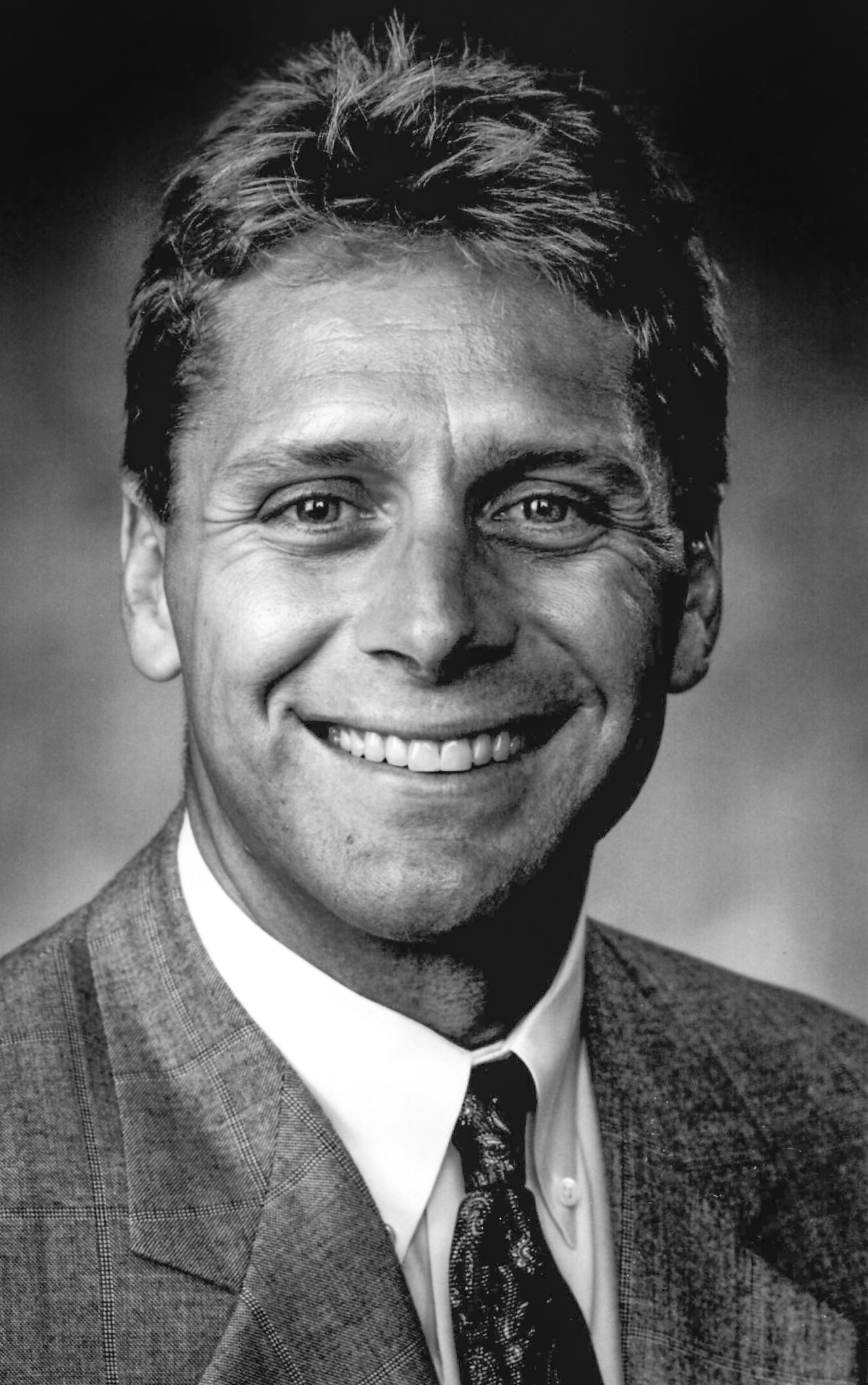 One of Oklahoma's U.S. representatives in the 1990s, Steve Largent was born in Tulsa, Oklahoma, on September 28, 1954. He graduated from Putnam City High School, in Oklahoma County, and in 1976 received a bachelor's degree in biology from the University of Tulsa. While there, he played football. As a star receiver at Tulsa, Largent led the nation in touchdown catches in 1974 and 1975. Joining the Seattle Seahawks, a new team, he played in the National Football League for fourteen years. In 1988 he was named NFL Man of the Year. He set six career records and was tapped for seven Pro Bowls before retiring in 1989 as the most successful wide receiver in professional football history up to that time. He held concurrent career records in yards gained, receptions (819), and touchdowns. Largent was inducted into the Pro Football Hall of Fame in 1995.

A Republican, on November 29, 1994, he was appointed as a U.S. representative to Congress from District One to fill the unexpired term of Rep. James Inhofe, who had been elected to the U.S. Senate. Largent was subsequently elected to the District One seat and served through February 15, 2002. He held a seat on the Commerce Committee, was vice chair of the Energy and Air Quality Subcommittee, and served on three subcommittees: Telecommunications, Oversight and Investigations, and Environment and Hazardous Materials. He resigned to run for the position of governor of Oklahoma but was not elected. Afterward, he worked as a marketing consultant for major corporations and remained a Tulsa resident. In 2000 Largent received the National Collegiate Athletic Association's annual Silver Anniversary Award honoring students who had distinguished themselves during twenty-five years after the end of a collegiate athletic career.

The following (as per The Chicago Manual of Style, 17th edition) is the preferred citation for articles:
Dianna Everett, “Largent, Steve,” The Encyclopedia of Oklahoma History and Culture, https://www.okhistory.org/publications/enc/entry.php?entry=LA022.