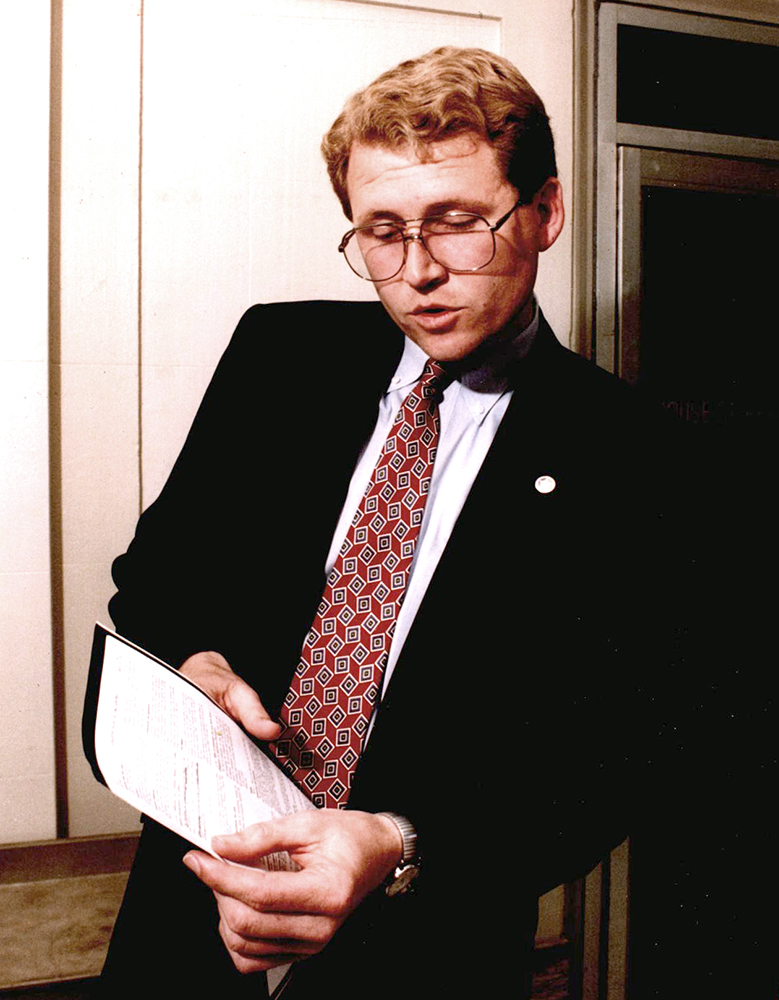 U.S. Rep. Frank Dean Lucas was born on January 6, 1960, in Cheyenne, Oklahoma, to T. E. "Ike" and Brilla Aderholt Lucas. A fifth-generation Oklahoman and a 1982 Oklahoma State University graduate with a bachelor's degree in agricultural economics, Lucas became involved in politics as a member of the College Republicans. In 1984 and 1986 he unsuccessfully sought a seat in the Oklahoma House of Representatives but was elected in 1988. Serving on committees concerned with taxes, agriculture, energy, small business, and government reform, he also chaired the House Republican caucus. He received recognition for passage of his "young farmer bill," which gave assistance to first-time farmers and/or young people.

In 1994 Glenn English, congressman from Oklahoma's Sixth District, resigned from the U.S. House. Lucas won the post, in his closest race, as he easily won each successive campaign. While in Congress, Lucas has served on various committees, including agriculture, banking and financial services, and science. He also chaired the Agriculture Subcommittee on Conservation, Credit, Rural Development, and Research. He secured funding for small watershed dams, because Oklahoma has almost 20 percent of the nation's small dams. Lucas also aided American Indians with legislation making it easier to lease minerals on their land. Because of possible threats to the nation's food supply after September 11, 2001, Lucas's proposals for monitoring both imported and domestic food were incorporated into a bioterrorism bill, enacted in 2002. As the conservation subcommittee chair, he played a major role in drafting agriculture legislation passed in 2002.

When Oklahoma lost a congressional district after the 2000 census, the Democrat-controlled state legislature hurried to redistrict the state whereby two Republican incumbent congressmen would be in the same district. The retirement of incumbent Wes Watkins and the approval of the state court redistricting plan meant that none of the remaining congressmen were in the same district. In 2002 Lucas won election from his new Third District with 76 percent of the vote. In that year Lucas, his wife, the former Lynda Bradshaw, and their three children remained engaged in farming and ranching in Roger Mills County.

The following (as per The Chicago Manual of Style, 17th edition) is the preferred citation for articles:
Carolyn G. Hanneman, “Lucas, Frank Dean,” The Encyclopedia of Oklahoma History and Culture, https://www.okhistory.org/publications/enc/entry.php?entry=LU002.