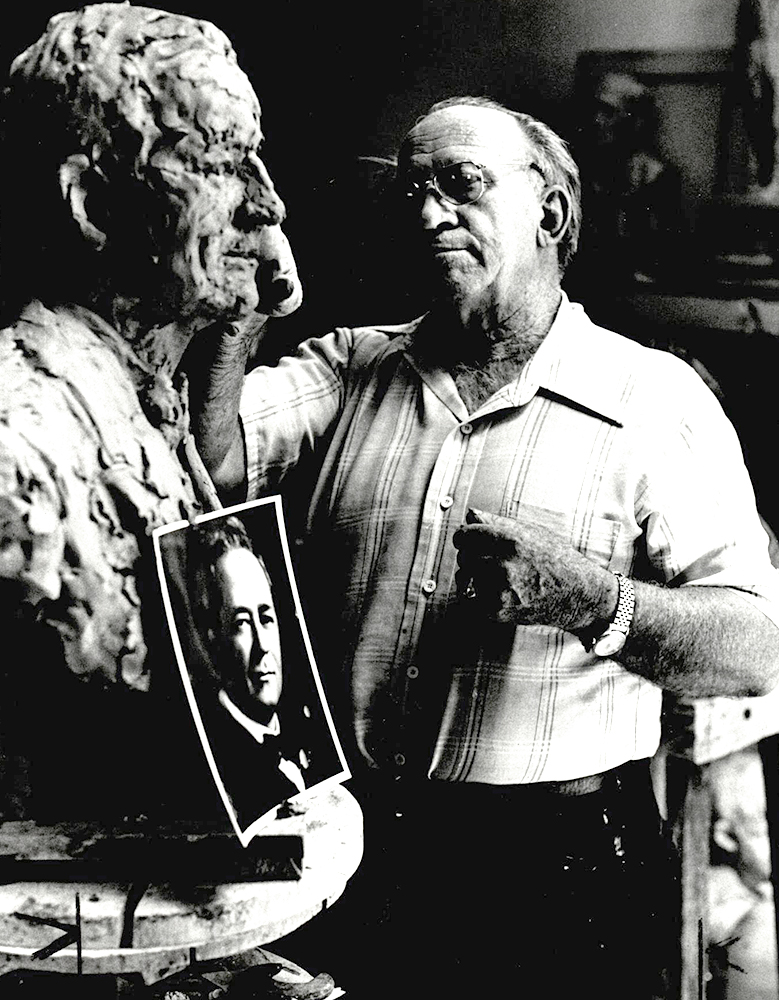 Born in Memphis, Texas, on June 23, 1913, Leonard McMurry became one of Oklahoma's most prolific sculptors of the twentieth century. He first studied at West Texas State College under Isabelle Robinson and also attended Texas A&M University. At Washington University in St. Louis he earned several scholarships and medals as well as a degree in fine arts. In 1940–41 he studied abroad, and in 1941 his work received Honorable Mention in the Prix de Rome competition. Then came a four-year stint in the U.S. Army during World War II. In 1945 he married Maurine Pointer. After the war McMurry resumed his studies in St. Louis under sculptor Carl Mose and later moved to Syracuse University (New York) in 1949–52 to study under Yugoslavian sculptor Ivan Mestrovic. McMurray came to Oklahoma in 1955.

Over a lengthy career McMurry showed his bronzes, which are primarily figurative, in many venues, from Oklahoma City to St. Louis to New York City. In 1952 his work was included in the National Sculpture Society show in New York. Among his works in Oklahoma are The 89er, at the Oklahoma City Civic Center, The Legend of the Great Westerner (informally called "Buffalo Bill") at the National Cowboy and Western Heritage Museum in Oklahoma City, and Healing Hands, at City of Faith Hospital/Oral Roberts University in Tulsa. For the 1982 Diamond Jubilee of Oklahoma statehood he completed a series of twenty-one busts of Oklahoma's governors. He also created fourteen busts for the National Hall of Fame for American Indians in Anadarko. Leonard McMurry died in 2008.

The following (as per The Chicago Manual of Style, 17th edition) is the preferred citation for articles:
Dianna Everett, “McMurry, Leonard D.,” The Encyclopedia of Oklahoma History and Culture, https://www.okhistory.org/publications/enc/entry.php?entry=MC038.