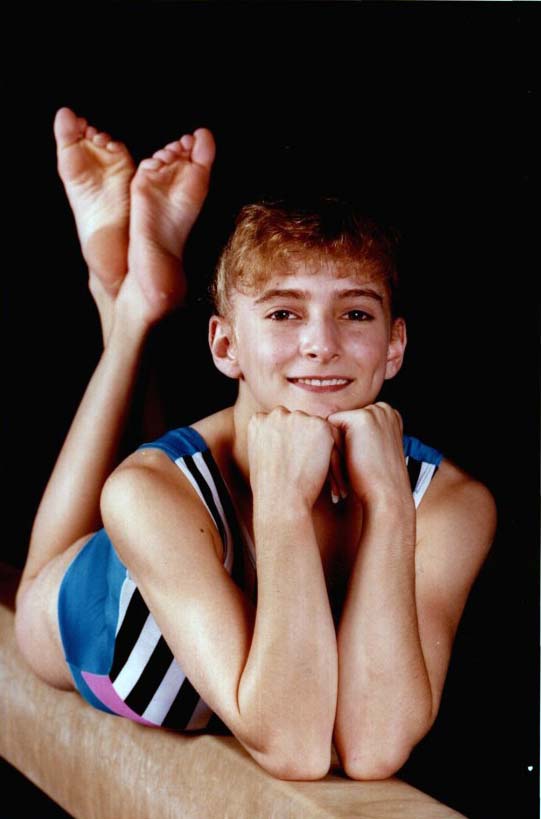 An Olympic gold-medal–winning gymnast, Shannon Miller was born on March 10, 1977, in Rolla, Missouri, one of three children of Claudia and Ron Miller. The family moved to Edmond, Oklahoma, when Shannon was six months old. Two months earlier her doctor had discovered that her legs were turning inward, and he placed her in leg braces for six months.

After the children received a trampoline for Christmas, their parents enrolled them in classes at a local gymnastics center. Shannon enjoyed the activity so much that her parents could use it as leverage if she got in trouble. In 1986 Miller spent two weeks at a training camp in the Soviet Union, and Steve Nunno, later her trainer, noticed her. After returning to the United States, she joined Nunno's team, the Dynamos, and began training in earnest. By the end of the season she held the Class II state championship.

Shannon Miller was a selected for the U.S. Olympic teams in 1992 and 1996. In 1992 she won silver medals in balance beam and all-around and bronze medals in floor exercises, uneven parallel bars, and team all-around. In 1996 at the Atlanta Olympic Games the women's team won Shannon her first gold medal, and she also won the gold in balance beam. At that time she had earned more Olympic medals (seven) and World Championship medals (nine) than any other American gymnast. She overcame all obstacles, including injuries and fierce competition. Earning fifty-eight international and forty-nine national competition medals, at that time she was the only American to have won two consecutive World Championship all-around titles.

Guided by Nunno and Peggy Liddick, she established a permanent place in gymnastics history while maintaining a full personal life. In 1999 she married Oklahoma native Chris Phillips, a medical student. They later divorced. Miller earned a bachelor's degree from the University of Houston and a law degree from Boston College.

Miller's honors include four nominations for the Sullivan Award (honoring the nation's top amateur athlete). She was presented the Master of Sport Award (one of the highest honors a gymnast can receive) in 1993 at the USA Gymnastics Congress, and she was one of four finalists for the Zaharias Award in 1992, 1993, and 1994. In 1994 she won the Dial Award (America's most coveted award for high school seniors), was named Athlete of the Year at the USA Gymnastics Congress, was awarded the first Henry P. Iba Citizen Athlete Award, and was named a Team Xerox Olympian.

The following (as per The Chicago Manual of Style, 17th edition) is the preferred citation for articles:
Kay Straughn, “Miller, Shannon Lee,” The Encyclopedia of Oklahoma History and Culture, https://www.okhistory.org/publications/enc/entry?entry=MI032.