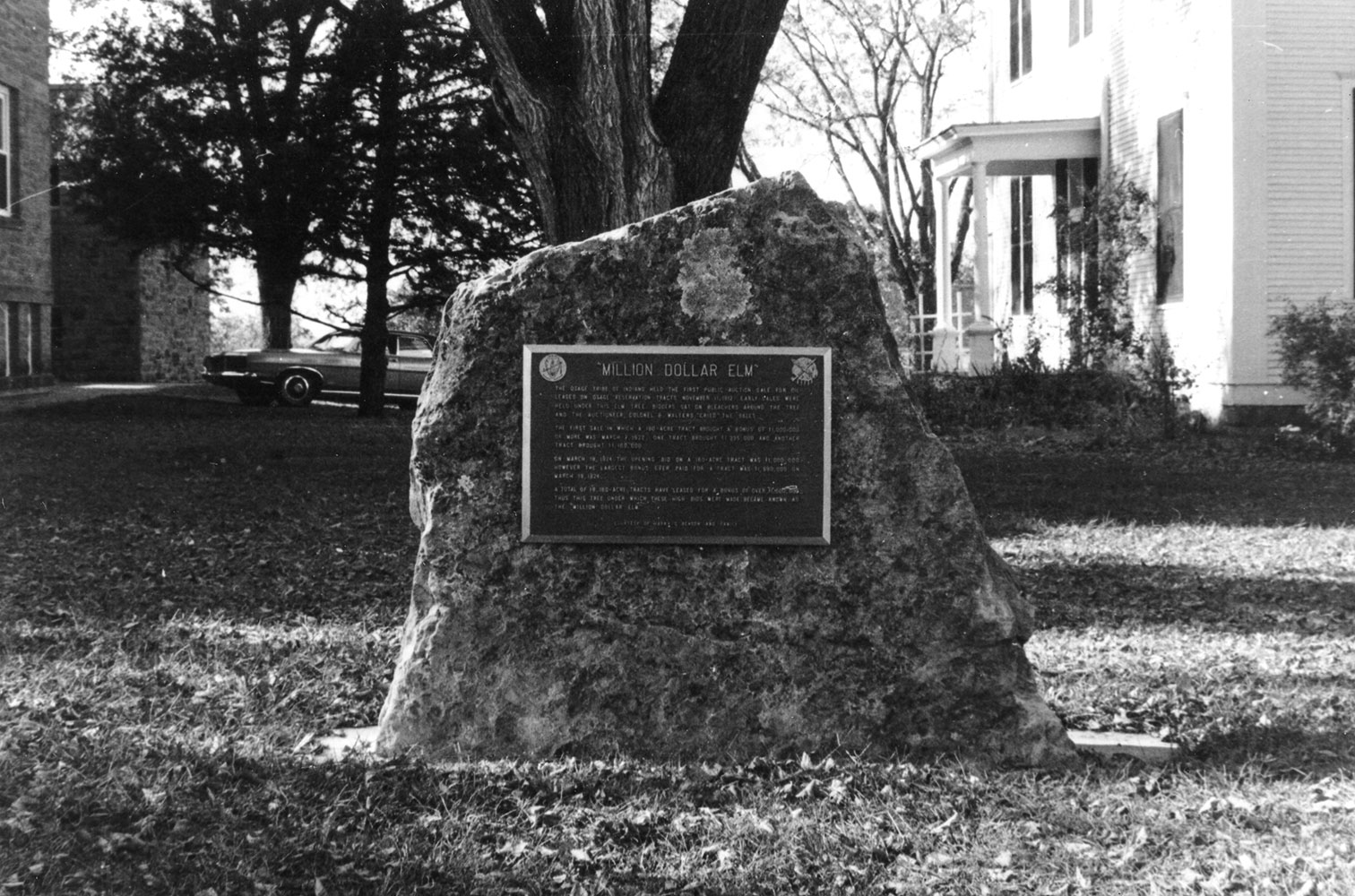 Located east of the present Osage Nation Tribal Museum at Pawhuska in Osage County, Oklahoma, the Million Dollar Elm was the site of public oil and natural gas lease auctions that began in November 1912. Colonel (his real name) Ellsworth Walters, of Skedee in Pawnee County, Oklahoma, became the official auctioneer of the Osage Nation in 1916. Under his direction the auctions usually began at 10:30 a.m. and often continued until 9:30 or 10:00 p.m. In attendance were such notable oilmen as Frank Phillips, L. E. (Lee Eldas) Phillips, Waite Phillips, William G. Skelly, and Ernest W. Marland. Millions of dollars were bid beneath the tree, thus its designation as the "Million Dollar Elm." In 1970 the Oklahoma Petroleum Council and the Oklahoma Historical Society dedicated a monument to the elm. The tree died of Dutch elm disease during the early 1980s and was cut down, but the monument remained.

The following (as per The Chicago Manual of Style, 17th edition) is the preferred citation for articles:
Jon D. May, “Million Dollar Elm,” The Encyclopedia of Oklahoma History and Culture, https://www.okhistory.org/publications/enc/entry?entry=MI036.