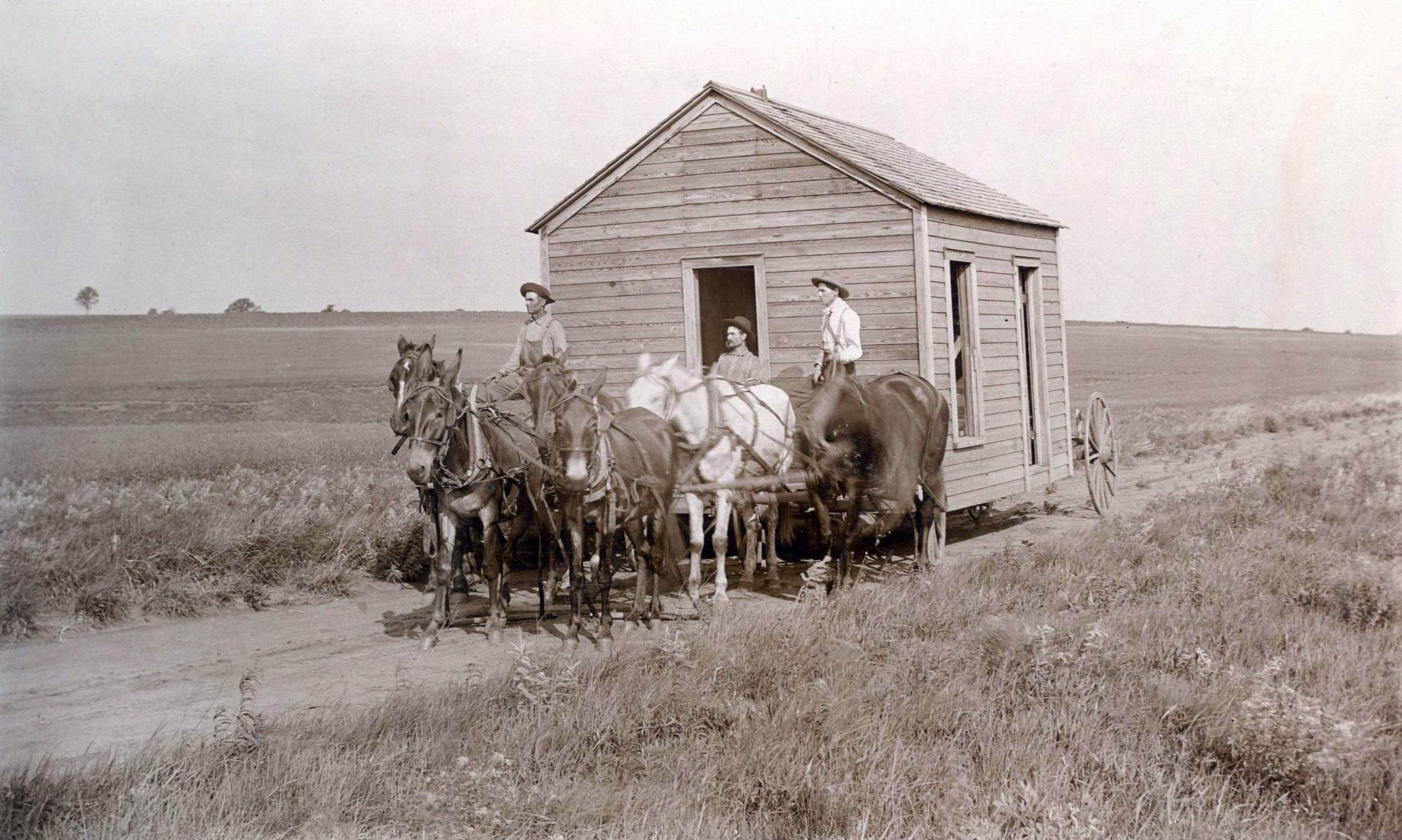 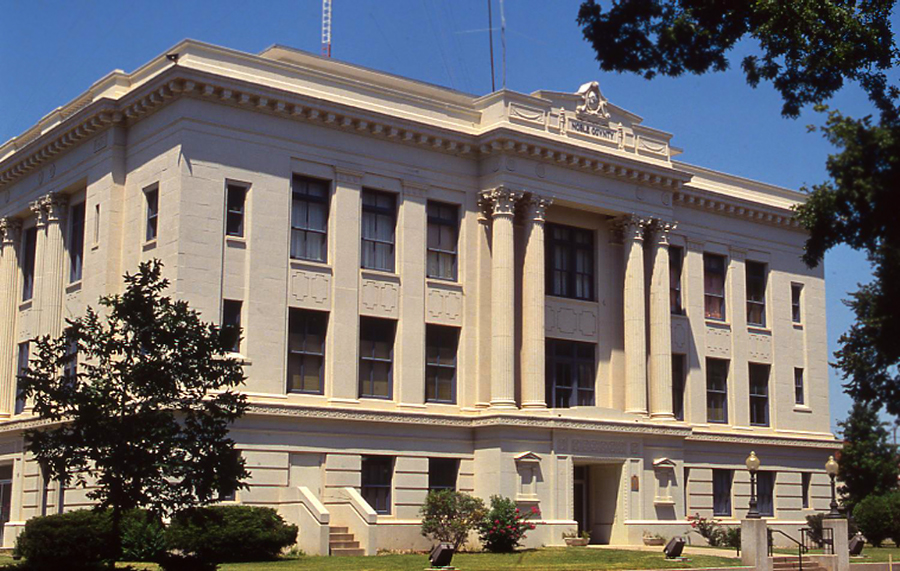 Situated in north-central Oklahoma, Noble County consists of 742.44 square miles of land and water area. Bordering counties include Kay on the north, Garfield on the west, Logan and Payne on the south, and Osage and Pawnee on the east. Perry is the county seat. Lying within the Osage Plains/Red Bed Plains physiographic region, the countryside is marked by bottomlands of two major creeks and by gently rolling, grassy uplands. Noble County is drained by Red Rock Creek in the north and by Black Bear Creek in the south; both empty into the Arkansas River, which forms part of the county's northeastern boundary.

The region has been used and often occupied by Native groups. Surface evidence indicates the early presence of Paleo-Indian and Archaic peoples. In the 1970s archaeological testing for an industrial site in the county's northeastern corner revealed occupation by people of the Woodlands and Plains Village cultures (A.D. 1 to 1500) and later by Indians of the historic period. In the eighteenth and nineteenth centuries the Osage traveled the area during their hunts. In 1835 the region became part of the Cherokee Outlet, created by treaty with the Cherokee Nation. The Otoe-Missouria Reservation and the Ponca Reservation occupied the northeastern corner of the present county until 1904.

During the period of Cherokee ownership white cattle ranchers of the Cherokee Strip Live Stock Association leased much of the Indian land for grazing. Outfits operating there until 1893 were Wiley and Dean, Wyeth Cattle Company, and McClelland Cattle Company. Later, the Miller Brothers 101 Ranch, based in Kay County, extended into the northern part of Noble County by leasing the pasturelands of the Ponca Reservation. Robert M. Bressie's Figure 3 Ranch also functioned from 1897 on land leased from the Ponca in the bend of the Arkansas River. This area and the Otoe-Missouria lands were added to Noble County in 1904 when the reservations were ended. Ranching and cattle raising have remained important economic activities in the twentieth century, especially in the northeast.

With the 1893 land run the Outlet was divided into counties. County P became Noble County, named for John W. Noble, interior secretary in 1893. The county's area was reduced to 675 square miles when several townships were assigned to other counties, but in 1907 two townships were returned. Noble County has remained at 742.44 square miles of land and water area. The town of Perry, laid out in August 1893 by federal surveyors as the county seat and land-office town, immediately had five additions, because a horde of settlers followed the run. Other towns were surveyed and platted, and dispersed rural settlements quickly appeared. By 1900 the county's residents came to include immigrant Bohemians (Czechs), Germans, and Germans from Russia, and their children, many of whom had come from Kansas to settle in Black Bear and Noble townships. Also in Noble Township, Edward P. McCabe created a short-lived All-Black town called Liberty near the railroad and Arnettville. A large African American population also resided in Perry in the first decade of the twentieth century. These and other settlers from around the nation raised the county's population from 14,015 in 1900 (including 680 on part of the Otoe-Missouria Reservation and 1,537 on part of the Ponca Reservation) to 14,198 in 1907 (the reservations having been allotted) and to 14,945 in 1910. By 1920, owver, the number had declined slightly to 13,560.

Rail systems provided Noble County ranchers and farmers with access to regional and national markets and goods. While completing its route from Kansas to Texas, the Southern Kansas Railway (later part of the Atchison, Topeka and Santa Fe Railway) built a line southward through the area in 1886. In 1903 the Arkansas Valley and Western Railroad (after 1907 part of the St. Louis and San Francisco system) constructed tracks westward from Tulsa and linking Pawnee, Morrison, Perry, and Enid. The Enid and Tonkawa Railway (a Chicago, Rock Island and Pacific or CRI&P property) constructed a short line from North Enid (Garfield County) to Billings, in northwestern Noble County, in 1899 to transport wheat. Thus, transportation enabled the marketing of large crops of wheat, the area's primary crop, and the shipping of cattle. Wheat has generally been successful in the northern half of the county. Alfalfa, oats, corn, and barley have also been important.

Although agriculture has been the county's mainstay, petroleum development has provided residents with jobs and income. Noble County is part of the Mid-Continent oil and gas region. In 1915–19 natural gas wells were completed in the Morrison/Watchorn Field (east of the Pawnee County line), and in the 1920s oil was discovered in Noble County. Fields that produced during the first half of the twentieth century included Billings (1916–17), East Billings (1919), Polo (1920), Tonkawa/Three Sands (1921, also in Kay County), and Perry (1922). A CRI&P rail line was extended from Billings to Tonkawa and Ponca City in 1926 and 1927 to serve the oil fields. Although the oil and gas business eventually declined, the revival of exploration activity in the 1970s and early 1980s brought renewed prosperity and population increase.

Economic development was reflected in population increases, with the 1930 census finding 15,139 county residents. Nearly three dozen towns once existed in the county. A population decline began in the 1930s, and in 1940, 1950, 1960, and 1970 the census counts were 14,826, 12,156, 10,376, and 10,043, respectively. Until school consolidation reduced the number, rural dispersed communities and small towns at one time supported 178 school districts that served more than two thousand students. In addition to Perry, in 2010 Noble County's incorporated towns included only Red Rock, Billings, Marland, and Morrison, and five other organized communities, Ceres, Gansel, Lucien, Otoe, and Sumner, existed in 2000 but were unincorporated.

Transportation remained important to life and work in Noble County towns and rural areas. State roads began to be developed in the 1910s. U.S. Highway 64 crosses the county east-west as does U.S. Highway 412, which is also the Cimarron Turnpike. The major north-south arteries are U.S. Highway 177 and U.S. Highway 77/State Highway 86. Roads facilitated recreation areas at Lake McMurtry, in the south-central part on the Payne County line, and at Sooner Lake, in the northeast on the Pawnee County line. The Cherokee Strip Museum in Perry preserves and interprets the region's heritage with exhibits and with programs in Rose Hill School, an outdoor educational facility.

The following (as per The Chicago Manual of Style, 17th edition) is the preferred citation for articles:
Dianna Everett, “Noble County,” The Encyclopedia of Oklahoma History and Culture, https://www.okhistory.org/publications/enc/entry?entry=NO003.