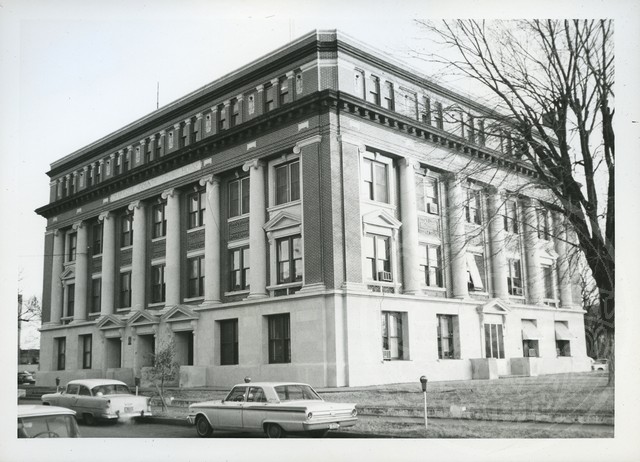 Located in east-central Oklahoma, Okmulgee County is encircled by Creek County to the west-northwest, Tulsa County on the north, Wagoner County to the northeast, Muskogee County on the east, McIntosh County to the south-southeast, and Okfuskee County on the south-southwest. The county has a total of 702.30 square miles of land and water area. Eastern Okmulgee County lies within the Eastern Lowlands physiographic region and the western part is in the Osage Plains. Deep Fork of the Canadian River and its tributaries are its major stream system. Interstate 40, U.S. Highways 62, 75, 75 ALT, and 266, and State Highways 16, 52, and 56 traverse the county. In 2010 its incorporated communities included Okmulgee (the county seat), Morris, Henryetta, Beggs, Grayson, Hoffman, Dewar, Liberty, Schulter, and Winchester.

A 1981 archaeological survey identified twenty-one prehistoric sites in Okmulgee County. The area's early history embodies that of the Muscogee (Creek) Nation, who originated east of the Mississippi River. Under the provisions of treaties signed in 1826 and 1832, the Creek exchanged the land that they owned in Georgia and Alabama for "security" and land the United States had acquired through the Louisiana Purchase in 1803. The first Creek contingency left Georgia in 1827 and the last in 1836. Some twenty thousand Creek made the perilous journey referred to as the "Trail of Tears."

Reorganized in the Indian Territory (present Oklahoma), the Creek government, under the leadership of Principal Chief Samuel Checote, revised its constitution in 1867 and selected Okmulgee as their capital in 1868. The name Okmulgee comes from the Hitchita (Lower Creek) word oki mulgi, meaning "boiling waters." Okmulgee Creek, which meanders through the area, was seldom dry and made an ideal meeting place. In 1869 the Creek Nation built its council house. Originally a log building, the council house was rebuilt with native stone in 1878. At the turn of the twenty-first century that structure served as a museum for Muscogee Creek history.

When the Creek selected Okmulgee as their capital, merchants Frederick B. Severs and Columbus Belcher from Shieldsville, a small town three mile northwest of Okmulgee, abandoned their shops and moved there. Severs and Belcher each built establishments that later became the business center of the Creek Nation. On April 29, 1869, a U.S. post office was opened and Severs and Belcher became its first and third postmaster, respectively.

With a population of 14,362, Okmulgee County was organized at 1907 statehood, and Okmulgee became the county seat. County government offices were located within the Creek Council House (also known as Creek National Capitol, listed in the National Register of Historic Places, NR 66000632) until 1916 when work began on the present courthouse. The county's population increased from 21,115 in 1910 to a high of 56,558 in 1930. Factors contributing to the rise included the beginning of regular railway services and the discovery of oil.

Infrastructure development in the county between 1900 and 1930 accounted for thirty miles of paved road, three railways and extensive trolley service, residential telephone and utility services, a $1 million municipal water supply, three public schools, a public library, the largest glass manufacturing center in the state, some of the most productive oil and coal fields in the nation, and airports in Okmulgee and Henryetta. The country lost population after 1930, with 50,101 reported in 1940, 44,561 in 1950, and 35,358 in 1970. In the decades leading up to 2000, the county's population had declined to 39,169 in 1980 and 36,490 in 1990. At the turn of the twenty-first century Okmulgee County counted 39,685 residents. In 2010 there were 40,069, of whom 65.8 percent were white, percent American Indian, 8.7 percent African American, and 0.1 percent Asian. Hispanic ethnicity was identified as 3.2 percent. Manufacturing and production accounted for the majority of county's jobs, and farming provided only 2.7 percent of jobs. The City of Okmulgee participated in the Oklahoma Department of Commerce's Main Street project.

The county's historic sites and points of interest include the Muscogee Creek Council House Museum, the Muscogee Creek Tribal Complex, the Okmulgee Black Hospital (NR 84003387), the Nuyaka Mission, and Oklahoma State UniversityâOkmulgee, all in Okmulgee proper; Okmulgee State Park and the 720-acre Okmulgee Lake, southwest of the city along State Highway 56; and Deep Fork National Wildlife Refuge, south of Okmulgee along U.S. Highway 75. The county is the home of the Nuyaka Creek Winery, the Natura Winery, and several organic farms.

The following (as per The Chicago Manual of Style, 17th edition) is the preferred citation for articles:
Glynis Coleman, “Okmulgee County,” The Encyclopedia of Oklahoma History and Culture, https://www.okhistory.org/publications/enc/entry.php?entry=OK094.