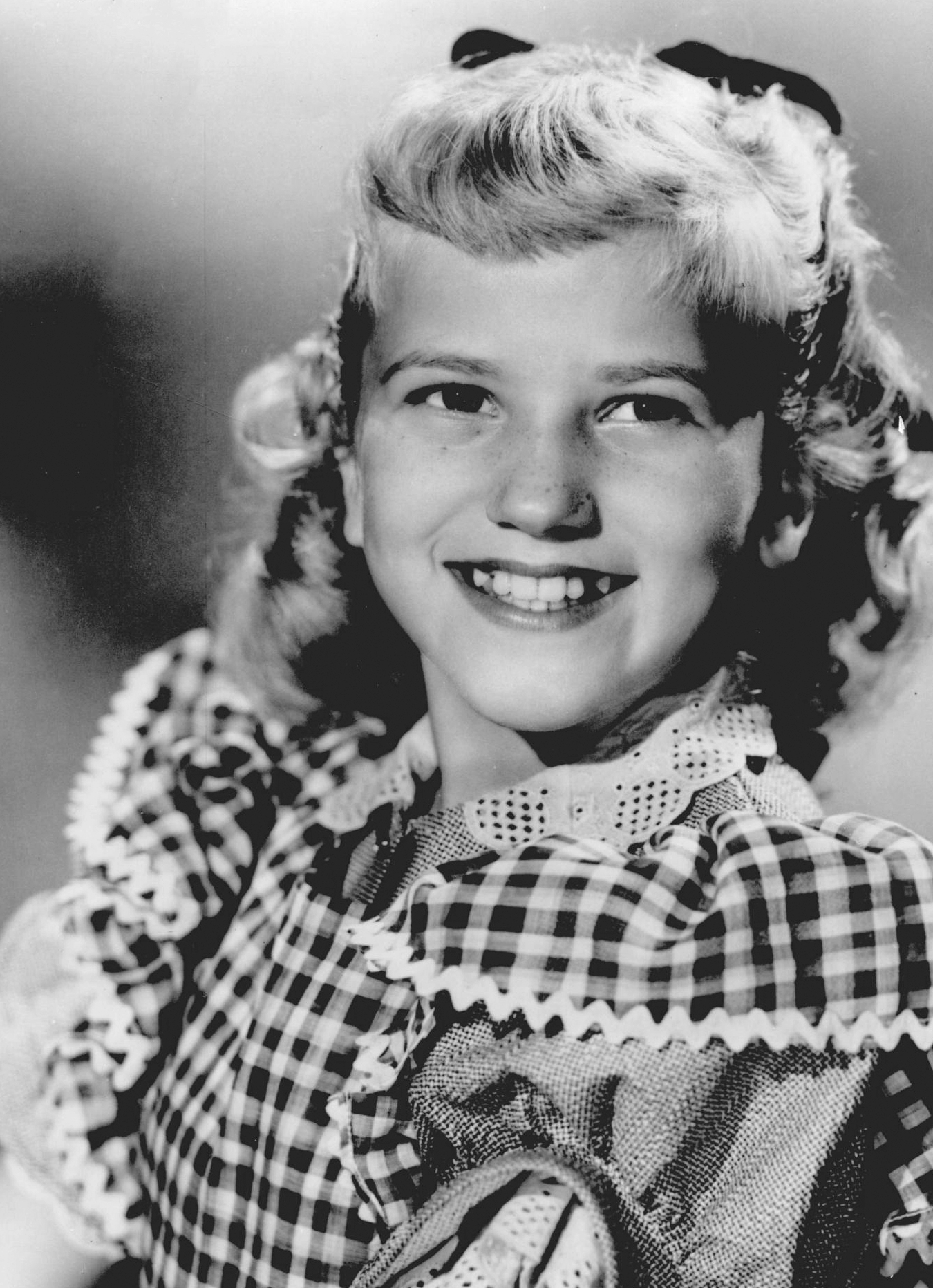 Gayla Rienette Peevey, child singing star from Oklahoma City, is best known for recording the novelty song “I Want a Hippopotamus for Christmas.” She was born in Oklahoma City on March 8, 1943, to Lewin Austin and Edith Irene Horton Peevey, an Internal Revenue Service employee and a homemaker, respectively. The family moved to Ponca City, Oklahoma, in 1948 where she attended elementary school, sang in the church choir, and performed at community events.

Peevey’s music career began at age eight when her uncle, who played fiddle on an Oklahoma City radio broadcast, arranged a guest spot for her. That led to a regular appearance on two local NBC television shows, Chuck Wagon Gang and Sooner Shindig. Soon she was touring and singing around Oklahoma. The Peeveys moved to Oklahoma City in 1953 after she became well known on television. Shortly, NBC relocated the Peeveys from Oklahoma City to San Diego to be near Hollywood. Gayla Peevey became a regular singing duet with Hoagy Carmichael on Saturday Night Review.

Her popularity garnered her a record contract with Columbia Records. In 1953 Columbia Records flew ten-year-old Peevey to New York City to record “I Want a Hippopotamus for Christmas,” written by John Rox with accompanying music by the Mitch Miller Orchestra. The record peaked at number twenty-four on the Billboard Music Chart and sold more than three hundred thousand copies. She performed the song on the CBS television network’s Ed Sullivan–hosted show Toast of the Town. She also appeared in nationally known, biweekly LOOK magazine on December 29, 1953.

With the support of Oklahoma’s WKY television and the Oklahoma City Times and Daily Oklahoman newspapers, the Oklahoma City Zoo capitalized on the song’s popularity. Not quite fifty years old and still without a hippopotamus, the zoo launched a fund-raising campaign to “buy a hippo for Gayla.” Area school children donated more than three thousand dollars, and a baby hippopotamus named Matilda was purchased and given to Gayla, which she donated to the zoo on December 23, 1953. Matilda spent forty-five years at the Oklahoma City Zoo.

Peevey’s career included other hits in the 1950s, including “Are My Ears on Straight,” and continued into the 1960s. Her manager started his own label, Joy Records. When Peevey became a teenager, he offered her a contract if she would adopt a more mature name. As “Jamie Horton,” in 1959 sixteen-year-old Peevey wrote and recorded “My Little Marine,” which ranked number eighty-four on the Billboard Music Chart’s Hot 100. It gave her an opportunity to perform on Dick Clark’s American Bandstand several times. In the 1960s she had a minor hit song with a cover of Connie Francis’s “Robot Man.”

Peevey graduated from high school in San Diego, California, and from San Diego State University with a bachelor of education degree. She married schoolteacher and songwriter Clifford Henderson on August 25, 1963. They had one daughter. After retiring from performing, Gayla Henderson taught briefly and operated her own jingle advertisement company for fifteen years. In 2022 she lived in California.

The 1950s version of the song “I Want a Hippopotamus for Christmas” was rediscovered in recent years by several merchandisers and singers, including LeAnn Rimes. In 2016 it was the theme song for the United States Post Office Christmas Campaign. The Hallmark Company makes Christmas ornaments and cards that play the song.

“Famed Child Singing Sensation Gayla Peevey on The Comeback of Her Classic, I Want a Hippopotamus for Christmas,” Risen Magazine, https://www.risenmagazine.com/gayla-peevey/, accessed on March 1, 2022.

Joanne Kaufman, “A Voice of Christmas Past Returns, Asking for a Hippopotamus,” New York Times, 30 December 2016.

The following (as per The Chicago Manual of Style, 17th edition) is the preferred citation for articles:
Tally D. Fugate, “Peevey, Gayla Rienette,” The Encyclopedia of Oklahoma History and Culture, https://www.okhistory.org/publications/enc/entry.php?entry=PE026.