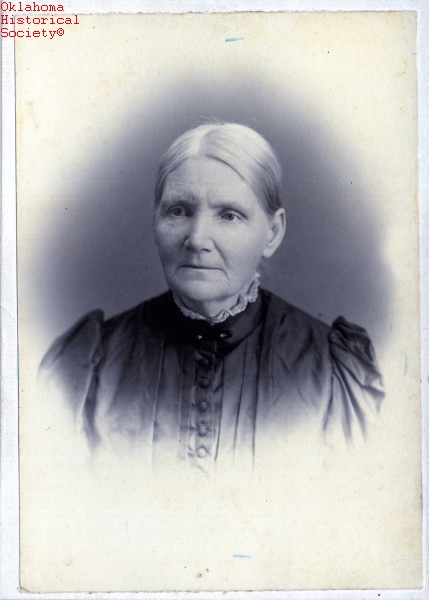 Missionary teacher and linguistics scholar Ann Eliza Worcester Robertson was born on November 7, 1826, in the Eastern Cherokee Nation at Brainerd Mission in Tennessee, where her father, Congregationalist missionary Samuel Austin Worcester, and her mother, Ann Orr Worcester, ministered to the Cherokee people. When the Cherokee were forcibly removed from the southeastern states to the Indian Territory (present Oklahoma), the Worcester family accompanied them. Samuel Worcester established a mission at Park Hill, and his daughter attended classes there. She later attended St. Johnsbury Academy in Vermont for several years. In 1846 American Board of Commissioners for Foreign Missions placed her as a teacher at Park Hill. She met William Schenck Robertson, a teacher at the Tullahassee Manual Labor Boarding School in the Creek (Mvskoke) Nation, soon afterward.

William S. Robertson and Ann Eliza Worcester married on April 16, 1850, at Park Hill, in the Cherokee Nation. The Presbyterian Board of Foreign Missions soon employed her as a teacher at Tullahassee. To their union were born three daughters, Ann Augusta, and Alice Mary (or Mary Alice, later a U.S. representative), and Grace Leeds, and a son, Samuel Worcester Robertson.

Robertson continued to teach at the Creek school, despite constant ill health, taking care of her growing family while providing training in homemaking arts for the women students. As she worked with them, she, too, became adept in the Creek's language. Her expertise led her to translate the entire New Testament and much of the Old Testament into publications for the students and congregation to use. Together, she and her husband produced a number of other translations, including two hymnals. She joined Rev. Robert M. Loughridge in compiling catechisms. In 1892 Wooster College (Ohio) awarded her an honorary doctorate for scholarly accomplishment in linguistics. At the time of her death at age seventy-nine on November 19, 1905, she was revising her New Testament translation for its fifth edition.

The following (as per The Chicago Manual of Style, 17th edition) is the preferred citation for articles:
Dianna Everett, “Robertson, Ann Eliza Worcester,” The Encyclopedia of Oklahoma History and Culture, https://www.okhistory.org/publications/enc/entry.php?entry=RO040.