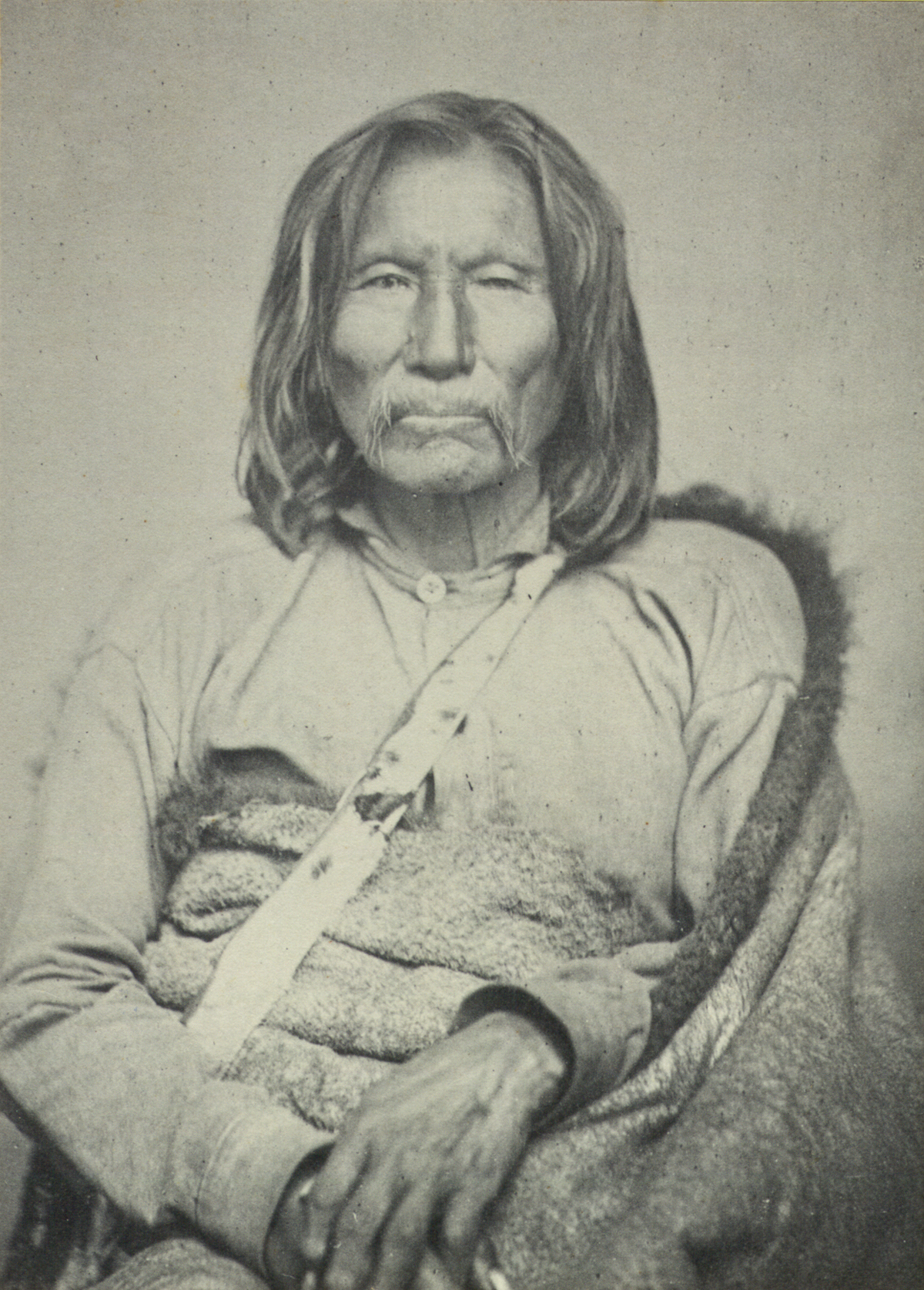 A Kiowa war chief and medicine man, Satank (Set-angia, Sitting Bear) was probably born circa 1800 near the Black Hills of South Dakota and was of Kiowa and Sarsi descent. A member of the Koitsenko warrior society, Satank won notoriety in combat against the Cheyenne, Pawnee, and other Kiowa enemies. Many Kiowa believed he possessed mysterious powers and shunned him. He was one of several leaders who emerged after the death of the chief Dohasan in 1866.

Satank was among those who placed their mark upon the Fort Atkinson Treaty of 1853 and the Medicine Lodge Treaty of 1867. The latter relegated the Kiowa to a reservation in the Leased District of Indian Territory. His discontentment with reservation life intensified after Texans killed his favorite son in 1870. An elderly but vengeful Satank joined Satanta, Big Tree, and other restless Kiowa, Kiowa-Apache, and Comanche warriors on raids into Texas.

On May 18, 1871, Satank participated in an attack upon a wagon train in which seven teamsters were killed near Fort Richardson, Texas. He was arrested at Fort Sill for his involvement in the massacre and was ordered to stand trial for murder. On June 8, 1871, he was placed securely in a wagon for transport to Jacksboro, Texas. Singing the Koitsenko death song, he assailed his military escort and was killed. His body was buried at Fort Sill.

The following (as per The Chicago Manual of Style, 17th edition) is the preferred citation for articles:
Jon D. May, “Satank,” The Encyclopedia of Oklahoma History and Culture, https://www.okhistory.org/publications/enc/entry.php?entry=SA023.