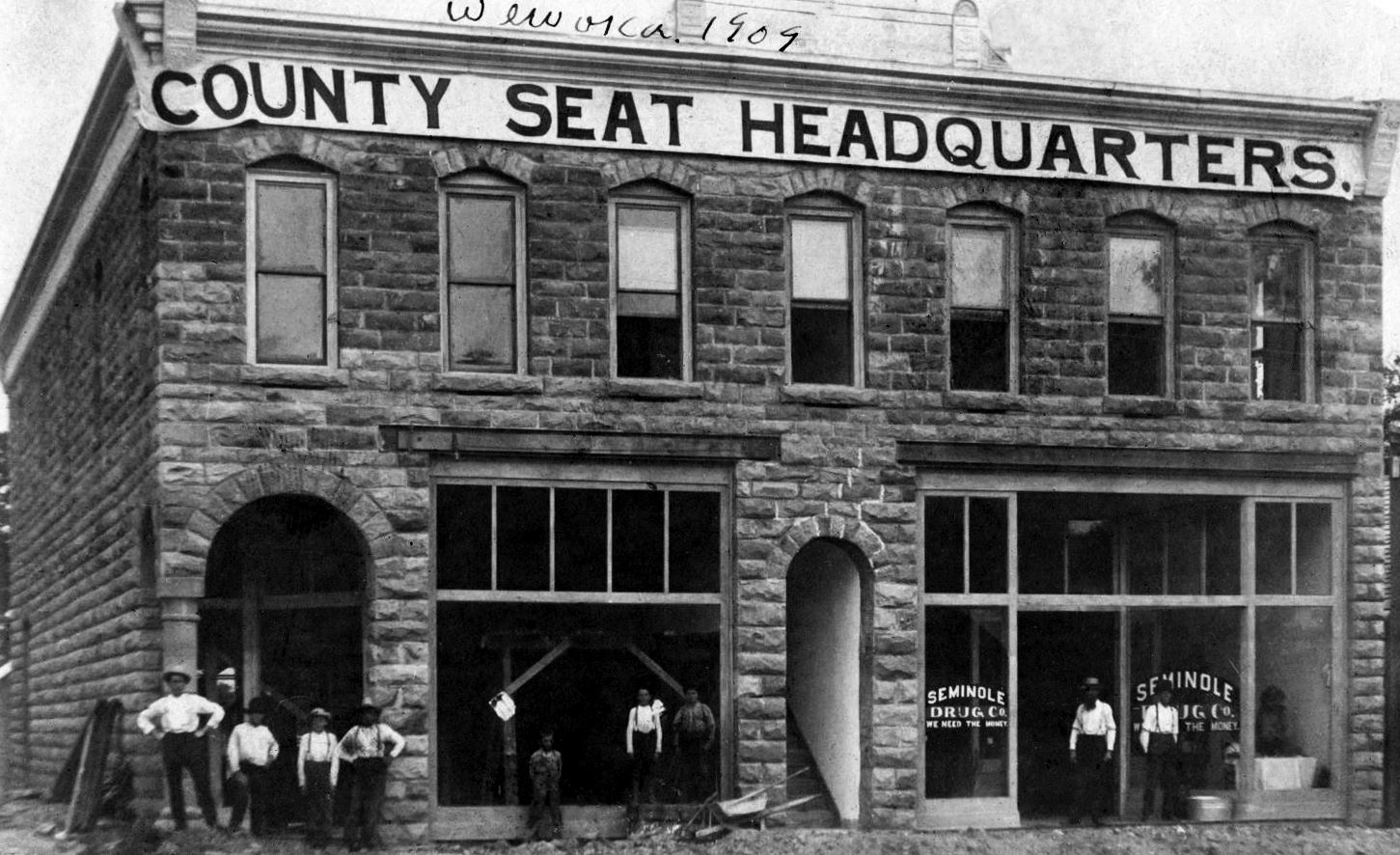 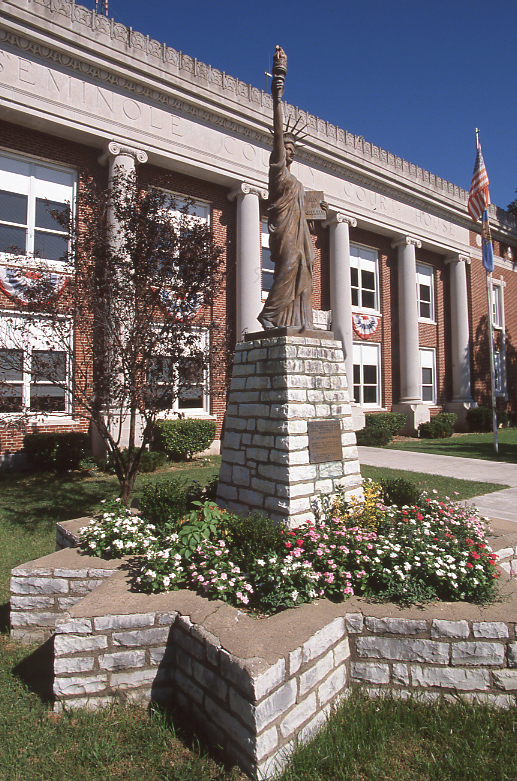 Located approximately fifty miles east of Oklahoma City along Interstate 40, Seminole County extends from the North Canadian River south to the Canadian River. The county is bordered by Pottawatomie County to the north and west, Pontotoc County to the south, Hughes County to the east, and Okfuskee to the east and north. Seminole County encompasses 640.57 square miles of total land and water area in the Sandstone Hills region of east-central Oklahoma. In 2010 the incorporated towns included Bowlegs, Cromwell, Konawa, Lima, Sasakwa, Wewoka (the county seat), and Seminole.

Twenty-five archaeological sites represent Seminole County's prehistory. One site dates to the Paleo period (prior to 6000 B.C.), thirteen to the Archaic period (6000 B.C. to A.D. 1), four to the Woodland period (A.D. 1 to 1000), and seven to the Plains Village period (A.D. 1000 to 1500). Between 1971 and 1972 archaeologists found stone dart points and other evidence indicating occupation of people from the late Archaic period at the Raulston-Rogers (SM-20) Site (listed in the National Register of Historic Places, NR 78002262).

In 1832 Washington Irving was among the early explorers of the area that was first settled by the Creek and Seminole in the 1830s. In 1856 the Seminole moved east of the county area to a separate reservation. As a result of the Reconstruction Treaties of 1866 and ensuing agreements over the following two decades, the Seminole were assigned lands that comprise present Seminole County. Confusion over boundaries caused the Seminole to purchase land from the federal government and the Creek Nation, which had been resettled to the east. The Seminole established their capital at Wewoka.

Presbyterian, Southern Baptist, and Methodist Episcopal mission schools sprouted quickly, but the major educational facilities were not created until 1893. The Mekasukey Academy (listed in the National Register of Historic Places, NR 74001668) for boys, near present Seminole, and the Emahaka Academy for girls, near Wewoka, began that year. These schools and the construction of the Choctaw, Oklahoma and Gulf Railroad (later the Chicago, Rock Island and Pacific Railway) influenced the location and growth of the two towns. In 1898 the Dawes Commission negotiated an allotment agreement with the Seminole that prepared the way for statehood and the creation of Seminole County out of the tribal land. In 1905 the Seminole sent delegates to the Sequoyah Convention in the unsuccessful effort to create a separate state out of Indian Territory.

Consequently, in 1907 Seminole County was created when Indian and Oklahoma territories were joined to form the state of Oklahoma. At 1907 statehood the county's population stood at 14,687, rising to 19,964 in 1920. In 1908 residents voted to designate Wewoka, the largest town in the county at that time, as the county seat. The Seminole National Capitol building, built by the Seminole after the Civil War, served as the courthouse until a new structure was constructed in 1927. The Seminole County Courthouse is listed in the National Register of Historic Places (NR 84003429).

One of the most famous occurrences in the county was the Green Corn Rebellion. In August 1917 a group of radicals associated with the Working Class Union formed groups in Seminole and surrounding counties to oppose and evade the World War I draft by destroying utilities, confronting law authorities, and, ultimately, marching to Washington, D.C. Approximately 450 were arrested. The event seemed to mark the end of Oklahoma's flirtations with socialism.

It is not surprising that agrarian radicalism emerged in Seminole County in the early twentieth century. The region was a relatively infertile agricultural area, made up predominately of tenant farmers who raised cotton, corn, peanuts, oats, and, hay. However, that changed in the early 1920s after O. D. Strother began searching for oil in the county in the late 1910s. The first great discovery well, the Betsy Foster Number One, was drilled near Wewoka in 1923. In rapid succession the Cromwell pool was developed in 1924, and the Fixico Number One brought in a gusher in the summer of 1926 in Seminole. The oil rush was on. At the height of its production the Seminole (city) Field accounted for 2.6 percent of the world's oil production. The county population increased from 23,808 in 1920 to 79,621 in 1930. The rapid influx of men, women, and machinery taxed the local infrastructure and produced colorful tales. Town histories relate stories of streets so muddy that cars sank up to their fenders. Hastily erected shacks, Bishop's Alley (a red-light district), and railroad activity in the city of Seminole were second only to Chicago. Cromwell, known as the "wickedest town in the United States," brought legendary William "Bill" Tilghman out of retirement to patrol its streets.

Clothing manufacturers and oil-field service providers have played a major role in the modern economy. Seminole County is served by Interstate 40, U.S. Highways 270 and 377, State Highway 9, and others. The county is the home of Seminole State College, the Seminole Nation Museum, and the Jasmine Moran Children's Museum. Other National Register of Historic Places include the Home Stake Oil and Gas Company Building (NR 86001094), the Sinclair Loading Rack (NR 85001698), and the Strother Memorial Chapel (NR 03000880), all located in the town of Seminole.

The following (as per The Chicago Manual of Style, 17th edition) is the preferred citation for articles:
William H. Mullins, “Seminole County,” The Encyclopedia of Oklahoma History and Culture, https://www.okhistory.org/publications/enc/entry.php?entry=SE014.