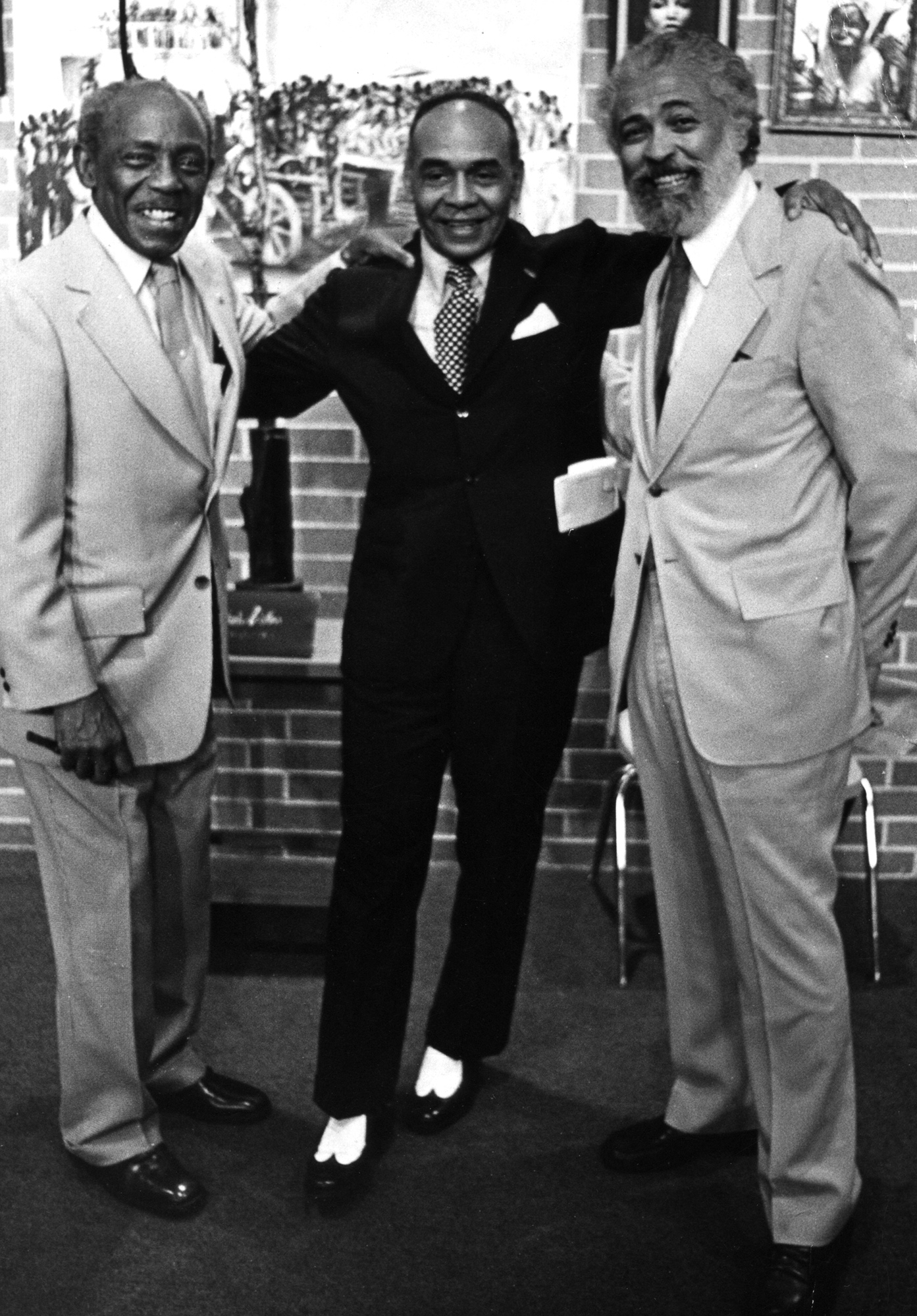 A leader in the Oklahoma City, state, and national Civil Rights movement, James Edward Stewart worked very closely with Roscoe Dunjee, editor and publisher of the Black Dispatch, a weekly Oklahoma City newspaper. The son of Zena Thomas Stewart and Mary Magdeline Fegalee Stewart, James Edward was born on September 6, 1912, in Plano, Texas. He had one half brother, Alfred, and two half sisters, Ella and Johnnie. The family moved to Oklahoma in 1916. Stewart's father died in 1920, leaving James to assist in supporting the family. Stewart attended Orchard Park Elementary School and later Douglass High School. There he and noted author Ralph Ellison both played in the band and became close friends.

In 1928 Jimmy Stewart and his mother moved to Wichita, Kansas. He enrolled in the tenth grade at Wichita High School East, and he transferred the next year to Wichita High School North. In September 1931 he entered the Oklahoma Colored Agricultural and Normal University (now Langston University). After attending only one year, he moved to Oklahoma City. Stewart married Mae Belle Hayes in 1932 and parented a son. The couple were divorced in 1934. Stewart later married Mae Lois Layne on May 12, 1942, and to this union were born two children.

In Oklahoma City Stewart found work at various hotels and clubs as waiter and custodian. After connecting with publisher Roscoe Dunjee, he began writing a weekly column, "Jimmy Says," for the Black Dispatch. Because he was acquainted with a top official at Oklahoma Natural Gas Company, Stewart gained employment as a janitor in June 1937; in September 1940 he was named manager of the company's eastside office Northeast Fourth Street. During World War II he volunteered for the U.S. Marines in 1943 and was assigned to the Fifty-first Defense Battalion. He achieved the rank of steward first class and was discharged honorably in December 1945. In 1976 he was appointed vice president of Oklahoma Natural Gas Company, and he served in that capacity until his retirement in September 1977.

Very active in the Civil Rights movement, Stewart served as president of the Oklahoma City branch of the National Association for the Advancement of Colored People (NAACP), as well as of the state chapter. He served on the NAACP national board for eight three-year terms. Through his work with Dunjee and the Black Dispatch, his outreach extended across the state and nation. In July 1982 Stewart was elected chairman of the Oklahoma City Urban Renewal Authority. In 1984 Gov. George Nigh appointed him to the State Narcotics and Controlled Drug Commission. He was president of Oklahomans for Progress, which was dedicated to the elimination of inequities based on race.

Jimmy Stewart's record of public service brought him many awards. In 1975 he received the Service to Mankind award from the Sertoma Club of Oklahoma City and in 1976 accepted the Golden Plate award from the NAACP. In 1980 a section of Northeast Fourth Street was named James E. Stewart Industrial Park. He was inducted into the Afro-American Hall of Fame by the Ntu Art Association (located at the Kirkpatrick Center in Oklahoma City) and in 1986 into the Oklahoma Hall of Fame. In 1994 Stewart was given the Pathmaker Award by the Oklahoma County Historical Society. The Oklahoma Parks and Recreation Department named a golf course for him at Northeast Tenth Street and Martin Luther King, Jr., Avenue. In 1997 he was inducted into the Oklahoma Journalism Hall of Fame.

A loyal and active member of the Episcopal Church of the Redeemer, James E. Stewart died on April 13, 1997,and was buried in Arlington National Cemetery.

The following (as per The Chicago Manual of Style, 17th edition) is the preferred citation for articles:
Hannah D. Atkins, “Stewart, James Edward,” The Encyclopedia of Oklahoma History and Culture, https://www.okhistory.org/publications/enc/entry?entry=ST032.