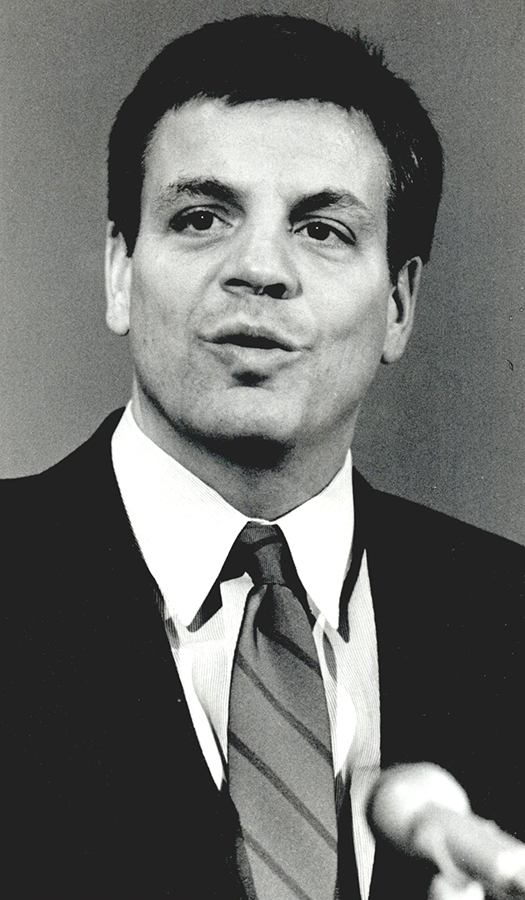 A dedicated public servant whose life was cut short by cancer, U.S. Rep. Michael Lynn Synar was born in Vinita, Oklahoma, on October 17, 1950, to Edmond and Virginia Anne Gann Synar. In 1971 the All-American Family Institute chose this family as the Outstanding Family in the United States. That same year Mike Synar served as a delegate to the White House Conference on Aging. He attended the University of Oklahoma, from which he received a bachelor's degree in 1972 and an LL.B. in 1977. In 1973 he was a Rotary International Scholar at the Graduate School of Economics, University of Edinburgh, Scotland. He also received a master's degree from Northwestern University in Evanston, Illinois, in 1974. He then pursued careers in ranching and real estate and later became a lawyer in Muskogee.

In 1978, after unsuccessful attempts to encourage someone to run against incumbent Second District Congressman Ted Risenhoover, Synar decided to run himself. He beat the representative in the Democratic primary runoff and won the general election. He served in the U.S. House of Representatives from January 3, 1979, to January 3, 1995. In 1980 he was named one of the Ten Outstanding Young Men of America by the United States Jaycees.

Mike Synar was considered a liberal, and he gained many political enemies by his adamant support for raising grazing fees on public rangeland, restricting tobacco advertising, reforming campaign financing, and controlling firearms. He opposed the Gramm-Rudman federal deficit reduction plan and initiated a lawsuit by which in 1986 the U.S. Supreme Court declared the plan unconstitutional. Playing a key role in air quality and energy legislation, he was an active member of the Committee on Energy and Commerce, although he never held the chair of it or its subcommittees. He chaired the Subcommittee on Environment, Energy and Natural Resources of the Committee on Government Operations. He helped found the Rural Health Care Coalition. In 1993 he became chair of the Democratic Study Group, and during his last two years in office he was also a party whip.

In 1994 Synar lost a Democratic primary runoff to Virgil Cooper. His defeat was considered a reaction again his liberal stand and his party's leader, Pres. Bill Clinton. In his last few elections Synar's opponents were funded by the National Rifle Association, oil and tobacco companies, and cattlemen who opposed his activities in Congress.

After leaving Congress, Synar remained in Washington, D.C., and he founded and chaired the Campaign for America Project, which addressed campaign finance issues. He also chaired the National Bankruptcy Review Commission. He was honored with the John F. Kennedy Profile in Courage Award in 1995. That same year doctors diagnosed him with brain tumors, and he died in Washington, D.C., on January 9, 1996. He was interred in Memorial Park Cemetery in Muskogee.

The following (as per The Chicago Manual of Style, 17th edition) is the preferred citation for articles:
Todd J. Kosmerick, “Synar, Michael Lynn,” The Encyclopedia of Oklahoma History and Culture, https://www.okhistory.org/publications/enc/entry.php?entry=SY001.