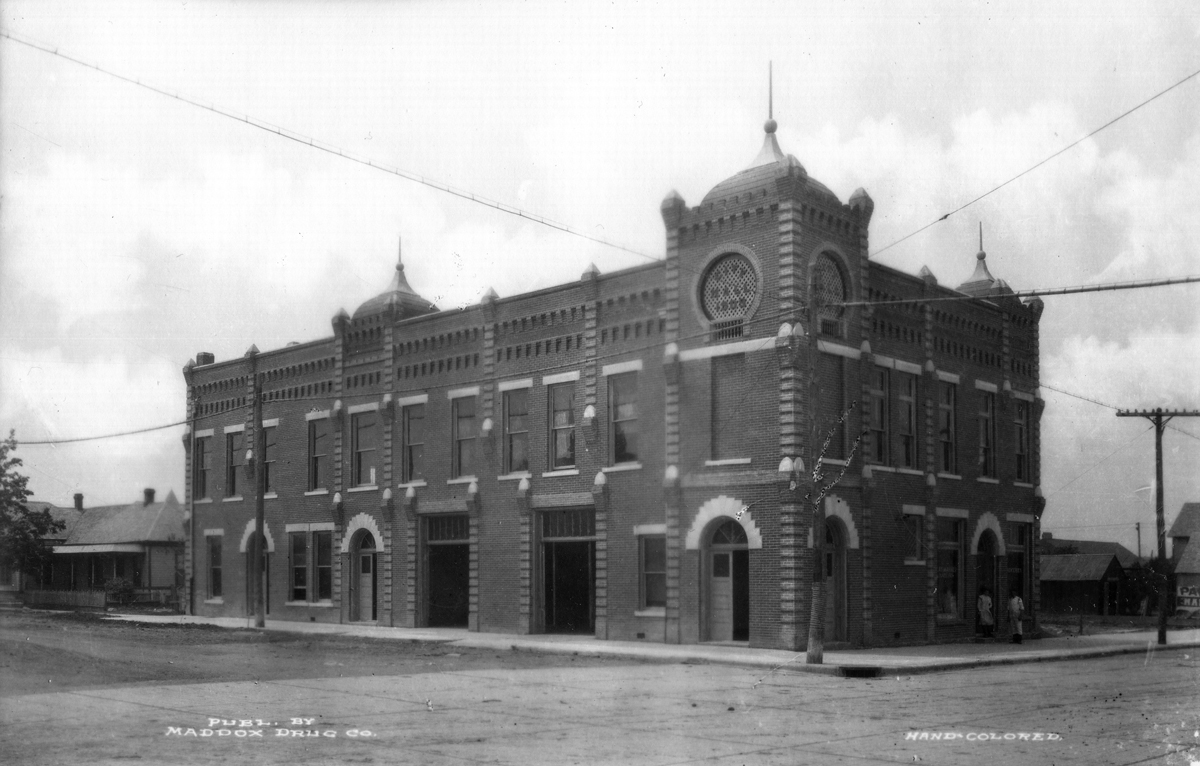 The county seat of Pontotoc County, Oklahoma, Ada is located twelve miles south of the Canadian River on U.S. Highway 377. In the 1890s families settled in the Chickasaw Nation in an area then called Daggs Prairie, named for the James and John Daggs families. Jeff Reed, an original settler, submitted his daughter's name for acceptance as the post office designation there, and on July 10, 1891, the settlement became known as "Ada."

Ada was incorporated on April 1, 1901, and the first newspaper, the Ada Star, began circulation on the next day. The newspaper was a means by which organizations such as the Masons, the Sorosis, the Twentieth Century, and the 25,000 Club (which later became the Chamber of Commerce) reported their activities.

The arrival of the St. Louis and San Francisco Railway line spurred rapid growth. Within a decade the Santa Fe and the Oklahoma Central lines also provided service. Ada's population reached 4,349 in 1910. It almost doubled by the next decade and again by 1940, reaching 15,143. Cotton dominated the community's early economy. The town's many saloons, together with related problems, gave Ada a reputation for violence. In 1908 there were thirty-six murders. The lynching of four accused murderers, including the notorious "Shotgun" Jim Miller, by vigilante townsmen on April 19, 1909, was a symbolic end of the Old West.

The women of Ada were unrelenting in their efforts to establish a normal school in their community. Meetings were held, a collection was taken, Gov. Charles Haskell was lobbied, and East Central College (present East Central University) was founded in 1909. In 1910 the Portland Cement Company installed the first cement clinker, a dry-process plant fueled by coal, in Oklahoma at Ada. The manufacturing of glass caskets was started in 1916 by the American Glass Casket Company, but the venture proved a failure. In 1928 Hazel Atlas (later Brockway Glass) bought the plant and produced glass items until 1991.

In 1923 Ada had the Faust and Breco hospitals. The air-conditioned Sugg Clinic, often called "Little Mayo," opened in 1933, and the building was listed in the National Register of Historic Places in 1999 (NR 99001426). In later years Valley View Regional Hospital (1986) and Rolling Hills Psychiatric Hospital (1988) were established. One of the town's native sons, Robert S. Kerr, U.S. senator and former Oklahoma governor, influenced Ada's selection as the site for one of seven federal water pollution laboratories. The $2.5 million Robert S. Kerr Environmental Research Center opened in 1966. Ada's population reached 15,995 in 1950 and thereafter slowly declined to 14,347 in 1960. It climbed to 15,902 by 1980.

In 2000 Ada had reached a population of 15,691 and supported many businesses and enterprises, a municipal airport, and several churches. In 2010 the population stood at 16,810. The Chickasaw Nation headquarters opened in Ada in 1975, providing a health facility and clinics, education programs, employment and training, human services, and community assistance and housing to tribal members. Ada properties listed in the National Register include the Ada Public Library (NR 89001950), the Pontotoc County Courthouse (NR 84003418), and Wintersmith Park Historic District (NR 00000623). The city maintains a home rule charter with council-manager form of government.

The following (as per The Chicago Manual of Style, 17th edition) is the preferred citation for articles:
Billie Fathree Floyd and Alberta Johnson Blackburn, “Ada,” The Encyclopedia of Oklahoma History and Culture, https://www.okhistory.org/publications/enc/entry.php?entry=AD001.