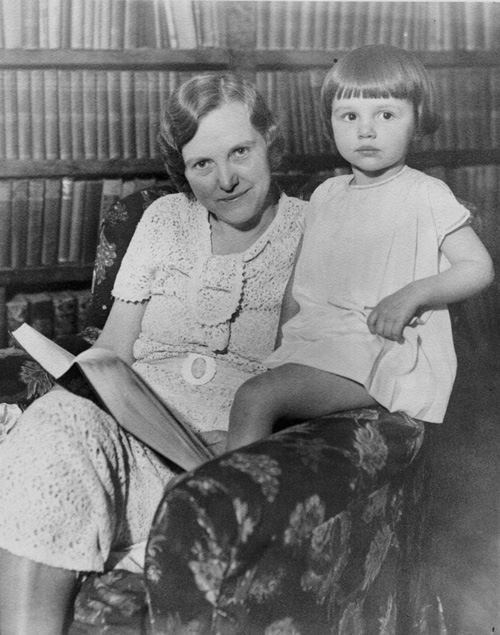 Born November 12, 1892, in Huntington, Arkansas, where she was introduced to the socialism of Mother Jones, Freda Hogan Ameringer was influenced by the frugality and neighborliness of her mother, Lottie Yowell, and the witty and intellectual socialism of her father, Dan Hogan. Among young Freda's earliest memories were the charred bodies of local coal miners, the inequities faced by her father's criminal-defense clients in capital cases, and the evils of racial discrimination. Freda stood beside her father during the violent Arkansas coal miners' strike of 1914, which erupted in the aftermath of the "Ludlow Massacre."

In 1917 the family moved to Oklahoma, and Freda and her father joined Oscar Ameringer in organizing one of the most powerful socialist movements in American history. In 1917, despite censorship and threats of violence, they founded the Oklahoma Daily Leader, an antiwar, socialist newspaper. During World War I Freda and Oscar shuttled between Oklahoma and Milwaukee, devising unique fund-raising techniques and creative ways of avoiding censorship.

During the heyday of Oklahoma socialism Freda was more radical than Oscar, whom she married in 1930. Although she maintained friendships with moderates like Victor Berger, Freda's socialism was closer to that of Eugene V. Debs. With the final defeat of socialism, however, Freda became more successful in working within the system with allies such as their mutual friends Eleanor Roosevelt, Carey McWilliams, Edward R. Murrow, Roger Baldwin, Carl Sandburg, and Louis Brandeis. While Oscar edited the American Guardian and focused on national and international issues, Freda concentrated on local problems, publishing the Oklahoma City Advertiser, a relatively noncontroversial periodical. Freda's friend Sidney Hillman, a moderate socialist and president of the Amalgamated Clothing Workers Union, influenced her management style. She published a muckraking series, "The History of Oklahoma Natural Gas," and championed the reform of higher education, the protection of veterans' benefits, affordable health care, and other progressive issues.

During the four decades after Oscar's death in 1943, Freda helped found the Oklahoma Urban League (1946) and helped raise funds to establish the Pilot Club and to build nine community centers to serve forty-five hundred inner city children. She also campaigned for the Young Women's Christian Association (YWCA), which was one of the few integrated community centers, for the United Nations Children's Education Fund (UNICEF), and for the Metropolitan Library System. Freda editorialized against segregation and the antilabor "right to work" movement and in favor of slum clearance, public transportation, and the "War on Poverty" of the 1960s. In 1956 Ameringer was honored as Clubwoman of the Year, and in 1968 the Oklahoma Legislature honored her.

Freda Ameringer may have mellowed in her later years, except when her archenemy, Edward K. Gaylord, publisher of the Daily Oklahoman (Oklahoma City), would anger her by "busting" a labor union or printing an editorial that she branded as racist. She characterized one such front-page diatribe as "worthy of Governor Wallace's staunchest segregationist supporters." In retirement she remained critical of the New Right, opposed the arms race, and championed minority and women's rights. She often paraphrased her husband's words, saying, "It's a damned great life, if you don't weaken." Freda Ameringer died October 4, 1988, in Oklahoma City.

John Thompson, "She Never Weakened: The Heroism of Freda Ameringer," in An Oklahoma I Had Never See Before: Alternative Views of Oklahoma History, ed. Davis Joyce (Norman: University of Oklahoma Press, 1994).

The following (as per The Chicago Manual of Style, 17th edition) is the preferred citation for articles:
John Thompson, “Ameringer, Frieda,” The Encyclopedia of Oklahoma History and Culture, https://www.okhistory.org/publications/enc/entry.php?entry=AM013.