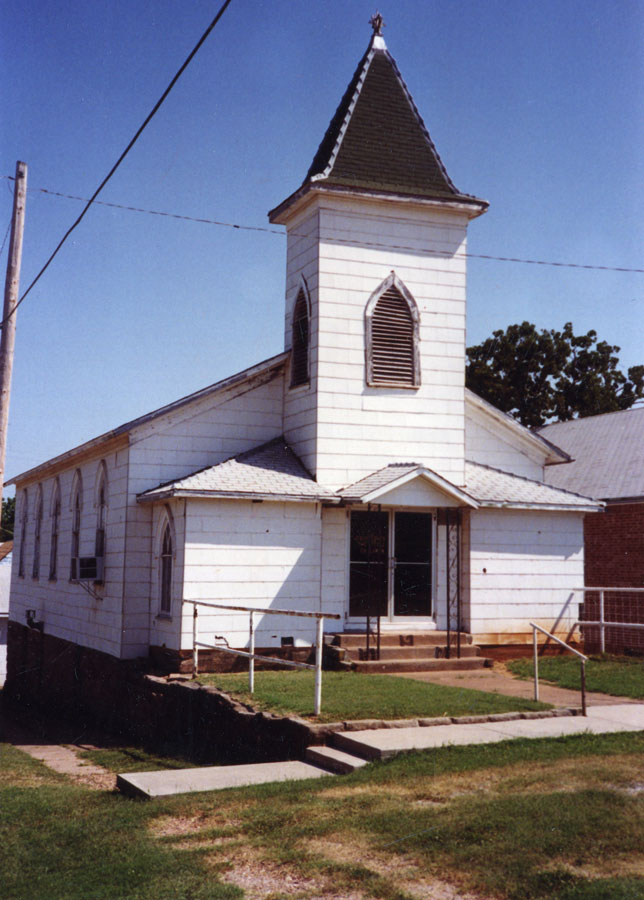 Located north of the "South" Canadian River in southern Pottawatomie County, Asher is approximately twenty-three miles south of Shawnee on U.S. Highway 177, and east of its intersection with State Highway 39. In 1877 the Sacred Heart Mission (listed in the National Register of Historic Places, NR 83002125) was established a few miles from present Asher. The Asher post office was established on November 26, 1901, after postmaster George A. McCurry moved his store and the post office from Avoca two miles south to Asher.

George M. Asher, who never lived in the county, gave the land for the townsite. He and other townsite promoters employed Granham Burnham, a free-lance journalist, to write descriptive newspaper stories, with the result that an eager group of pioneers from other states opened the town on October 30, 1901. Early-day merchants included J. W. Bristow, Jim Duncan, W. W. Kenmore, John B. Brandenburg, and his brother. Brandenburg's niece, Sarah Asher, was the first schoolteacher. In 1902 the Choctaw, Oklahoma and Gulf Railroad (leased by the Chicago, Rock Island and Pacific Railway in 1904) built a line between Tecumseh and Asher. By 1907 statehood the population stood at 465.

Agriculture and oil played an important role in Asher's economic base until 1950. During its early days Asher had two cotton gins, several banks, a sawmill, a cattle shipping pen, and a weekly newspaper, the South Pottawatomie Progress. The "oil boom" days of the 1920s and 1930s brought prosperity to the area. Oil was produced near Asher beginning in 1929, and the population reached 653 residents in 1930. The census count declined until 1980 when it peaked at 659.

As in many small towns, the school is the center of many community activities. Asher has produced several basketball state-championship teams between the 1970s and the 1990s. At the turn of the twenty-first century the town had 419 residents, two convenience stores, two restaurants, and three churches. As a "bedroom" community Asher had many citizens who commuted to work in Ada, Shawnee, and Oklahoma City. The census recorded 393 residents in 2010.

The following (as per The Chicago Manual of Style, 17th edition) is the preferred citation for articles:
Robert E. Seikel, “Asher,” The Encyclopedia of Oklahoma History and Culture, https://www.okhistory.org/publications/enc/entry.php?entry=AS003.