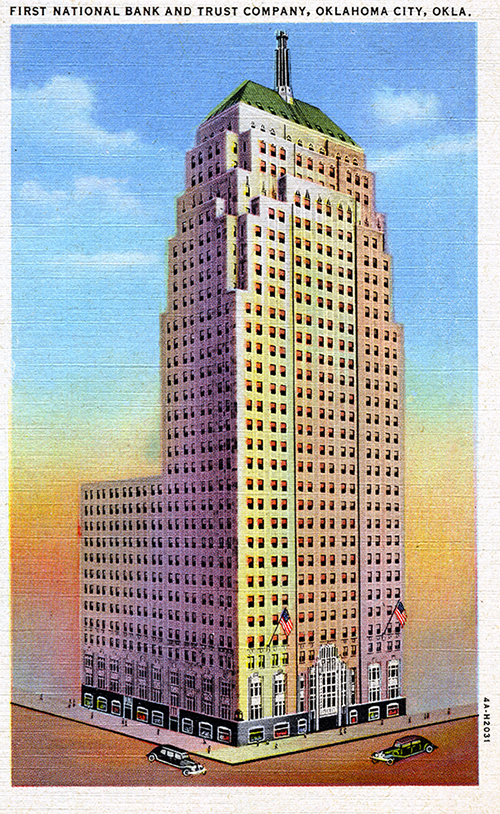 In 2003 there were 273 banks and five savings banks in the state of Oklahoma. Although Oklahoma banks are relatively small, with total combined assets of $46 billion, Oklahoma bankers have maintained influence in the industry. In the early twenty-first century Altus banker C. Kendric Fergeson chaired the 2003–04 American Bankers Association (ABA). Oklahoma Commissioner of Banks Mick Thompson chaired the 2003 Conference of State Bank Supervisors, and Bristow banker Albert C. Kelly chaired the 2003 ABA's Community Bankers Council. In 2003 Stillwater National Bank continued to be one of the larger, but still typical, Oklahoma banks. It was owned by Southwest Bancorp, which had assets of $1.4 billion and, due to liberalized branching laws in the 1980s, had consulting and investing services in Oklahoma and in Texas.

The following (as per The Chicago Manual of Style, 17th edition) is the preferred citation for articles:
Lynne Pierson Doti, “Banking Industry,” The Encyclopedia of Oklahoma History and Culture, https://www.okhistory.org/publications/enc/entry.php?entry=BA011.