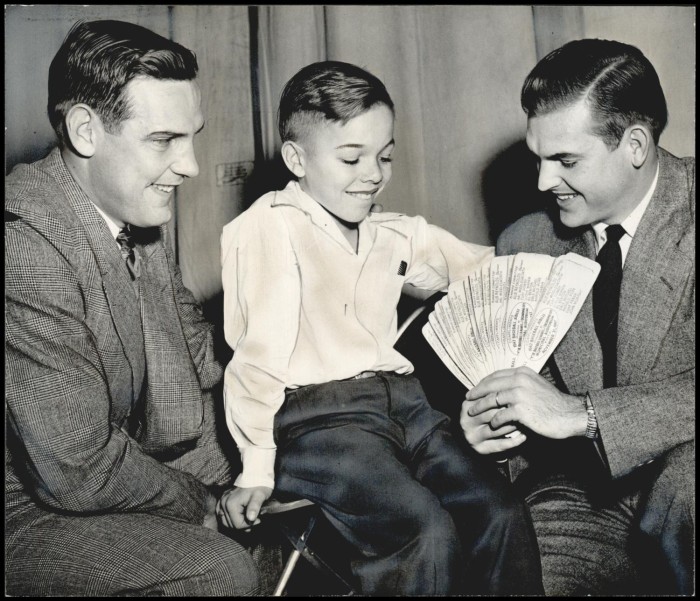 As a minor-league professional baseball player, in 1954 Joseph Willis Bauman hit 72 home runs, setting a major/minor league record that stood for half a century. Born on April 16, 1922, in Welch, Oklahoma, to Joseph and Tennessee Bauman, the future first baseman grew up in Oklahoma City and attended Capitol Hill High School, graduating in 1941. He was set to play ball for the University of Oklahoma but instead signed with a lower-level minor league team in Arkansas. Nicknamed "Big Joe," at six feet, five inches tall, he weighed 235 pounds and batted left-handed.

After his service in World War II, in 1946 the Boston Braves organization picked Bauman up and started him with the Amarillo Gold Sox, where he led the West Texas–New Mexico League in home runs. He stayed for two years before being moved up to Hartford and Milwaukee, and then he quit the Braves. A three-year stint back in Oklahoma with the semi-pro Elk City Elks (1949–51) may have delayed his career and thereby ended his chances with the majors, or so he said. In Elk City in his spare time he began a second career as a business owner. In 1952 and 1953 seasons he played for the Artesia (New Mexico) Drillers of the Class C Longhorn League and hit 103 home runs in combined seasons. In 1952 he led the league with a .373 batting average.

Retiring from baseball after the 1956 season, Bauman stayed in Roswell and ran various businesses. Although the public do not remember his feat, the Baseball Hall of Fame memorialized it in the One for the Books exhibit in Cooperstown, New York. In 2002 Minor League Baseball established an annual Round Tripper Award for the league's top home-run hitter and in 2004 renamed it the Joe Bauman Award. "Big Joe" Bauman died in Roswell on September 20, 2005.

Keith Olberman, "One for the X-files: In a Season of Inalienable Glory, Roswell's Joe Bauman Hit 72 Homers," Sports Illustrated, 31 August 1998.

The following (as per The Chicago Manual of Style, 17th edition) is the preferred citation for articles:
Dianna Everett, “Bauman, Joseph Willis,” The Encyclopedia of Oklahoma History and Culture, https://www.okhistory.org/publications/enc/entry.php?entry=BA040.