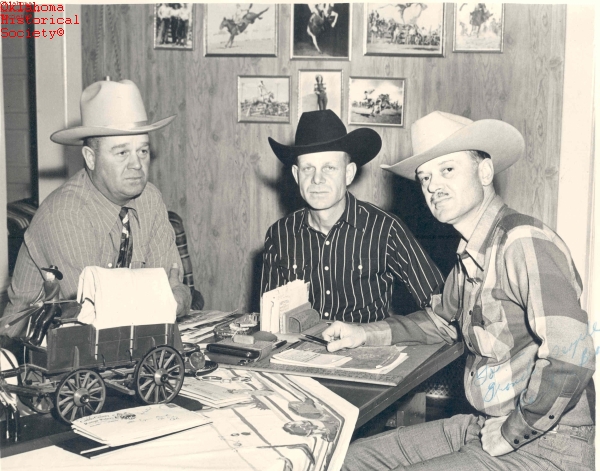 The Beutler Brothers were one of the twentieth century's premier rodeo livestock contractors. Elra (1896–87), Jake (1903–75), and Lynn (1905–99) Beutler learned the cowboy trade on the Beutler ranch near Elk City. They produced their first show in Clinton, Oklahoma, in 1928. In 1929 the trio founded the company that would eventually become the world's largest producer of rodeos.

The brothers' business sense and their acute judgment and skillful handling of rough stock enabled them to expand their herd, control the rodeo livestock-contracting business in Oklahoma, and branch out in the rest of the national rodeo circuit. With the brothers' good eye for bad bulls and broncs, and with Lynn as the "front man" who made the contracts, the company's reputation and its stable grew. In 1952 the Beutlers entered the national arena by buying out Verne Elliot, the nation's current top rodeo producer. After this deal the Beutlers became involved in all of the nation's most prominent rodeos, such as those at Cheyenne, Denver, Tucson, and Snake River, Idaho.

According to rodeo authorities, "Beutlers' stock was a cowboy's nightmare." One of their most famous "stars," a Brahma bull named Speck, was ridden only once in 103 tries during five years. Among Beutler Brothers' famous equine buckers were Tom Dooley, Wild Bill, and Sam Bass. The bucking string also included Lee Rider, Scar Neck, and King Tut (whose action always ended the 1960s television series Stoney Burke). As rodeo producers (those who created and presented the whole show, including the livestock) Beutler Brothers always mounted spectacular, patriotic entry parades with flags, matched horses, and nattily attired riders.

In 1954 Elra Beutler sold his interest to his brothers, who re-formed Beutler Brothers, and Elra combined with Buster Morgan as Beutler and Morgan Rodeo Producers. Later Morgan sold out, and Elra and his son, Jiggs, formed Beutler and Son Rodeo Company. Eventually, three generations of the family have operated the company. Elra and Lynn Beutler have been inducted into the Rodeo Historical Society's Rodeo Hall of Fame.

The following (as per The Chicago Manual of Style, 17th edition) is the preferred citation for articles:
Dianna Everett, “Beutler Brothers,” The Encyclopedia of Oklahoma History and Culture, https://www.okhistory.org/publications/enc/entry.php?entry=BE029.