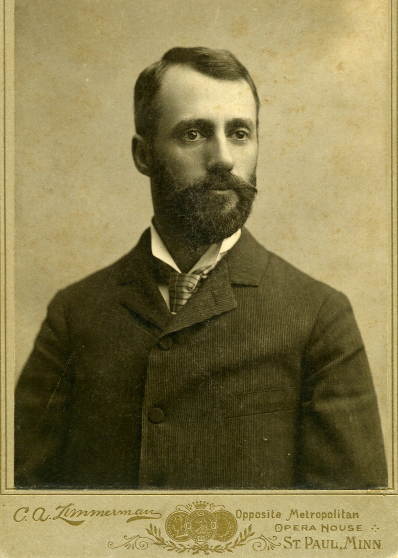 Born in Staunton, Virginia, on December 12, 1856 (the year 1854 is inscribed on his tombstone) or 1855 (as per his obituaries), to Bradford and Susan Bixby, Tams Bixby was chair of the Commission to the Five Tribes in the Indian Territory. In 1857 his family moved to Minnesota. In Red Wing, Bradford Bixby owned a hotel and bakery, but he died in 1873, leaving his sons, Tams and George, to run the business. Tams Bixby married Clara Mues in 1886, and the union produced three sons. In the 1880s he operated two newspapers in Red Wing and entered Republican politics.

In 1897, while serving as chair of the Republican State Committee and private secretary to Minnesota's governor (the last of three that he served), Bixby was named to a seat on Dawes Commission, and he moved his family to Muskogee, Creek Nation, Indian Territory. He continued as member and secretary until being named head of the commission in 1905. During his tenure on the Dawes Commission he managed the process of negotiating allotment of the Five Tribes' lands and establishing parameters for individual eligibility on the tribal rolls.

While residing in Muskogee, Bixby purchased the Muskogee Daily Phoenix in 1906. In March 1907 the Dawes Commission completed its work on enrollment (other tasks continued until 1914). Bixby resigned that summer and soon moved back to Minnesota, operated a newspaper in St. Paul, and started a townsite development business. In 1910 he returned to Muskogee and ran the Phoenix; he also acquired Muskogee Times-Democrat.

In his later years Bixby was a civic booster and social leader in Muskogee and eastern Oklahoma. A member of the local Elks, Rotary, Civitan, and Lions clubs and a Shriner, he also chaired the local Council of Defense during World War I. While en route to California, Tams Bixby died in a Kansas City hospital on January 17, 1922. After a funeral in Muskogee, he was interred in a Minnesota cemetery near Red Wing.

The following (as per The Chicago Manual of Style, 17th edition) is the preferred citation for articles:
Dianna Everett, “Bixby, Tams,” The Encyclopedia of Oklahoma History and Culture, https://www.okhistory.org/publications/enc/entry.php?entry=BI016.