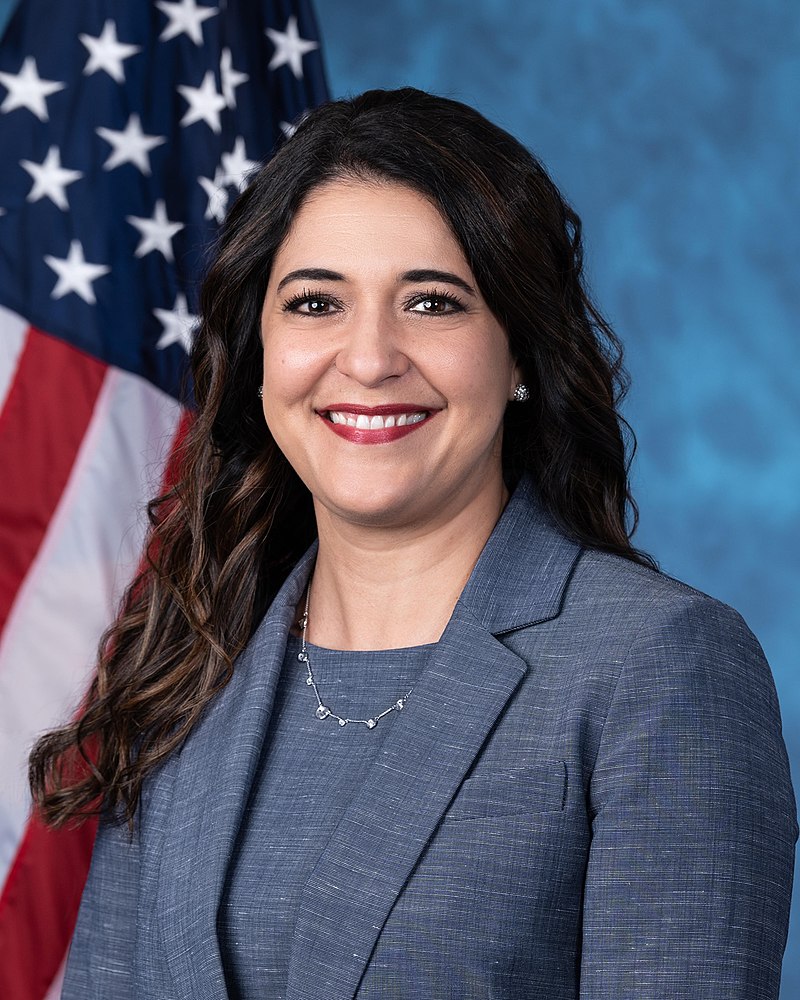 A Republican U.S. representative to Congress from Oklahoma’s Fifth District, Stephanie Irene Asady Bice was born on November 11, 1973, in Oklahoma City, Oklahoma, to Hosein and Paula Sue Vanhooser Asady. A 1991 graduate of Putnam City High School, Stephanie Asady attended Oklahoma State University, attaining a bachelor’s degree in marketing. After graduating from the university in 1995, she worked eight years in the financial and marketing aspects of her father’s technology company in Oklahoma City. She continued her career as vice president of business development for a boutique digital marketing agency. In January 1996 she married Geoffrey Franklin Bice, and they have two daughters.

In 2014 Stephanie Bice was elected to the Oklahoma Senate representing the Twenty-second District. The Twenty-second District comprises northern Oklahoma County and eastern Canadian County, including Edmond, Deer Creek, Piedmont, and Yukon. Reelected in 2018, Bice served as assistant majority floor leader for two years and chaired the Finance Committee. She was also a member of the Subcommittee on General Government and Transportation as well as vice chair of the Business and Commerce Committee.

During her Senate tenure she sponsored Senate Bill 142, which “required informed consent for nursing home patients and their families regarding the use of powerful antipsychotic drugs.” She supported House Bill 1269, “a law that provided relief to people who were serving felony prison sentences for crimes that are now misdemeanors.” In 2015 Bice sponsored Senate Bill 383, allowing liquor stores to refrigerate beer. Further discussion of modernizing Oklahoma’s liquor laws (which dated to 1959) evolved into State Question 792, allowing grocery stores to sell wine and beer.

In 2020 Republican Bice was elected as U.S. representative from Oklahoma’s Fifth District, replacing Democrat Kendra Horn. In the November 2020 general election Bice received 52.1 percent of the votes compared to incumbent Horn’s 47.9 percent. In the One Hundred Seventeenth Congress (2021–23), she served on the committees for Armed Services and Science, Space, and Technology. Additionally, she was a member of the Select Committee on Economic Disparity and Fairness in Growth. Since 1907 statehood she is the fourth Oklahoma woman to be elected to Congress. Alice Mary Robertson, Mary Newt Copeland Fallin, and Kendra Suzanne Horn preceded her.

Bice’s leadership skills have received state and national recognition. During her first year in the Oklahoma Senate, she was honored as one of fifty-two nationwide legislators for the State Legislative Leaders Foundation Emerging Leaders Class of 2015. That same year Bice was named a GOPAC (Republican/GOP Political Action Committee) Emerging Leader and an Oklahoma State Chamber of Commerce Rising Star. She was selected as a member of the Governing Institute Women in Government Leadership Class of 2016. Two years later Bice received the Aspen Institute-Rodel Fellowship in Public Leadership, a prestigious award given to twenty-four lawmakers nationwide.

The following (as per The Chicago Manual of Style, 17th edition) is the preferred citation for articles:
Linda D. Wilson, “Bice, Stephanie Irene Asady ,” The Encyclopedia of Oklahoma History and Culture, https://www.okhistory.org/publications/enc/entry.php?entry=BI017.