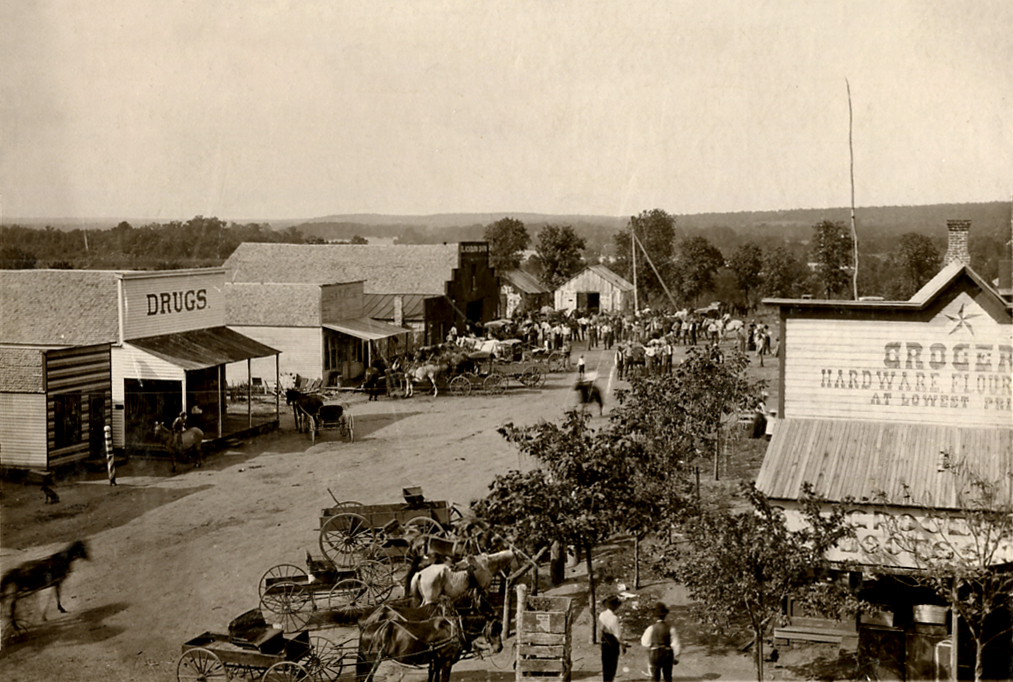 The incorporated town of Blackburn is sited in Pawnee County on Blackburn Road, between county roads E0440 and E0450. Approximately twelve miles east of the county seat of Pawnee, the community developed after the Cherokee Outlet land opening on September 16, 1893. Named for Kentucky Sen. Joseph C. S. Blackburn, a post office was established on December 15, 1893. Positioned on the south side and at a natural ford of the Arkansas River, a toll bridge, a wagon bridge, and a ferry at various times connected Blackburn, Oklahoma Territory (O.T.), with the Osage Nation to the north. During the Territorial Era before 1907 statehood, Blackburn was one of the "whiskey towns" in O.T. that bordered the "dry" Indian Territory. The town was incorporated on April 21, 1909.

Blackburn's economy has been primarily based on agriculture, with cotton and corn as the principal crops. Consequently, the community had a cotton gin, a flour mill, a livery stable, and several blacksmiths. After a severe drought in 1901 hundreds abandoned their farms. Those who remained formed an association and held an annual reunion, at least through the 1950s. Blackburn hosted the Pawnee County fair from 1903 to 1909. Although oil was discovered nearby, Blackburn never developed into an oil-boom town. Early newspapers included the Blackburn Globe, Blackburn Flash-Light, and Blackburn News. By 1909 the community boasted two banks, a public school, and three churches.

In 1984 Blackburn consisted of a combination gasoline station–sandwich shop and three churches. At the turn of the twenty-first century the town had 102 citizens and served as a "bedroom" community to 100 percent of the employed residents, who commuted to work in Pawnee and other job centers. The 2010 population was 108. The Blackburn Methodist Church (NR 84003398) was listed in the National Register of Historic Places.

The following (as per The Chicago Manual of Style, 17th edition) is the preferred citation for articles:
Linda D. Wilson, “Blackburn,” The Encyclopedia of Oklahoma History and Culture, https://www.okhistory.org/publications/enc/entry.php?entry=BL006.