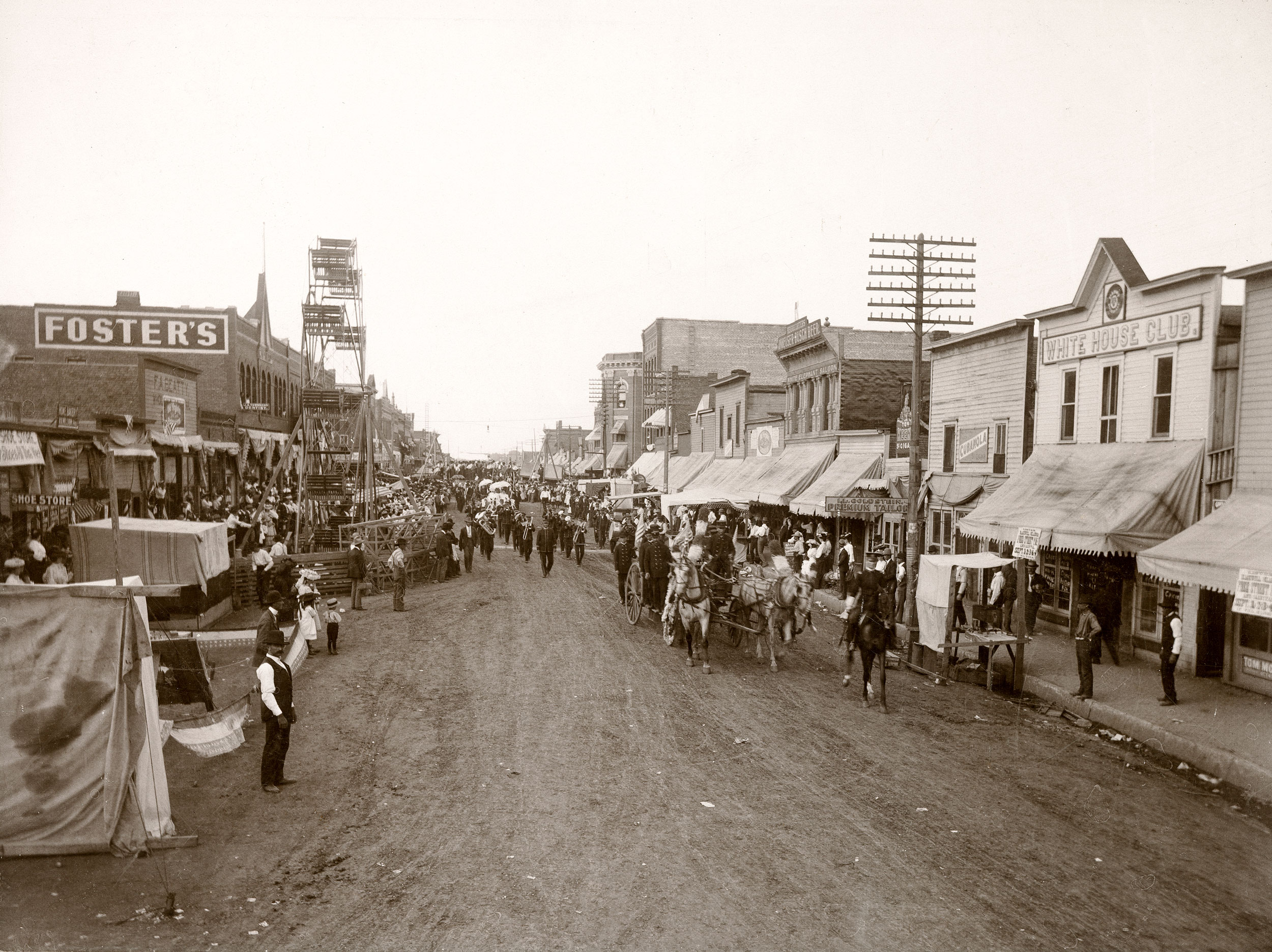 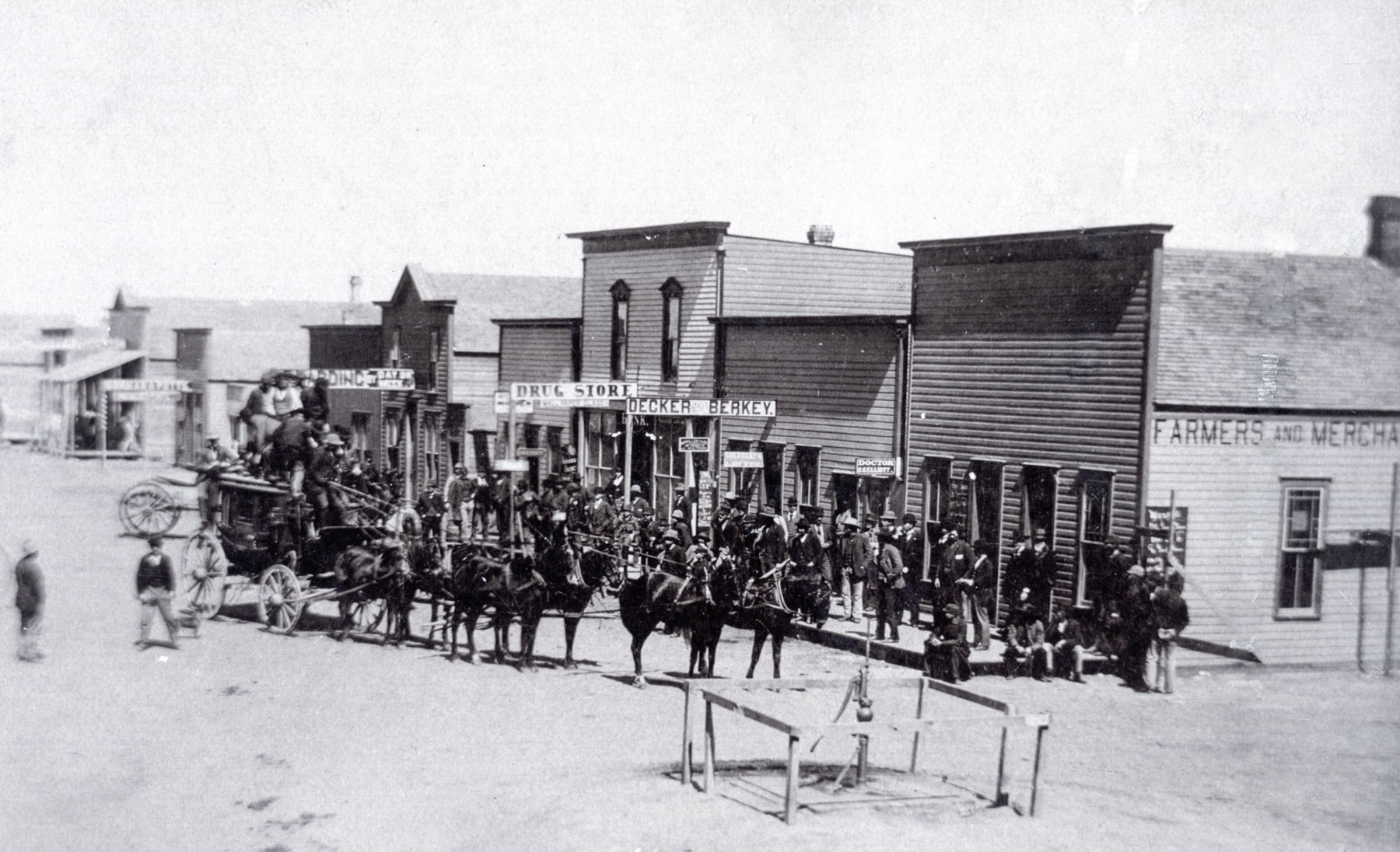 Located in west-central Kay County, Blackwell is situated at the intersection of U.S. Highway 177 and State Highway 11, eighteen miles southwest of Newkirk, the county seat. Lying along the Chikaskia River, Blackwell came into existence during the Cherokee Outlet Opening on September 16, 1893. The town is named for Andrew J. Blackwell, who was the dominant force in its founding. A post office was established on December 1, 1893. Due to a struggle for regional prominence between Blackwell and nearby Parker, the post office was named Parker from April 2, 1894, to February 4, 1895. After the latter date, the name reverted to Blackwell.

Blackwell's economy has been based on agriculture and the oil and gas industry. Between 1897 and 1899 the Atchison, Topeka and Santa Fe Railway built a line east and west through the community. In 1899 the St. Louis and San Francisco Railway constructed a line north and south. As a result, the town became an agricultural trade center, with wheat, corn, flour, hogs, and cattle being shipped to outside markets, and as a regional market for horses and mules. Petroleum assumed significance when gas wells were drilled in the area in 1901 and 1902. At 1907 statehood Blackwell's population stood at 2,664 and in 1910 at 3,266. By 1911 the town had six churches, three banks, two school buildings, flour mills, and grain elevators. Citizens supported the Blackwell Daily News as well as the weekly Times-Record newspaper. The 1920 census recorded 7,174 residents, an increase attributable to the impact of the oil industry. The 1930 census recorded an increase to 9,521.

Transportation access also helped the town to attract manufacturing and industry. In the 1930s Blackwell had a flour mill, a brick plant, four grain elevators, six oil companies, and fifteen gas plants/refineries. Through the years businesses have included the Globe Oil and Refining Company, the Hazel-Atlas Glass Company, the Blackwell Cheese Company, and the Turvey (meat) Packing Company. The Oklahoma Bottle and Glass Company manufactured fruit jars. Because of the abundance of natural gas for fuel, the Blackwell Zinc Company, a smelter plant, opened in 1917. It employed approximately eight hundred in 1972 and was one of the three largest plants of its kind in the United States.

Blackwell's first school opened in September 1893 in a small, frame building with fifty-two students in attendance. A gradual enrollment increase created a need for ten teachers by 1899. By the 1930s the school system consisted of six elementary schools, a junior high school, and a senior high school. In 1936 a high school was completed at a cost of $225,000 with funding from a bond issue and the federal Public Works Administration. Oklahoma Baptist College, a private institution, operated in Blackwell between 1901 and 1913. At the turn of the twenty-first century Blackwell's educational system offered head start, prekindergarten, and kindergarten through high school. Higher education was available nearby at Northern Oklahoma College in Tonkawa and at the Pioneer Technology Center in Ponca City.

Population peaked in 1960 at 9,588, only sixty-seven more than the 1930 population of 9,521. At the turn of the twenty-first century Blackwell had 7,668 citizens and a council-manager form of government. The 2010 census recorded a decline to 7,092 residents. The city maintains nine public parks, a swimming pool, and a golf course, as well as a youth center and a public library. A municipal airport is located southeast of town. The Blackwell National Guard Armory was listed in the National Register of Historic Places (NR 88001366). Local attractions included the Top of Oklahoma Historical Museum housed in the Electric Park Pavilion (NR 76001563) and the Derailed Railroad Company. The Blackwell Journal-Tribune informed the citizens.

The following (as per The Chicago Manual of Style, 17th edition) is the preferred citation for articles:
Linda D. Wilson, “Blackwell,” The Encyclopedia of Oklahoma History and Culture, https://www.okhistory.org/publications/enc/entry.php?entry=BL007.