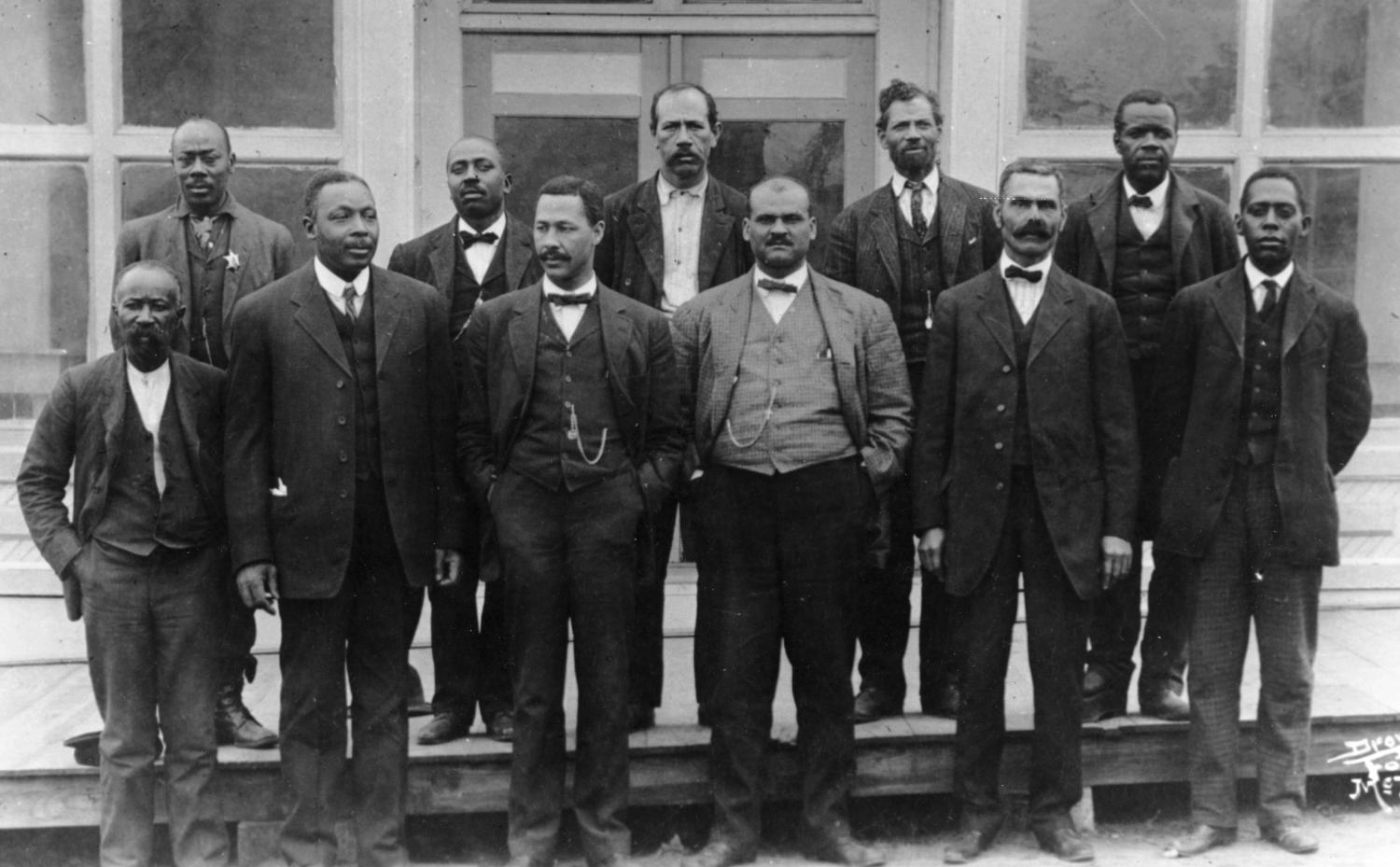 Located halfway between Paden and Castle in Okfuskee County, Boley is the largest and most well known of the more than fifty All-Black towns of Oklahoma and one of only thirteen still existing. The town, established on land allotted to Creek freedman James Barnett's daughter Abigail, was named after J. B. Boley, a railroad official of the Fort Smith and Western Railway. Founded in 1903 and incorporated in 1905, Boley and the African Americans living in the area prospered for many years. The Boley Progress, a weekly newspaper, began in 1905. The paper and various advertising campaigns circulated through the South and lured many former slaves to the new town. At 1907 statehood Boley sheltered 824 individuals.

By 1911 Boley boasted more than four thousand citizens and many businesses, including two banks and three cotton gins. Booker T. Washington, founder of the National Negro Business League and the Tuskegee Institute, in Alabama, visited the town in 1905 and proclaimed it "the most enterprising and in many ways the most interesting of the Negro towns in the United States." The town supported two colleges: Creek-Seminole College and Methodist Episcopal College. Boley also had its own electrical generating plant, water system, and ice plant. The Masonic Grand Lodge completed a majestic Masonic Temple around 1912. At the time, it was said to be the tallest building between Okmulgee and Oklahoma City.

Like many rural towns, Boley suffered through hard times in the 1920s and 1930s, its population dropping to 1,154 in 1920 and 874 in 1930. By World War II the population stood at 942, and it declined to 573 in 1960 and to 423 in 1980. At the dawn of the twenty-first century, with a population of 1,126, the town was experiencing economic rejuvenation. The number of residents was 1,184 in 2010. Boley still hosts the nation's oldest African American community-based rodeo every Memorial Day weekend. The downtown business district is listed in the National Register of Historic Places (NR 75001568) and has been designated a National Historic Landmark by the National Park Service.

Kenneth Hamilton, "Townsite Speculation and the Origin of Boley, Oklahoma," The Chronicles of Oklahoma 55 (Summer 1977).

The following (as per The Chicago Manual of Style, 17th edition) is the preferred citation for articles:
Larry O'Dell, “Boley,” The Encyclopedia of Oklahoma History and Culture, https://www.okhistory.org/publications/enc/entry.php?entry=BO008.