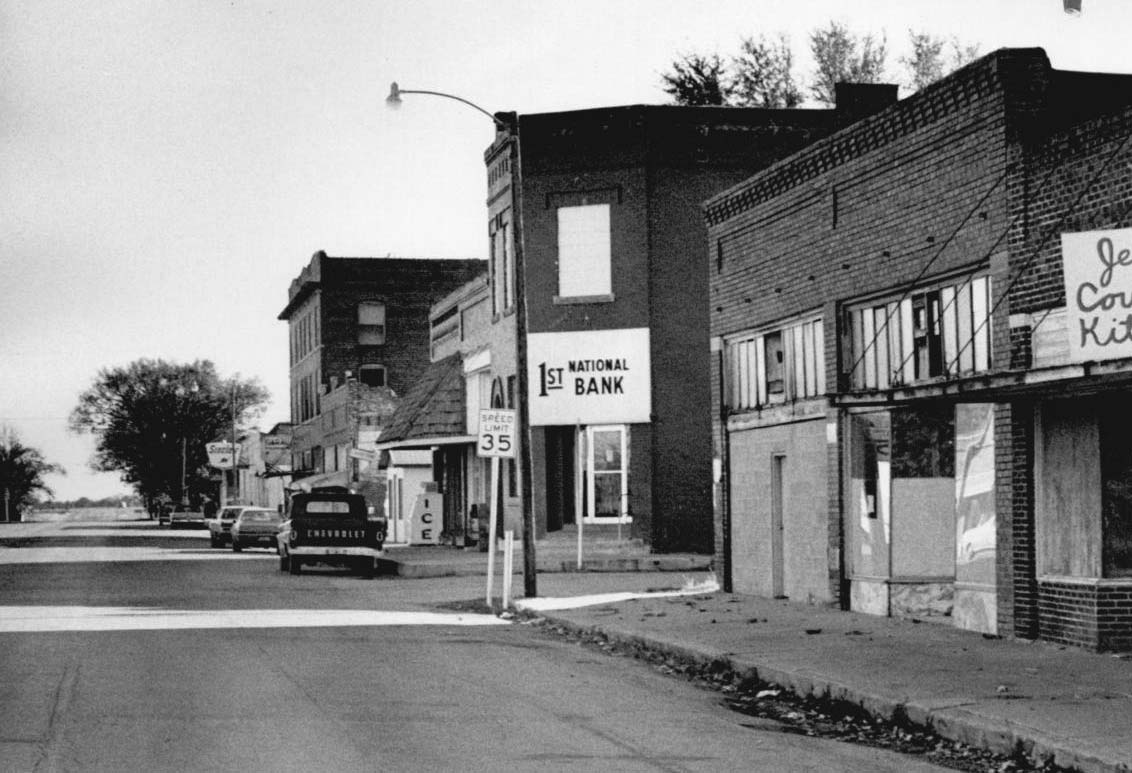 Boynton, a prairie town located eighteen miles from Muskogee in southwestern Muskogee County on U.S. Highway 62, was named for E. W. Boynton, chief engineer of the Shawnee, Oklahoma, and Missouri Coal and Railway. In 1902 William S. Whaley assumed the first postmaster position. Arrival of the St. Louis and San Francisco Railway in the Muscogee Creek Nation prompted the actual building of the town in 1903. Thomas B. Sutton from Carroll, Iowa, was the first Muskogee County commissioner for the third district and was elected twice as mayor before 1907 statehood. Two banks were instrumental in Boynton's early growth: the Bank of Boynton with president H. L. Wineland and the First National Bank of Boynton, organized by two prominent Muskogee citizens, A. W. Patterson and A. C. Trumbo. A 1904 race riot blots the town's history and resulted in the death of one African American. Little else is known of this event.

There were five newspapers in Boynton between 1903 and 1910, but most notable was the Boynton Index, a weekly publication edited by Edgar A. Pollack from 1910 to 1945. It was absorbed by the Muskogee County News in 1945. In the early 1920s the discovery of oil boosted the population to 1,400. In 1922 the Transcontinental Company Refinery had a capacity of ten thousand barrels per day. Another important industry at the time was the Francis Vitrified Brick Company, later called the United Brick Company. In addition to two banks, a post office, and the brick company, there was a grain mill with an elevator, two cotton gins, a dozen stores, five churches, and a school system. In 1930 the population decreased to 1,204, but the town had added ice and cheese factories, an airplane landing field, telephone connections, and service by the Wardway Bus Line. In 1990 the census reported Boynton's population at 391.By 2000 the number decreased to 274, and by 2010 it dropped to 248.

Although Boynton declined in industry and population due to the drought of the Great Depression era and the end of oil output, the land continued to provide for residents through farming and ranching at the turn of the twenty-first century.

Philip Mellinger, "Discrimination and Statehood in Oklahoma," The Chronicles of Oklahoma 49 (Autumn 1971).

The following (as per The Chicago Manual of Style, 17th edition) is the preferred citation for articles:
Ellen Collins Johnson, “Boynton,” The Encyclopedia of Oklahoma History and Culture, https://www.okhistory.org/publications/enc/entry.php?entry=BO032.