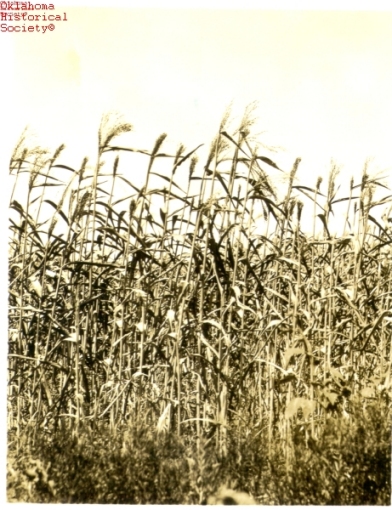 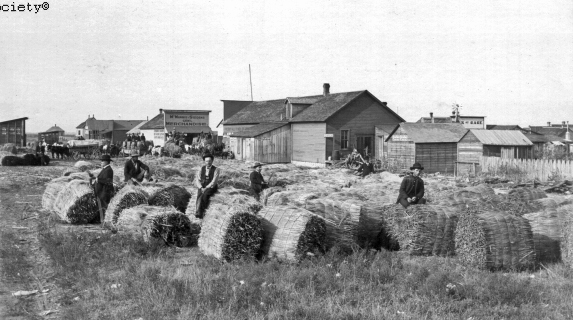 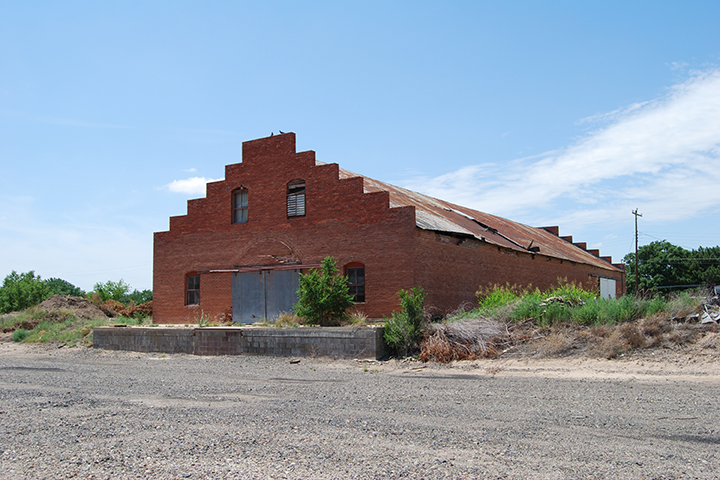 Oklahoma housewives treasured a good broom to combat the state's omnipresent red dirt. Unique among agricultural products, broomcorn brush was adapted for making brooms, and no other fiber equaled it for sweeping. During the Territorial Era small broom-making shops appeared in many Oklahoma towns. Later, factories and institutions for the blind made hundreds of brooms each day. When the first broom factory opened in Ponca City following the Cherokee Outlet land opening in 1893, the state held a minor position in broom production. However, broomcorn grew exceptionally well in Oklahoma, and the state led the nation in production between 1915 and 1946.

Oklahoma's broomcorn brush was sold to local, state, and national broom factories, which purchased it directly from the growers during harvest or from broomcorn warehouses. In the 1940s the state comprised two broomcorn districts. In the northwest, broomcorn first appeared in the Panhandle in 1889. In 1904 a broom factory was built at Gage. Located in south-central Oklahoma, the "Lindsay District" introduced its first crop in 1906, and Lindsay became known as "the Broomcorn Capital of the World." This region annually produced twenty thousand to thirty thousand acres of broomcorn.

Broom factories manufactured whisk brooms, household brooms, toy and hearth brooms, and industrial brooms. The raw material arrived in 350- to 450-pound bales at the factories. Several processes occurred before the finished products were marketable, such as preparing the brush, making handles, and assembling. Originally each broom was sewn together by hand, the procedure requiring fifteen minutes. However, with the advent of new machines such as the winder, factories could finish two dozen per hour. In 1939 the nation's factories produced 7,188,947 dozen brooms.

According to the earliest national estimate, there were 303 broom factories in 1849; the number peaked at 1,034 in 1919. Almost every state had at least one. However, most were located in the eastern part of the United States. Accompanied by a drop in product value, the number of factories declined to 320 in 1939. Oklahoma had twenty in 1945, a decrease from thirty-one in 1930. No more than one thousand workmen were employed in them. However, most Oklahoma plants operated with a few employees and had a small capital investment. For example, the Bowlin Broom Company, located in Woodward in 1947, had a capital between ten thousand and twenty-five thousand dollars.

More than a dozen factories opened in Oklahoma City. For example, Crites Broom Company in 1932 offered its customers the "Nu-Way" lighter broom over the traditional heavy, square broom. The Oklahoma Broom Corn and Warehouse Company, with its warehouses west of El Reno, operated headquarters in the city and opened a factory in 1906 that produced 150 dozen brooms each day. The Parks Broom Company of Lawton was established in 1913. The company's broom names implied their quality, from "Park's Best," the highest-quality product, to "Warehouse," the heaviest and sturdiest. The company filled a freighter with 9,600 brooms within thirty days for a Sears Roebuck catalog sale. Broom factories were also established in Tulsa, Altus, Wynnewood, Newkirk, Vinita, Enid, Muskogee, Elk City, El Reno, and Chickasha.

In 1925 Oklahoma broom manufacturers faced competition when the Oklahoma Broom Company of Oklahoma City sought to lease machinery to the Oklahoma State Prison at McAlester. By using two hundred inmates the company could produce four hundred dozen brooms daily at a price significantly under cost. The Oklahoma Broom Manufacturers' Association, with national support, fought and forced the state to withdraw the company's contract.

Broom manufacturing lapsed into an underdeveloped industry in Oklahoma. Most of the state's broom factories closed by the 1960s. Nationally, however, these plants flourished until the 1990s when new floor technology developed, and foreign brooms were allowed into the country as duty-free imports. Today, small factories struggle to compete with Mexican-made brooms, and individual broom makers produce a few thousand each year. For example, in Davis, Oklahoma, in 1915 Paris M. Price established a broom factory of the same name. It employed six workers and produced twenty brooms per day by hand. The name changed to C. L. Price and Sons in 1946 and moved to Shawnee in 1950, becoming the Shawnee Broom Company. In 1992 the factory returned to Davis and continued producing hand-made brooms. Although the price changed from thirty-five cents to six dollars per broom, the factory has kept alive a disappearing craft.

The following (as per The Chicago Manual of Style, 17th edition) is the preferred citation for articles:
Tally D. Fugate, “Broom Factories,” The Encyclopedia of Oklahoma History and Culture, https://www.okhistory.org/publications/enc/entry.php?entry=BR024.