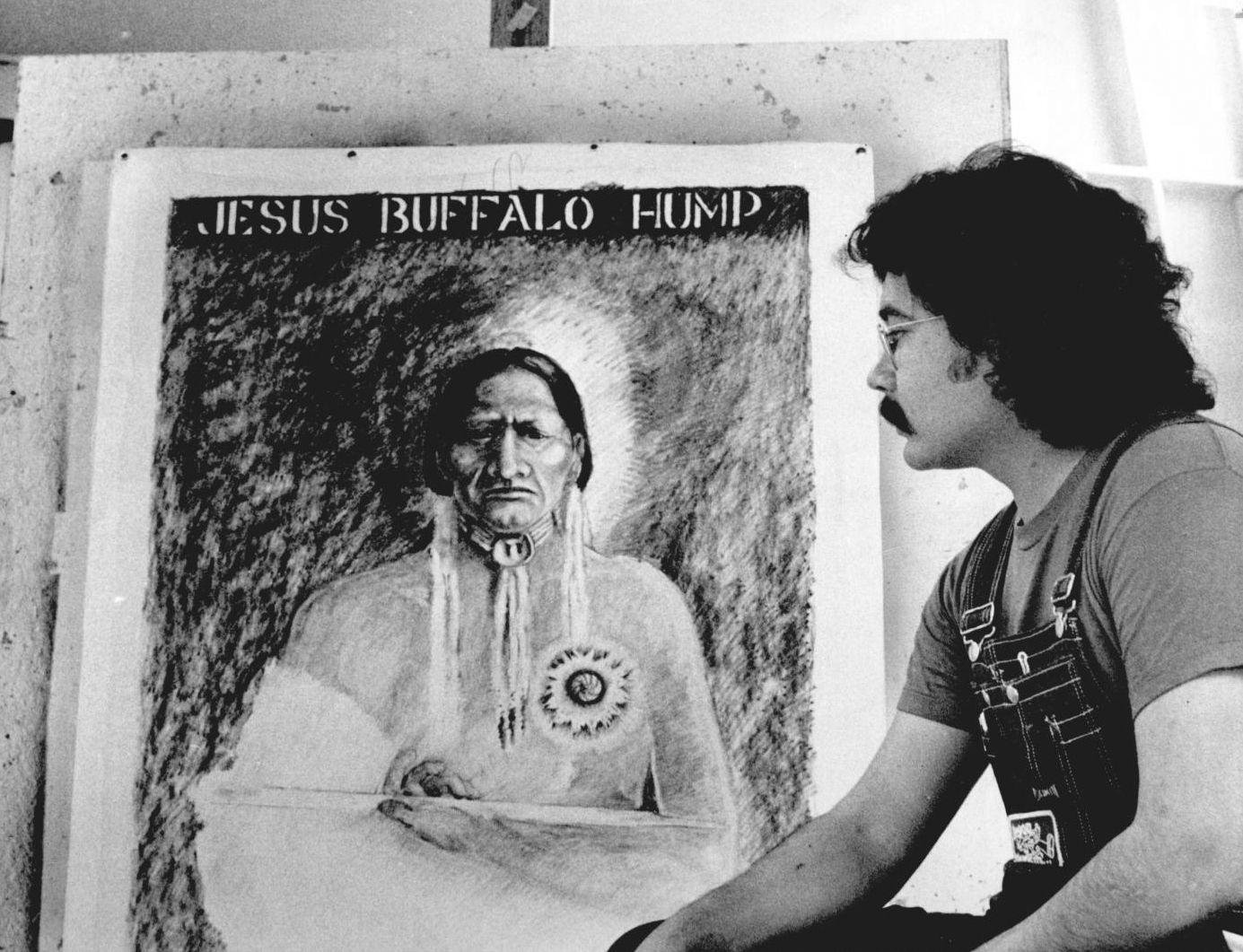 Of Caddo and Kiowa heritage, Tommy Wayne (known as T. C.) Cannon was one of the premier Oklahoma Indian artists of the twentieth century. He was born on September 27, 1946, in Lawton, Oklahoma, to Walter and Minnie (Mamie) Ahdunko Cannon.

His artistic works, in conjunction with those of Fritz Scholder (Luiseño) and Oscar Howe (Lakota), represent the turning point of Indian painting in post–World War II America. These three artists' styles represent a shift from the earlier flat, two-dimensional traditional painting on paper and canvas surfaces, which presented little modeling and static images of people, land, and animals. Cannon was a student at the Institute of American Indian Arts in Santa Fe, New Mexico, when he and his instructor, Fritz Scholder, recast the idea of the "Indian" into one that represents an artistic vision of people within the context of both traditional and contemporary culture. Cannon was the youngest of the three great painters, and his war experience, which influenced his work, came in Vietnam in the U.S. Army 101st Air Cavalry. At the Institute in Santa Fe he developed an intellectual curiosity that led him to read philosophy, world literature, poetry, and art history, and he was fascinated by music. He finished a bachelor of arts degree at Central State University (now the University of Central Oklahoma) in Edmond in 1972.

Cannon's signature works represent an incorporation of European and American painting styles with that of Indian culture. For example, Beef Issue at Fort Sill (1973, acrylic on canvas) presents brilliant colors, a mushroom-shaped cloud, and a Matisse-like composition of space that is divided into grids of right-parallel squares that run off the canvas. The startling images of two women carving up a prone beef carcass, with a dog on either side, represents the new look of Indian painting. The women are without facial features, and the dogs and dead animal are indicators of a time in both the present and the past. Until his untimely death in an automobile accident on May 8, 1978, near Santa Fe, New Mexico, T. C. Cannon continued to paint on both canvas and murals and also continued printmaking and writing poetry. His works are held by the Gilcrease Museum in Tulsa, the Southern Plains Indian Museum in Anadarko, the National Cowboy and Western Heritage Museum in Oklahoma City, the Institute of American Indian Arts in Santa Fe, and numerous private collections.

The following (as per The Chicago Manual of Style, 17th edition) is the preferred citation for articles:
Mary Jo Watson, “Cannon, Tommy Wayne,” The Encyclopedia of Oklahoma History and Culture, https://www.okhistory.org/publications/enc/entry.php?entry=CA044.