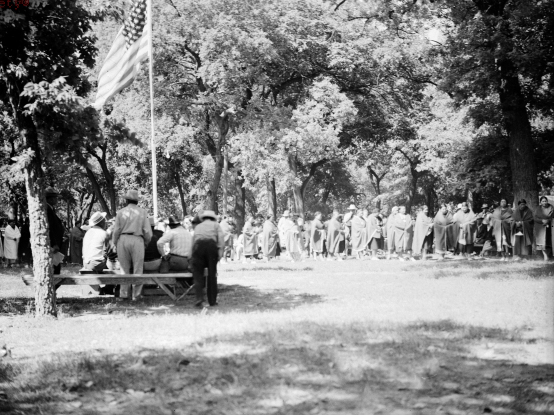 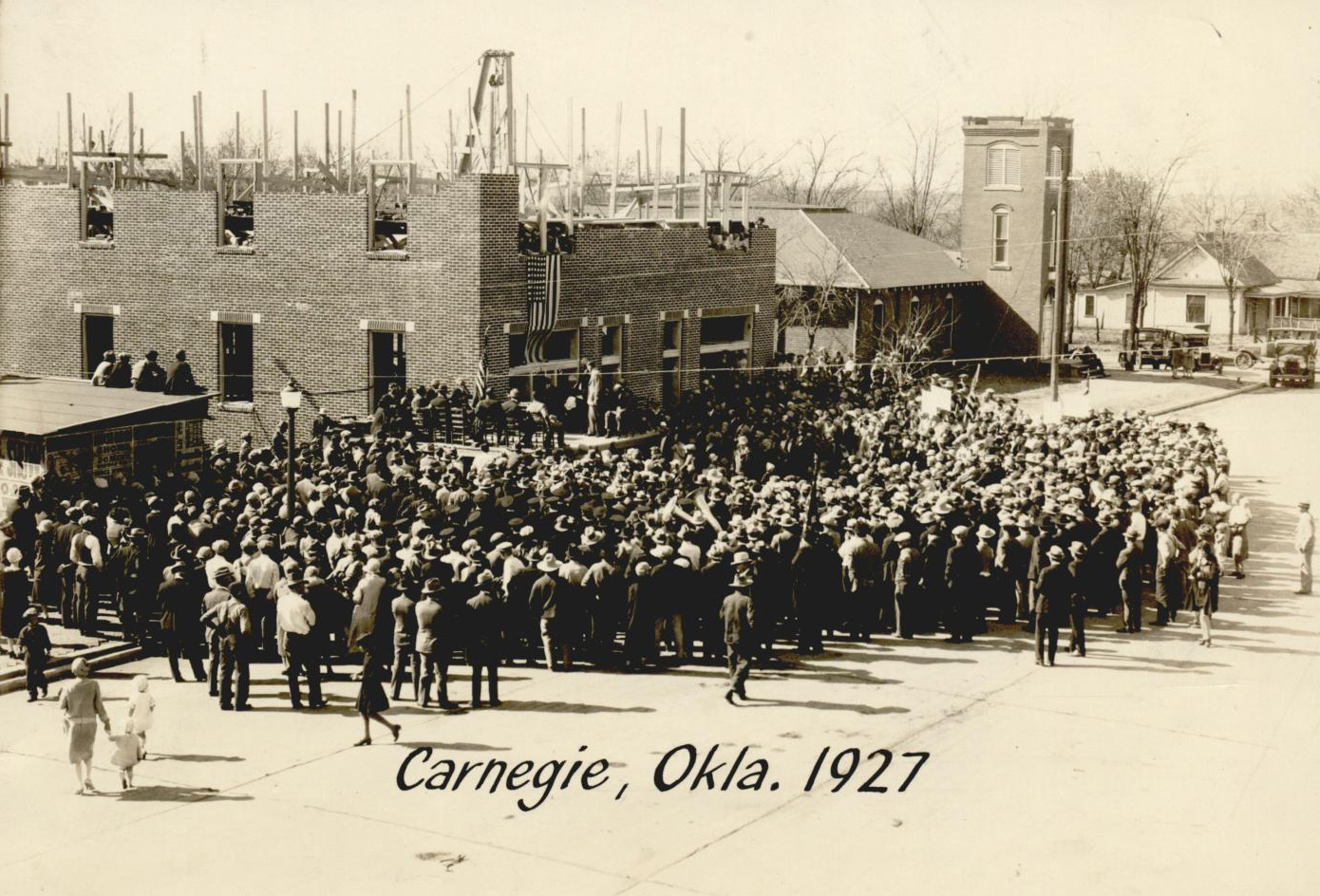 Carnegie, Oklahoma, is located on the western edge of Caddo County, almost due west of Anadarko twenty-seven miles. The town is situated on the intersection of State Highways 58 and 9, just south of the Washita River. Early settlement in the area straddled both sides of the Washita River with the early community being called Latham. As there was already a town by that name in the territory, the settlement changed its name to Carnegie, in honor of steel magnate and philanthropist Andrew Carnegie. Although the Carnegie post office was established December 28, 1901, lots within the townsite on the south side of the river were not sold by the Carnegie Townsite Company, managed by Frank Rickey and Dan W. Peery, until 1903.

Throughout its history Carnegie has relied on the surrounding agriculture community for much of its economic base. Located midway between Mangum and Chickasha on the Chicago, Rock Island and Pacific Railway line, the town boomed in the 1910s and 1920s as nearby farmers transported their goods, including cotton, wheat, broomcorn, cattle, hogs, and poultry. By the early 1930s five cotton gins operated in Carnegie, four of which remained in operation through World War II. While agriculture remained the mainstay of the community for the next four decades, Carnegie was unable to regain its pre–Great Depression heights. In the 1970s oil briefly displaced agriculture as the main economic force, and the town once again thrived. This boom was short lived, as the oil industry in Oklahoma fell in the 1980s.

In January 1904 the Carnegie Herald began publication, and it continues to be the town's primary newspaper. Other newspapers have included the Kiowa Indian News, which published between 1979 and 1994, and the Carnegie Democrat, in print for a short period in 1911. The community operates under the mayor-council form of government.

The following (as per The Chicago Manual of Style, 17th edition) is the preferred citation for articles:
Cynthia Savage, “Carnegie,” The Encyclopedia of Oklahoma History and Culture, https://www.okhistory.org/publications/enc/entry.php?entry=CA057.