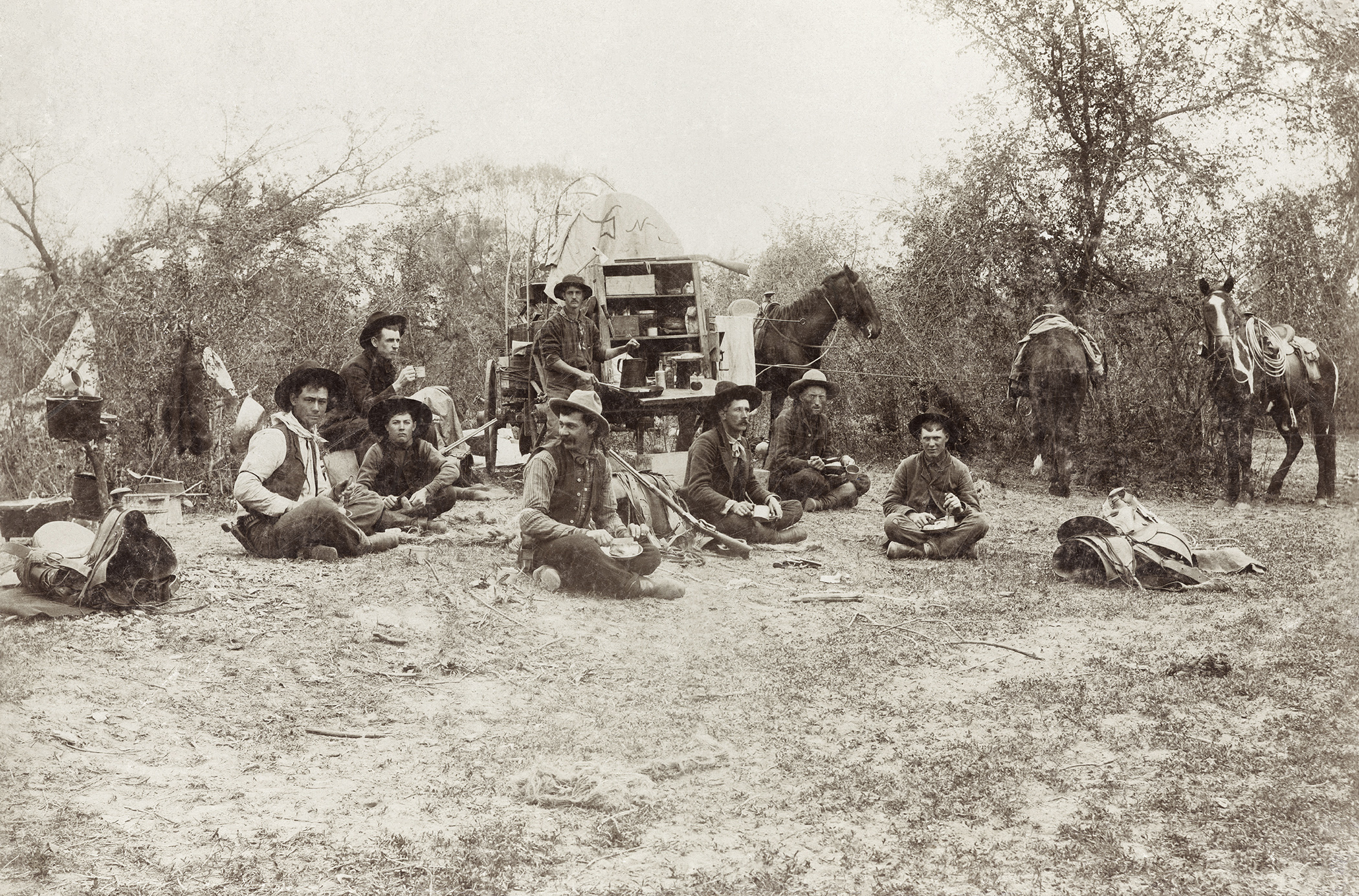 Texas cattle were first driven north across eastern Indian Territory to Missouri during the 1840s and 1850s after Texans found better markets for their cattle in St. Louis. They followed the Shawnee Trail from the Red River near Preston, Texas, into the Choctaw Nation and northeast to Boggy Depot. They pushed the herds past Fort Gibson to the Grand River and north into present Kansas and then turned them east into Missouri. Another branch of the Shawnee Trail went from Boggy Depot into Arkansas and north to Missouri. Several thousand Texas cattle were driven over this trail until the Civil War began. By then, smaller herds of cattle were driven along military roads by the U.S. Army to supply posts in Indian Territory.

When the Civil War ended, the only good cattle markets were in the East. Texans again began driving their herds over the Shawnee Trail. However, Missourians frequently stopped the drovers because their longhorns carried Texas fever, which killed domestic cattle. Texas cattle drives across Indian Territory slowed until the Union Pacific Railway began to build west of Kansas City, Missouri. When Texans learned cattle buyers were waiting to purchase their cattle for good prices in Abilene, Kansas, they drove their longhorns north through central Indian Territory. Crossing the Red River north of present Gainesville, Texas, the Texans pushed their herds north past the future sites of Sulphur, Pauls Valley, and Ponca City, Oklahoma, before striking the Arkansas River near present Arkansas City, Kansas, and then moving north to Abilene.

When the Kansas legislature ruled that Texas cattle could only be driven through unsettled portions of the state, Abilene died as a cattle market, and new cattle towns were established farther west in Kansas. The path across central Indian Territory shifted westward and followed a trail laid out a few years earlier by Indian trader Jesse Chisholm from the site of Wichita, Kansas, south to the Red River near present Ryan, Oklahoma. This pathway became known as the Chisholm Trail and follows present U.S. Highway 81. Between 1870 and 1876 thousands of Texas longhorns were herded north by this route to Wichita, Newton, and other Kansas towns. But then the Kansas legislature again moved the barrier line farther west, and Dodge City, in the southwestern part of the state, became the major Kansas cattle town.

To reach Dodge City a new trail was laid out from Doan's Crossing on the Red River near Vernon, Texas, north past the sites of present Clinton and Woodward, Oklahoma, and northwest to Dodge City. This was called the Great Western Trail, or simply the Western Trail. By that time cattle raisers in Indian Territory were also using this route to drive their animals to market. The trail remained open until in 1886 the Kansas legislature barred all Texas cattle drives from Kansas.

The following (as per The Chicago Manual of Style, 17th edition) is the preferred citation for articles:
David Dary, “Cattle Drives,” The Encyclopedia of Oklahoma History and Culture, https://www.okhistory.org/publications/enc/entry.php?entry=CA076.