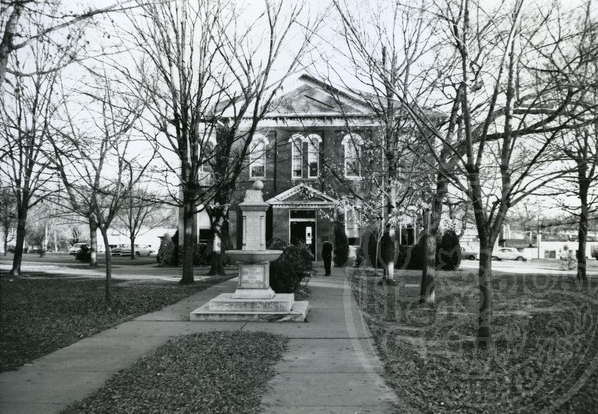 Located in northeastern Oklahoma, Cherokee County has a total land and water area of 776.40 square miles. Bordering counties include Mayes and Delaware on the north, Adair on the east, Sequoyah on the south, and Muskogee and Wagoner on the west. Important rivers and streams include the Illinois River, Baron Fork, Town Branch (also known as Ross Branch and Tahlequah Creek), and Park Hill creeks. The area is located in the foothills of the Ozark Mountains and includes the Cookson Hills, which was a favorite hideout for turn-of-the-twentieth-century outlaws. Cherokee County was created from the Cherokee Nation's Tahlequah District at the 1906 Constitutional Convention and named for the Cherokee Nation. The county seat is located at Tahlequah, which was also the capital of the Cherokee Nation.

According to the Oklahoma Archeological Survey in 2004, archaeologists have tested two Paleo-Indian, sixty-nine Archaic, nineteen Woodland, and twenty-three Plains Village-era sites. The Harlan Site revealed critical information on the mound builder society prevalent in the area around A.D. 700 until approximately A.D. 1250.

The "Trail of Tears" brought a large population of American Indians to Cherokee County. Prominent Cherokees settled at Park Hill, an established mission community, and at Tahlequah, the new capital, which was incorporated under Cherokee law in 1844. Many of the Cherokees' government buildings and residences, especially at Park Hill, were destroyed during the Civil War by one side or the other, as the conflict divided the tribe. In the mid-1870s non-Indians began illegally moving into present Cherokee County. In 1878 seventeen of these intruders were reported, and that number quadrupled within five years. By the 1890s whites outnumbered Indians. Land was surveyed in that decade, and beginning in 1902 individual Cherokees received allotments from the federal government. In 1906 the Cherokee Nation's tribal government was dissolved in preparation for statehood.

Many historic sites exist in the county. The Cherokee Heritage Center is located on the grounds of the original Cherokee Female Seminary, which is listed in the National Register of Historic Places (NR 74001658), at Park Hill. Also at Park Hill are the Ross Cemetery (NR 02000170) and the 1845 George Murrell house (NR 70000530 as "Murrell Home"), built by George M. Murrell, a white planter married to a niece of Cherokee Chief John Ross. The Murrell Home is also listed as a National Historic Landmark. The historic site was renamed Hunter's Home in 2018. Tahlequah is home to the historic Cherokee Capitol Building (NR 66000627), Cherokee Supreme Court Building (NR 74001657), Cherokee National Jail (NR 74001656), and seven other National Register properties.

The county is well known for its lakes and recreational areas. In 1953 the U.S. Army Corps of Engineers completed Tenkiller Ferry Dam on the Illinois River for flood control and recreation purposes. Most of Tenkiller Lake is in Cherokee County. Lake Fort Gibson and the Grand River border Cherokee County on the west. The county has two state parks, Cherokee Landing and Sequoyah. Sparrowhawk Wildlife Management Area is located entirely in the county, and parts of the Cookson, Fort Gibson, and Tenkiller Wildlife Management areas are within its borders. The county has four watersheds, the Lower Neosho, Dirty-Greenleaf, Robert S. Kerr Reservoir, and Illinois. The scenic Illinois River is a major tourist attraction.

The basis of the county's economy historically has been agriculture. Major crops include corn, vegetables, and wheat. In 1940 nearly 62 percent of the labor force was engaged in agriculture. By 1970 the number of farmers had decreased to 29 percent of the population. By 1990 the farm population was only 4.4 percent. However, specialized agricultural commodities emerged. In 2002 Cherokee County was ranked first in the state for the value of nursery and greenhouse crops and seventh in the state for sales of poultry and eggs. The decrease in agriculture was largely due to urbanization around the Tahlequah area and economic development after World War II. In 2000 the county's major employers included Northeastern State University, the Cherokee Nation, the nursery industry, and public education.

Major transportation routes include U.S. Highway 62, which crosses the county from east to west. Other routes include State Highway 51, an east-west road, State Highway 10, which extends from the western border and curves to the north, and State Highway 82, which crosses the county from north to south. In 1901–03 the Ozark and Cherokee Central Railway (acquired by the St. Louis and San Francisco Railway) became the first to build tracks though Cherokee County, accessing markets and contributing to an increase in agricultural production. The railroad declined by 1940, largely due to an increase in automobiles and a decrease in profits during the Great Depression of the late 1920s and 1930s. Rail service in Cherokee County ended in 1942.

Education in the county is deeply rooted in its Cherokee heritage. The Cherokee Male and Female seminaries opened in 1851 at Tahlequah and Park Hill, respectively. Many seminary graduates attended eastern colleges, and the Female Seminary became a social center for the Cherokee Nation. Burned in 1887, the seminary building was rebuilt in Tahlequah. After 1907 statehood Oklahoma purchased the Female Seminary (also in the National Register of Historic Places, NR 73001558). This institution became Northeastern State Normal School, which is now Northeastern State University. In 1910 fire destroyed the Male Seminary.

Notable citizens have included many principal chiefs of the Cherokee Nation. John Ross, who served as chief from 1828 until his death in 1866 and presided over the "Trail of Tears," the Civil War era, and much internal division and conflict, made his home at Park Hill. Wilma Mankiller, the first woman to serve as Cherokee principal chief, led her nation through a period of renewed growth from 1985 to 1995. Principal Chiefs William P. Ross, Dennis Bushyhead, and Ross Swimmer, among others, also lived in the county. Other noteworthy residents included world-champion archer Joe Thornton, movie and television actor Clu Gulager, and politician and former Speaker of the Oklahoma House of Representatives W. P. "Bill" Willis. Accomplished Cherokee author and historian Robert J. Conley and Cherokee actor Wes Studi also have lived in the county.

In 1907 the Cherokee County's population was 14,274. It grew to 21,030 by 1940 but declined to 17,762 by 1960. In the next decade the population began a steady growth, spurred by enrollments at Northeastern State University and a reestablishment of Cherokee tribal government. Attracted by the area's pleasant climate, timbered hills, and various lakes and rivers, a number of retirees also began moving to Cherokee County. By 1970 the population had reached 23,174, and growth continued steadily. The number of residents reached 30,684 in 1980, 34,049 in 1990, and 42,521 in 2000. In 2010 the census registered a population of 46,987, with 52.3 percent white, 34.0 percent American Indian, 1.3 percent African American, and 0.6 percent Asian. Hispanic ethnicity was identified as 6.3 percent. Tahlequah and Hulbert are the county's only incorporated towns.

Brad Agnew, "A Legacy of Education: The History of the Cherokee Seminaries," The Chronicles of Oklahoma 63 (Summer 1985).

The following (as per The Chicago Manual of Style, 17th edition) is the preferred citation for articles:
Amanda Burnett, “Cherokee County,” The Encyclopedia of Oklahoma History and Culture, https://www.okhistory.org/publications/enc/entry.php?entry=CH017.