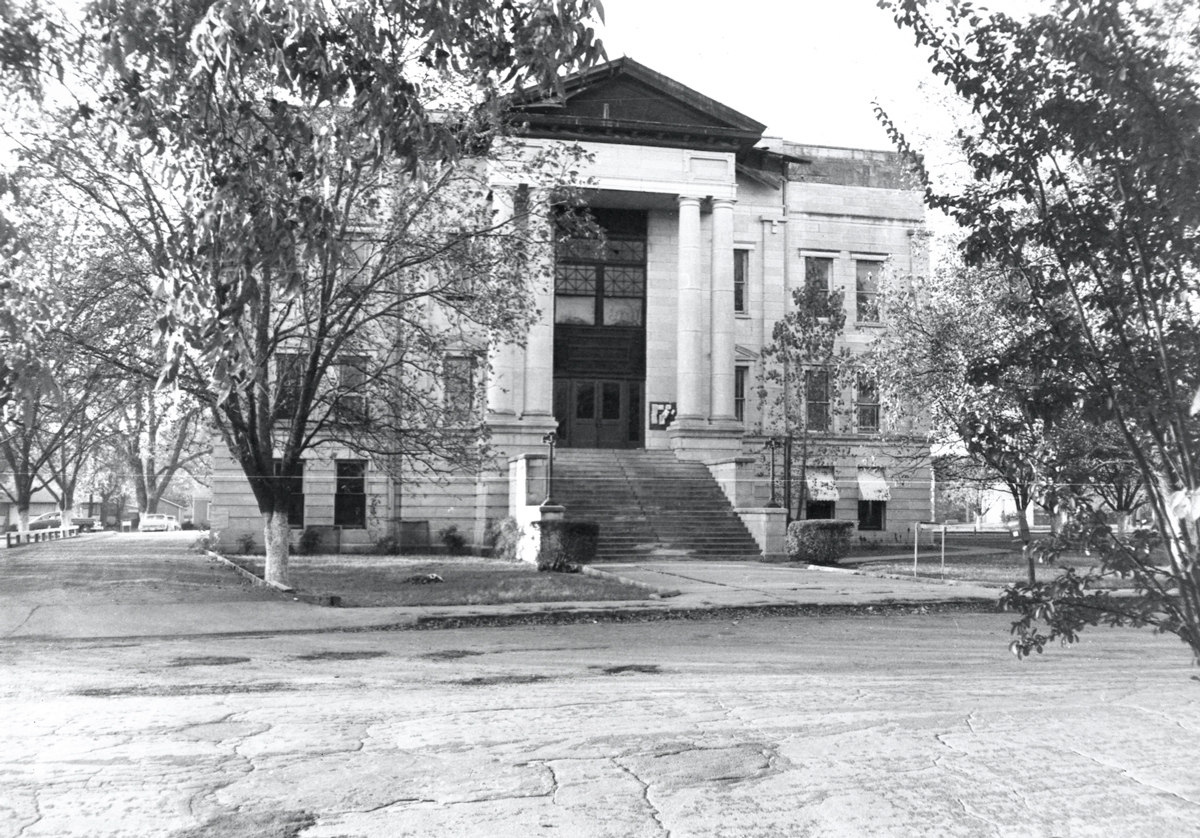 Choctaw County derives its name from "Chahta," the mythical founder of the Choctaw tribe. Containing a total land and water area of 800.68 square miles, the county is bordered by McCurtain County on the east, Bryan County on the west, Pushmataha and Atoka counties on the north, and the Red River and Texas on the south. The major water feature in Choctaw County is the Kiamichi River, which drains northwest to southeast into the Red River. The Muddy Boggy and Clear Boggy rivers (creeks) also drain into the Red. The county lies in the Coastal Plains physiographic region. U.S. Highway 70 passes east-west through most of the county's incorporated towns, those being Fort Towson, Sawyer, Hugo, Soper, and Boswell, and U.S. Highway 271 traverses north-south from west of Grant (also incorporated) to Hugo (the county seat) and north to Antlers in Pushmataha County. State Highways 109, 147, and 209 also serve residents.

Centuries before the first Europeans arrived, early Native peoples used the region. Archaeologists have studied only five Paleo-Indian (prior to 6000 B.C.) sites. A number of later period groups have resided or camped in the present county. At the beginning of the twenty-first century fifty-one Archaic (6000 B.C. to A.D. 1), forty-five Woodland (A.D. 1 to 1000), and fifty-four Plains Village (A.D. 1000 to 1500) sites were listed by the Oklahoma Archeological Survey. Several historic sites were also present.

Prior to statehood Choctaw County existed as a part of Jackson, Kiamichi, Cedar, and Towson counties of the Choctaw Nation. In 1824 the U.S. Army established Fort Towson, the second oldest fort in Indian Territory, in present Choctaw County. The Choctaw people began settling in the area in 1831–32 after their removal from the American South. Signing of the 1837 treaty for the final removal of the Chickasaws into the Choctaw Nation occurred at the town of Doaksville, located adjacent to the fort. Doaksville was the Chickasaw Nation's largest town and emerged as Indian Territory's most important regional agricultural and trading center. Both Towson and Doaksville served as capital of the Choctaw Nation at various times. Six miles east of present Hugo, Robert M. Jones, a wealthy Choctaw planter, built an elegant southern mansion that he named Rose Hill (burned in 1912). Jones owned more than two hundred slaves on his cotton plantations along the Red River. Tracing its roots to an 1848 Presbyterian mission among the Choctaw, the Goodland Presbyterian Children's Home, four miles south of Hugo, is one of Oklahoma's oldest such agencies still in existence. County Judge Thomas W. Hunter, called "the Godfather of the Choctaw," hailed from Boswell. In 1832 his father, Bina Ahanta, a mixed-blood, made the removal from Mississippi; his mother, Tennessee Hunter, was a white woman. Judge Hunter began his career as a teacher at Jones Academy, in 1902 unsuccessfully challenged Green McCurtain for the post of Choctaw chief, after statehood became the first mayor of Boswell, and later served eight terms in the Oklahoma House of Representatives. Another important Choctaw County figure was Joel Spring, titled "the Father of Hugo," who operated a store at Goodland. When the St. Louis and San Francisco Railway built a line through the Choctaw Nation in 1902, he moved to Hugo.

As the railroad became more important, Hugo developed into a commercial center. The Webb Hotel was one of the most important stops on the line. Reportedly, in the 1920s sixteen passenger trains stopped at the town each day, enabling travelers to take advantage of the Webb's facilities. Rail service remained a transportation factor, with the Kiamichi Railroad Company (KRR) providing east-west and north-south lines.

Agriculture, ranching, and the lumber industry have supported the county's economy. In 1910, when cotton reigned as the chief crop, the census counted 2,040 farms. Before World War II tenant farmers worked the majority of the farms. Tenants numbered 73 percent of all operators in 1930. By the 1930s corn, oats, prairie hay, and peanuts diversified the county's agricultural activities. By the end of the twentieth century, when farms numbered 991 and involved 337,961 acres, soybeans, vegetables, and corn were the main crops. A vegetable-processing industry thrived, and petroleum and crushed stone were also economic assets. The Kiamichi Area Vocational School and the Western Farmers Electric Cooperative were located in Hugo. Retail businesses and health care were the largest employers.

Choctaw County residents have included a variety of personalities. Hugo was also the home of Oklahoma Gov. William Judson Holloway, who in 1929 succeeded Henry S. Johnston after his impeachment. The town is also the winter headquarters for Carson & Barnes Circus and the Kelly-Miller Brothers Circus. Called "Circus City," the town has reserved part of Mt. Olivet cemetery for performers. Among those interred there are circus founder D. R. Miller and rodeo champion bull-riders Freckles Brown, Lane Frost, and Todd Whatley. Another recreational amenity has been the annual Bill Grant Bluegrass Festival, attracting musicians and large audiences each summer. Hugo has also garnered recognition for its restoration of the Frisco Depot and the Harvey House Restaurant. The Hugo Dam on the Kiamichi River has added fishing and boating at Lake Hugo, attracting tourist dollars. Lake Raymond Gary, east of Fort Towson, also appeals to outdoors enthusiasts.

The following (as per The Chicago Manual of Style, 17th edition) is the preferred citation for articles:
James C. Milligan, “Choctaw County,” The Encyclopedia of Oklahoma History and Culture, https://www.okhistory.org/publications/enc/entry.php?entry=CH051.