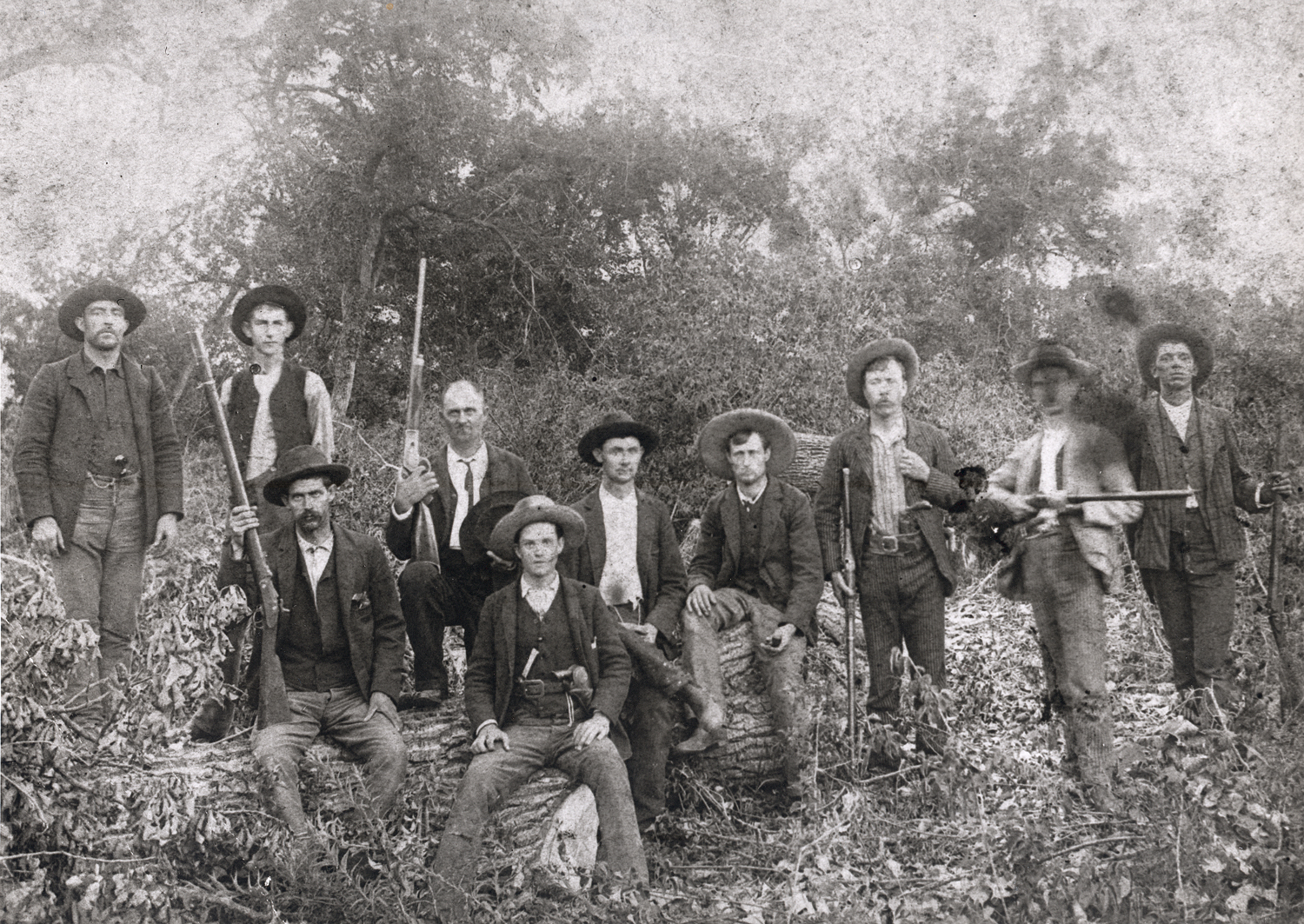 Ned Christie, American Indian outlaw of Indian Territory (I.T.) and son of Watt Christie, was born on December 14, 1852, in the Cherokee Nation. Serving on the Cherokee National Council for one term, Ned Christie was a blacksmith and gunsmith. He was charged with the murder of Deputy U.S. Marshal Dan Maples, which occurred on May 5, 1887, in Tahlequah. While Maples was in Tahlequah to arrest Cherokee outlaw Bill Pigeon and to pursue whiskey peddlers, he was shot and killed. Christie was in Tahlequah when Maple's murder occurred but adamantly stated that he had not committed the crime. The Federal District Court of Western Arkansas at Fort Smith issued a warrant for Christie's arrest. Believing that he would not receive justice in a United States court, Christie refused to surrender to the authorities.

In the Going Snake District of the Cherokee Nation he built a log cabin on a cliff known as Ned's Fort Mountain. For five years he repulsed numerous attempts by deputy U.S. marshals, including Heck Thomas and Bass Reeves, to capture or kill him. Christie's family and friends alerted him when lawmen were in the vicinity of his home and supplied him with provisions. His ability to evade arrest became legendary in I.T., and a Cherokee folk tale emerged to claim that Christie had successfully eluded the law because he was a shapeshifter who transformed into an owl or razorback hog.

Ned Christie's resistance ended on November 1, 1892, when Deputy U.S. Marshal Paden Tolbert led a sixteen-man posse into the Going Snake District. Using a U.S. Army cannon procured from Fort Scott, Kansas, the posse forced Christie out into the open and killed him on November 3. The outlaw was exonerated in 1918 when a Cherokee freedman named Dick Humphrey came forward and told a newspaper reporter that he witnessed Maples's murder and that Christie was not the assailant. Humphrey stated that he had been afraid to speak earlier for fear of losing his life. Some researchers believe Christie was a victim of a conspiracy designed to punish him because during his service on the Cherokee National Council he had opposed railroad development in Indian Territory.

The following (as per The Chicago Manual of Style, 17th edition) is the preferred citation for articles:
Art T. Burton, “Christie, Ned,” The Encyclopedia of Oklahoma History and Culture, https://www.okhistory.org/publications/enc/entry.php?entry=CH061.