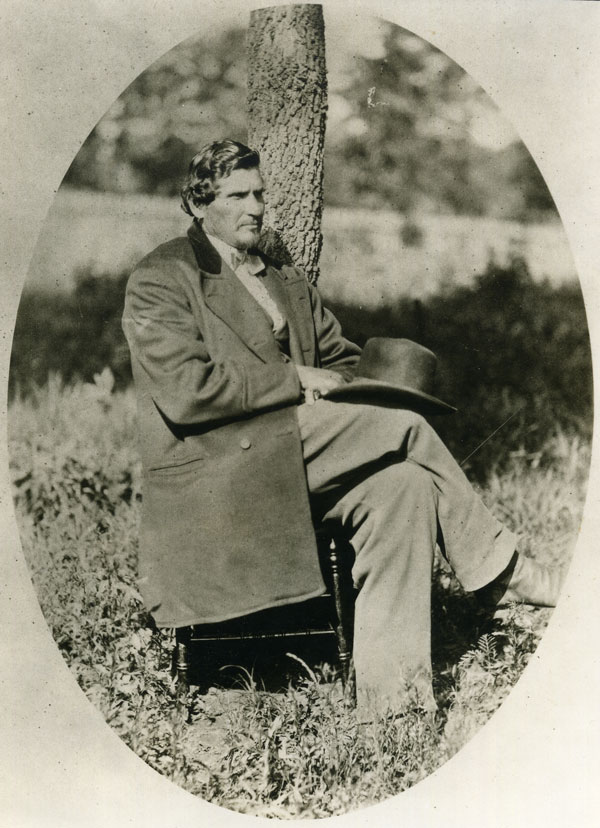 A Seminole Indian chief, John Chupco was born in Florida circa 1821. A full blood, he led the Hvteyievike (Newcomer) Band to the Indian Territory (present Oklahoma) during the Third Seminole War (1855–58). As a town chief he rejected the August 1861 treaty of alliance between the Seminole Nation and the Confederate States of America. He and his townspeople subsequently joined the followers of Loyal Creek leader Opothleyahola and removed to Kansas. During their flight Chupco participated in the Civil War battles of Round Mountain (November 19, 1861), Chusto-Talasah (December 9, 1861), and Chustenahlah (December 26, 1861). In Kansas he enlisted in the U.S. Army and attained the rank of first sergeant in Company F, First Regiment, Indian Home Guard.

Standing six feet, seven inches tall, Chupco was nicknamed "Long John" by his fellow troops. During the war he was regarded as the "Northern" Seminole chief, and John Jumper led the Southern faction. He represented the Loyal Seminole at the Fort Smith Council of 1865 and signed the Seminole Reconstruction Treaty of 1866. The United States recognized him as the principal chief of the Seminole Nation from 1866 until his death in 1881.

During the postwar years Chupco expected all Seminoles to help rebuild their nation. A stickler for law and order, he enforced fines for loafing. He became a member of the Presbyterian Church at Wewoka in 1869. He maintained a farm residence and possessed much livestock. In 1870 he had approximately 140 acres under cultivation. That same year he protested the proposed national legislation to establish the Territory of Oklahoma. John Chupco died at his Seminole Nation home on February 17, 1881. Although uneducated, he was regarded as an able administrator.

The following (as per The Chicago Manual of Style, 17th edition) is the preferred citation for articles:
Jon D. May, “Chupco, John,” The Encyclopedia of Oklahoma History and Culture, https://www.okhistory.org/publications/enc/entry.php?entry=CH063.