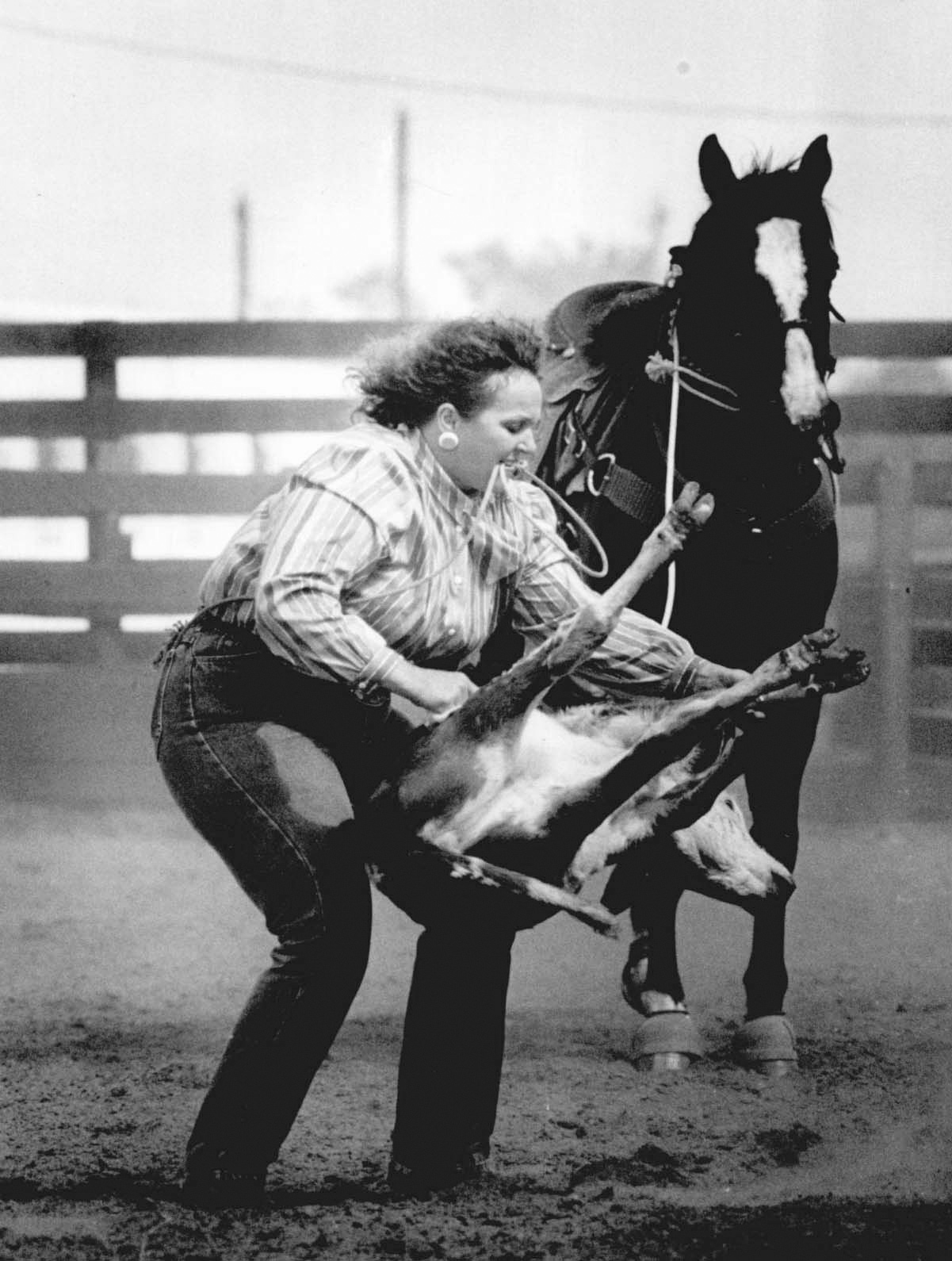 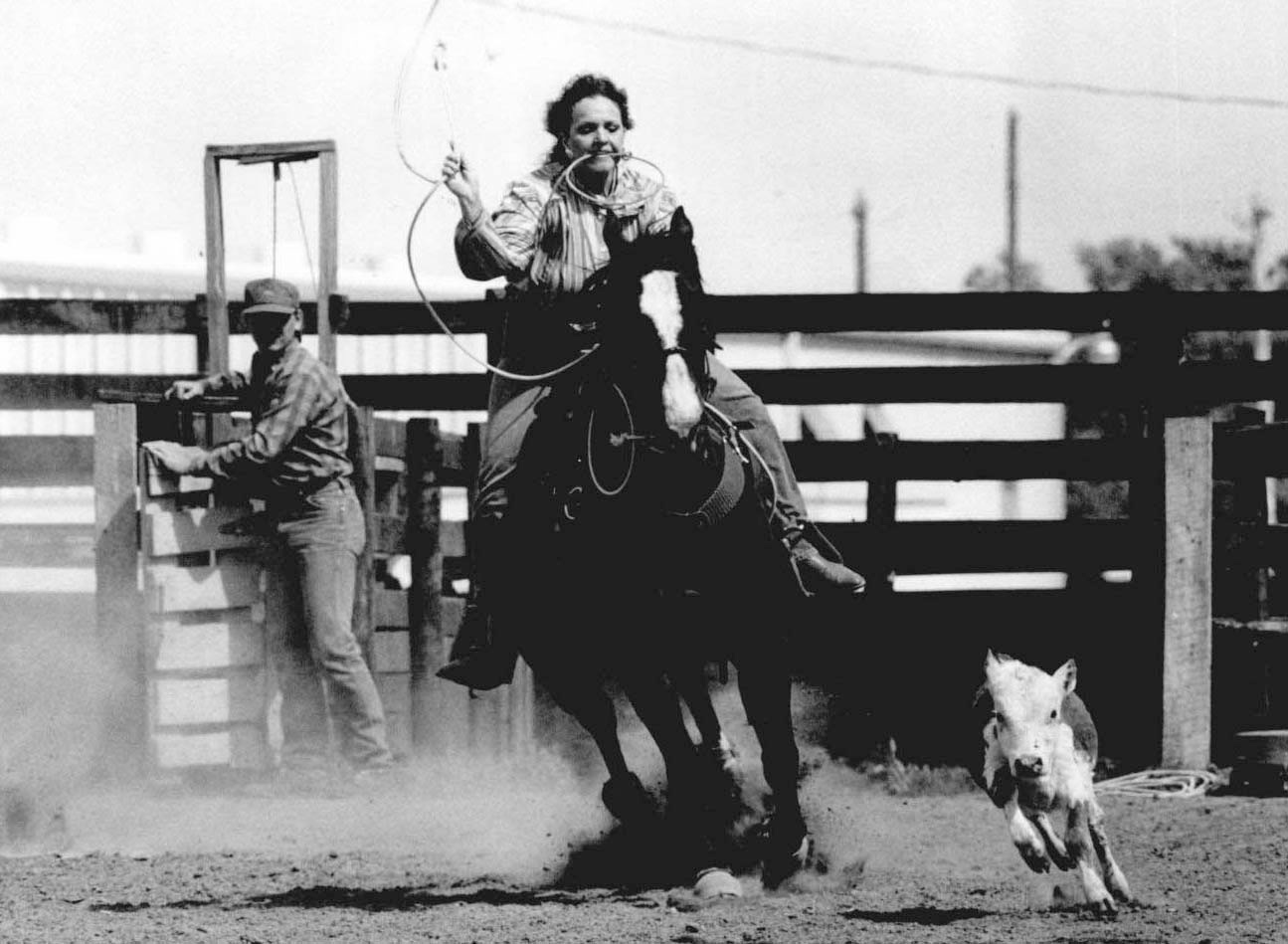 A rodeo champion and college coach, Betty Gayle Cooper was born on February 7, 1952, in Hobbs, New Mexico, to Dale "Tuffy" Cooper, a rodeo champion and rancher, and Betty Rose Hadley Cooper, a ranch-raised Oklahoman. The younger Betty Cooper specialized in breakaway and tie-down roping. While attending Hobbs High School, she competed in the American Junior Rodeo Association (AJRA) and won her first national roping championship at age twelve. In 1971–75 she attended Eastern New Mexico University on the first rodeo scholarship ever given to a woman. There she won two national championships and three Southwest National Intercollegiate Rodeo Association (NIRA) titles. The first, in 1972, was in breakaway roping, and that year she also captured the All-Around Cowgirl title at the College National Finals Rodeo. The university honored her with the Outstanding Woman Athlete Award.

After college graduation in 1975 she became an educator. She taught physical education and coached girls' sports teams at Lovington (New Mexico) High School. In that year she also turned professional, joining the Girls' Rodeo Association (after 1981, Women's Professional Rodeo Association, WPRA) circuit. Over the course of her WPRA career, in the Women's National Finals Rodeo she compiled nine world championships, including the All-Around Cowgirl title in 1981, 1982, and 1983; the calf-roping championship in 1979, 1981, 1982, and 1983; the goat-tying title in 1982; and the breakaway-roping title in 1989.

In 1976 Cooper moved to Southeastern Oklahoma State University (SOSU), Durant, and completed a master's degree while coaching both men's and women's rodeo teams. Under her tutelage the school captured nine NIRA team championships (five men's and four women's). She also set a national record for most career wins by a rodeo-team coach. During her tenure at SOSU individual rodeo athletes compiled two dozen NIRA championship titles. She also served as the university's director of equestrian athletics and taught equestrian studies courses. Meanwhile, Cooper continued to compete professionally and was rodeo director for the WPRA.

In the 1990s the multi-talented Cooper-Ratliff (who married Harry "Rip" Ratliff in 1992) invented and patented a "releasable honda for lariat ropes" (a quick-breakaway knot for the loop), a feature that was useful for roping practice (1998). She was inducted into the National Cowgirl Hall of Fame in 1987 and into the Women’s Professional Rodeo Association Hall of Fame in 1996, receiving that organization’s first Pioneer Award. On November 12, 1999, she died of cancer in Durant, Oklahoma, while still coaching at SOSU.

The following (as per The Chicago Manual of Style, 17th edition) is the preferred citation for articles:
Dianna Everett, “Cooper-Ratliff, Betty Gayle,” The Encyclopedia of Oklahoma History and Culture, https://www.okhistory.org/publications/enc/entry.php?entry=CO088.