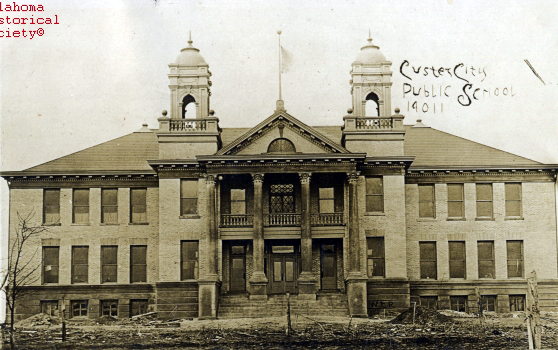 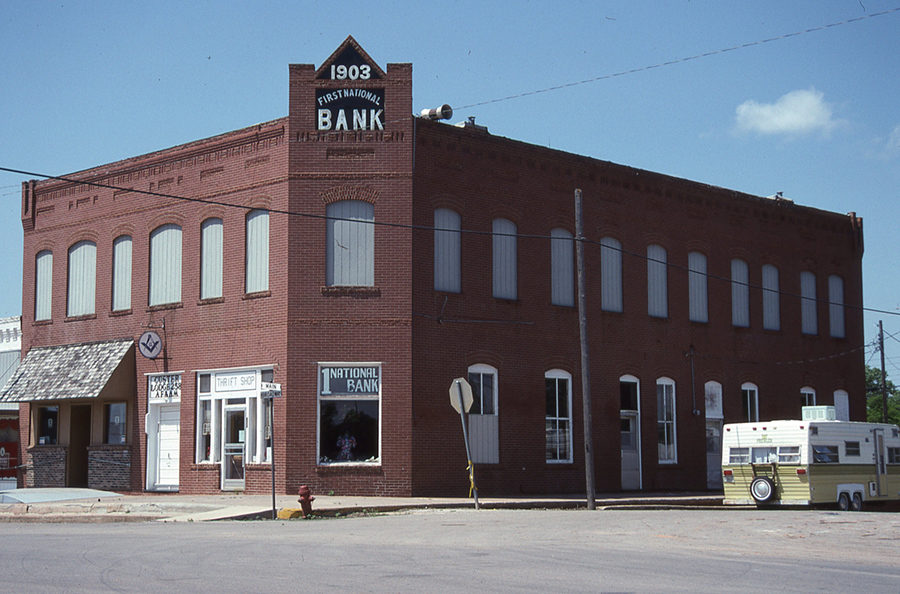 Situated in the northeastern quadrant of Custer County, Custer City is located on State Highway 33, four miles east of U.S. Highway 183. Custer City was originally known as Graves, and a post office was established there on January 22, 1894, in the dugout home of Phillip Graves, who served as the first postmaster. Graves had participated in the Cheyenne-Arapaho Opening on April 19, 1892. Between 1901 and 1903 the Blackwell, Enid and Southwestern Railroad (later the St. Louis and San Francisco Railway) constructed a line that connected the town with Darrow in Blaine County to the northeast and the Red River to the south. On September 28, 1904, the post office name changed to Custer City, in honor of Lt. Col. George A. Custer (who had reached the rank of major general during the Civil War). Two years later the Kansas City, Mexico and Orient Railway (later the Atchison, Topeka and Santa Fe Railway) also built a line through Custer City.

The townsite was opened for settlement in July 1902 when the Frisco Townsite Company sold lots. The land for the town had been bought from local homesteaders A. B. Oberly, Phillip Graves, and Jay Hamilton. When the railroad bypassed the nearby community of Independence, its citizens moved to Custer City. In 1902 Everett Veatch, who had published the Independence Courier newspaper, moved to Custer City and established the weekly Custer Courier. In September 1902 the Custer City Telephone Company was granted a charter, and soon ten miles of telephone lines were installed. By 1912 the town had electricity. During the first school term, in 1902, children received their education in a sod schoolhouse. In winter 1903 a classroom was secured on the second floor of the Ternes Building in Custer City. By 1904 students attended classes in a two-story, frame school building, which was replaced by a brick facility in 1911.

Located eight miles northeast of the county seat of Arapaho, Custer City served as a support and trade center for a surrounding agricultural region in which wheat, broomcorn, and cotton were grown. By 1909 the town had two banks, four general stores, four elevators, a flour mill, a cotton gin, a broomcorn factory, three liveries, three blacksmith shops, a tinsmith, and a wagon maker. Citizens had organized Baptist, Christian, and Methodist Episcopal churches. In the 1930s an automobile business, a grain elevator, three cotton gins, and a machine shop were the major enterprises. Local amenities included two parks, a library sponsored by a women's club, and a golf course.

At the turn of the twenty-first century Custer City was a "bedroom" community. Eighty-nine percent of the employed residents commuted to Arapaho, Clinton, or Weatherford. Between 1903 and 2000 businesses dwindled from approximately fifty to less than twelve. Children attended the Thomas-Fay-Custer unified school district in Thomas, located nine miles northeast of Custer City. The Broadway Hotel (NR 85000489), the First National Bank of Custer City (NR 85003426), and J. J. Pyeatt's General Store (NR 85000488) have been listed in the National Register of Historic Places.

The following (as per The Chicago Manual of Style, 17th edition) is the preferred citation for articles:
Linda D. Wilson, “Custer City,” The Encyclopedia of Oklahoma History and Culture, https://www.okhistory.org/publications/enc/entry.php?entry=CU009.