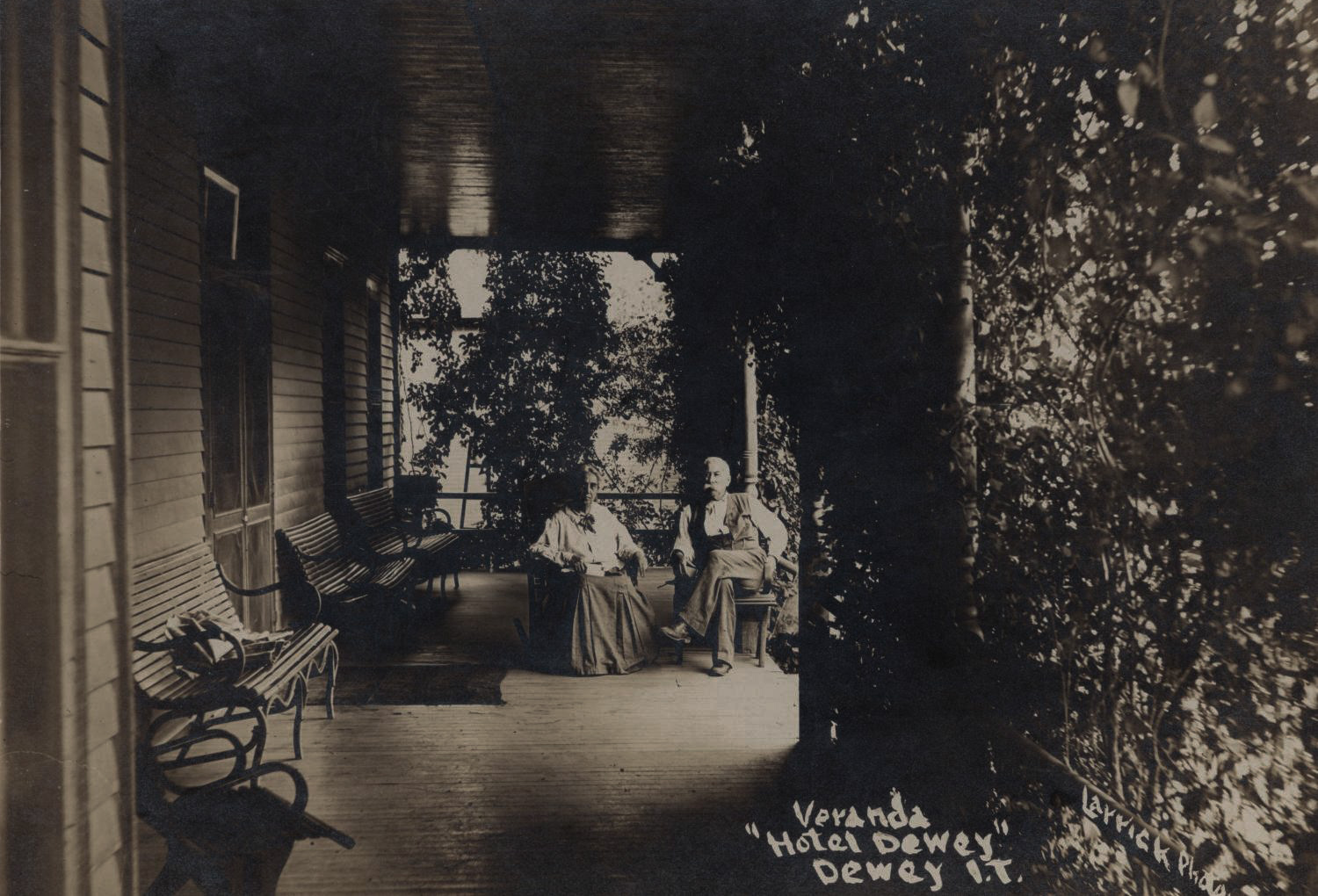 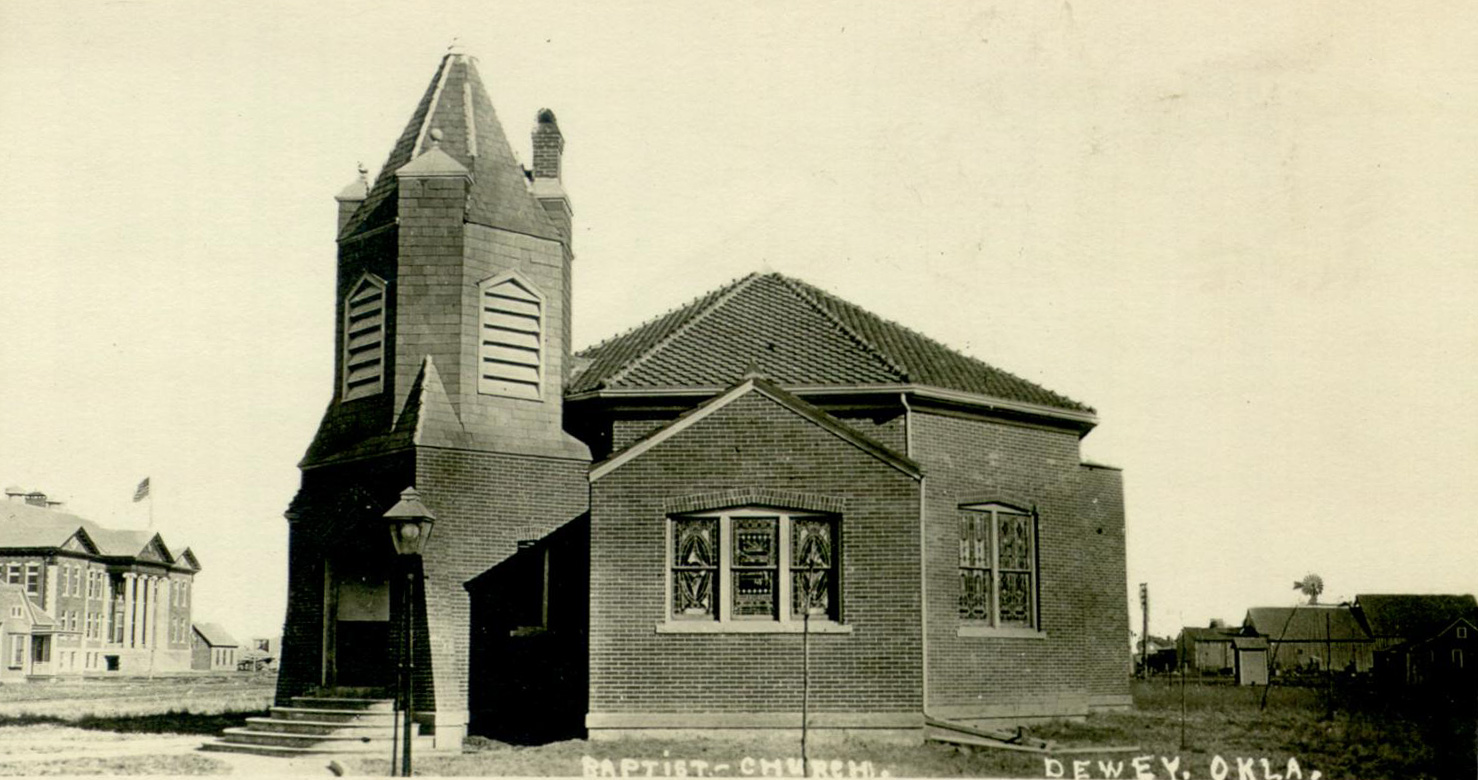 Washington County's second largest community, Dewey is situated on U.S. Highway 75, seven miles northeast of downtown Bartlesville. Dewey was founded in 1899 by Jacob H. Bartles and was named in honor of Spanish-American War hero Adm. George Dewey. The Dewey post office was established on April 19, 1899, and the town was incorporated on December 8, 1905. In March 1875 Jacob H. Bartles, a son-in-law of Delaware Chief Charles Journeycake, purchased a gristmill on the north bank of the Caney River at present Bartlesville. He soon enlarged the mill and opened a trading post and a hotel nearby. When the Atchison, Topeka and Santa Fe Railway bypassed his settlement in 1899, Bartles relocated three miles to the north, moving his trading post intact to a wheat field he possessed near the railroad right-of-way. There he built the Dewey Hotel, which opened in 1900. Donated to the Washington County Historical Society in 1967, the restored building is listed in the National Register of Historic Places (NR 75001578).

A number of enterprises supported the early economy. Wheat was an important local commodity, and the Bartlesville-Dewey Field provided petroleum industry employment. The Dewey Portland Cement Company opened in 1906 and remained a major employer until staff reductions in the 1950s. The plant closed in September 1965. Dewey's first newspaper, the Dewey Eagle, was published in 1900. The Missouri, Kansas and Texas Railway reached town in 1903. By 1907 the community had 748 residents. That number increased from 1,344 in 1910 to 2,095 in 1930. From 1940 to 1960 it grew from 2,114 to 3,994.

Western actor Thomas E. "Tom" Mix was a performer with the Miller Brothers 101 Wild West Show when introduced to Dewey native Olive Stokes. Mix married her in 1909. They resided at Dewey, and he worked in law enforcement. Dewey's Tom Mix Museum opened in 1968. The museum and its collection of Mix memorabilia have been operated and maintained by the Oklahoma Historical Society since 1973. Dewey is also home to the Washington County Fairgrounds. The Dewey Roundup was held at the fairgrounds beginning in 1916. Premiering in 1909, the rodeo was an annual Fourth of July event until 1948.

Dewey's population declined from 3,545 in 1980 to 3,179 in 2000 and then grew to 3,432 in 2010. The highest percentage of those employed in 2000 worked in sales. The Dewey public school system consists of an elementary school, a middle school, and a high school. In the tradition of the Dewey Roundup, the schools' mascot is a Bulldogger.

The following (as per The Chicago Manual of Style, 17th edition) is the preferred citation for articles:
Jon D. May, “Dewey,” The Encyclopedia of Oklahoma History and Culture, https://www.okhistory.org/publications/enc/entry.php?entry=DE017.