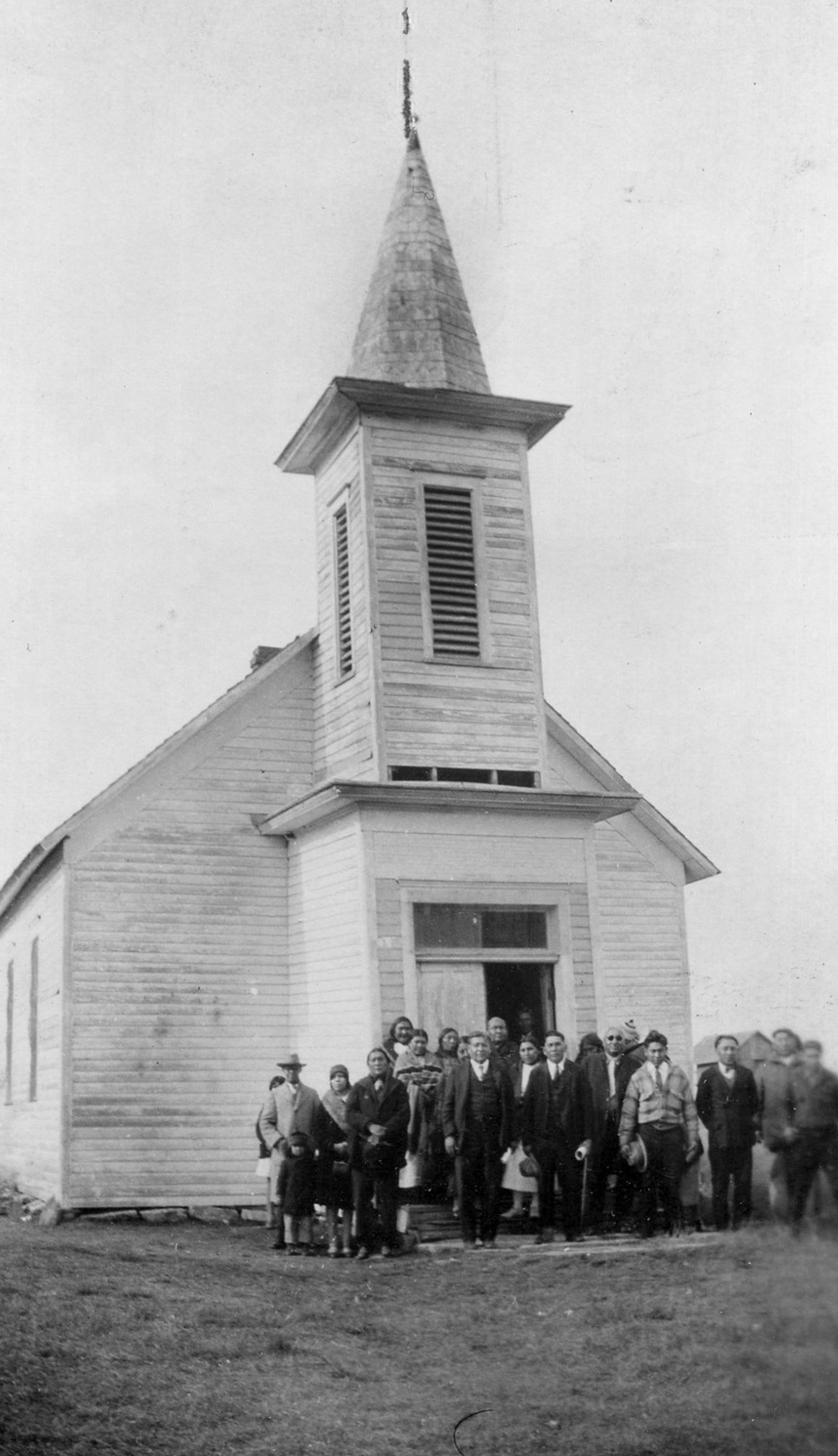 The Deyo Mission, also called the First Comanche Mission, was established by Elton Cyrus Deyo in late winter 1883 near Cache. Deyo, a Baptist and 1893 graduate of the Colgate Theological Seminary, arrived at the Kiowa-Comanche-Apache Reservation in October 1893 with his wife, Anna. The Comanche gave them a cool reception. Indeed, church construction began at three or four different sites before the Deyos finally found one that was acceptable to the Comanche (five miles east and two miles south of Cache). Formally organized in November 1895, the congregation struggled in its first years, and the Deyos claimed only thirteen Comanche converts by 1901. Between 1902 and 1911, however, Deyo converted 150, with thirty-six in 1903 alone.

E. C. Deyo was also an outspoken promoter of development in the region, and he gained a reputation for supporting the opening of reservation lands to non-Indians on the grounds that it would hasten the conversion of the Comanche. He reported his own efforts "to prepare the Comanche to meet his God, and dwell with him in heaven forever," and he looked forward to the time when "these broad prairies may be settled by industrious Christian whites, who will help to roll onward the Grand Old Gospel Car."

The Deyo Mission, now the Deyo Baptist Church, has been in continuous use since its founding and since the middle of the twentieth century has had a succession of Comanche pastors. Like many other Indian churches, it has often provided Comanche a way to maintain elements of their traditional culture through the use, for example, of native hymns.

Hugh D. Corwin, "Protestant Missionary Work Among the Comanches and Kiowas," The Chronicles of Oklahoma 46 (Spring 1968).

The following (as per The Chicago Manual of Style, 17th edition) is the preferred citation for articles:
Clyde Ellis, “Deyo Mission,” The Encyclopedia of Oklahoma History and Culture, https://www.okhistory.org/publications/enc/entry.php?entry=DE019.