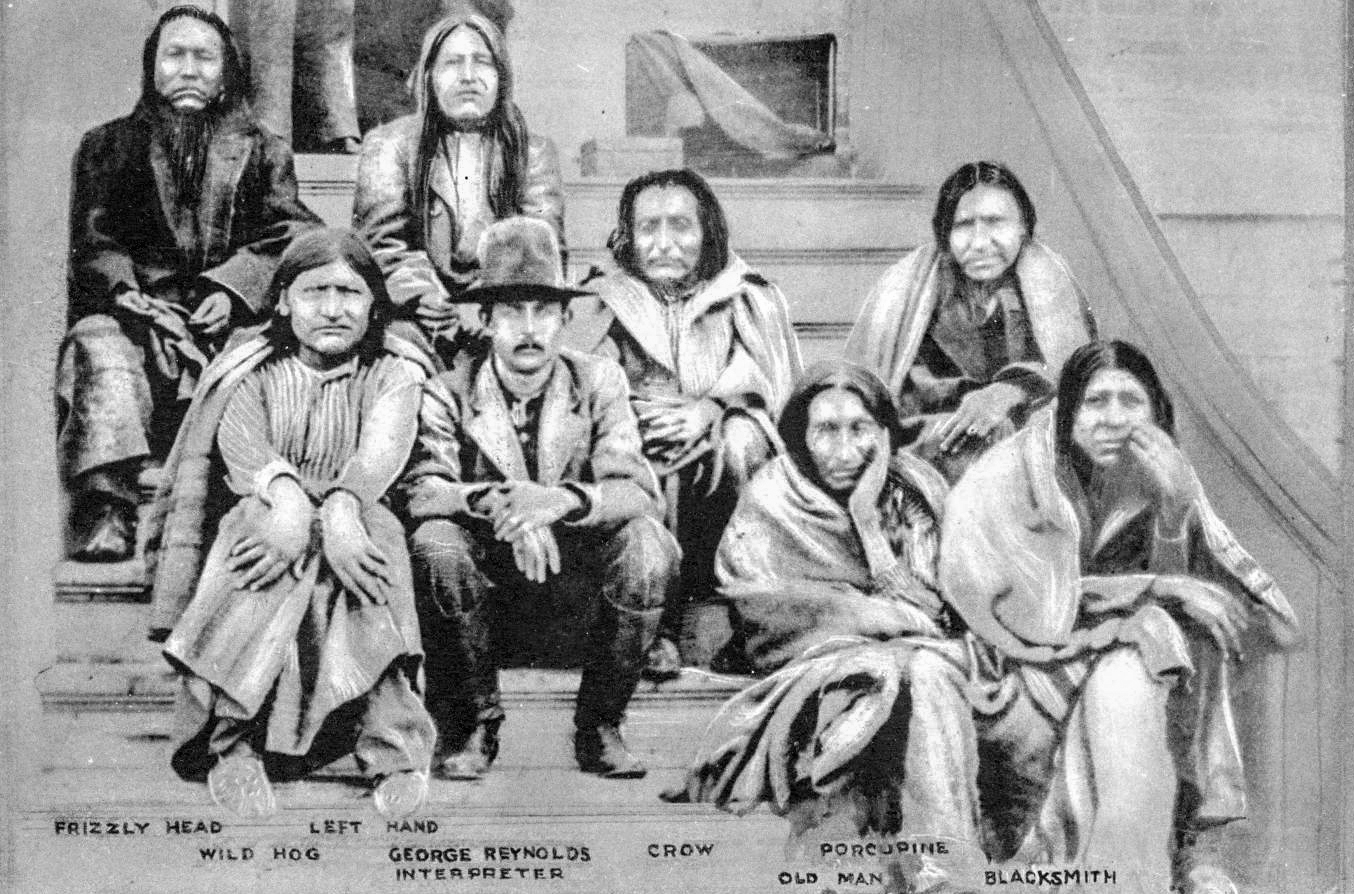 The Northern Cheyenne leader Dull Knife was born circa 1810 on the Rosebud River in present Montana. He "touched the pen" at the 1868 Fort Laramie treaty council, identifying himself as Morning Star. Dull Knife (Tah-me-la-pash-me) was a name bestowed upon him by the Sioux. A renowned Dog Soldier, he was a combat leader during Red Cloud's war, including the Fetterman ambush at Fort Kearney in December 1866.

On November 25, 1876, with his Cheyenne warriors, Dull Knife fought a delaying action against some fourteen hundred U.S. soldiers and Indian scouts who had attacked his camp in the Bighorn Mountains, allowing his people to escape. Casualties, lack of food, and a concern for the Cheyenne women and children moved Dull Knife to surrender at Fort Robinson, Nebraska, in spring 1877. The Northern Cheyenne were then ordered to Indian Territory, and they joined the Southern Cheyenne at the Darlington Agency.

Three hundred Cheyenne under Dull Knife, Little Wolf, and Wild Hog broke from the Cheyenne-Arapaho Reservation on September 9, 1878. Their northward retreat toward their ancestral homeland resulted in fighting at Turkey Springs in Indian Territory and on Bluff Creek, Sand Creek, and Punished Women's Fork in Kansas. Dull Knife's band surrendered on October 23, 1878, at Chadron Creek in Nebraska.

The Cheyenne were taken to Fort Robinson, Nebraska, where they were imprisoned until young warriors launched an escape on January 9, 1879. Evading troops and armed locals, Dull Knife, with a party of women and children, hid in a rock shelter for ten days in subzero weather before making their way to the Pine Ridge Agency in South Dakota. His final years were spent in southern Montana with his son Bull Hump, in whose home Dull Knife died in 1883. In 1917 his remains were reinterred at Lame Deer, Montana.

The following (as per The Chicago Manual of Style, 17th edition) is the preferred citation for articles:
Burl E. Self, “Dull Knife,” The Encyclopedia of Oklahoma History and Culture, https://www.okhistory.org/publications/enc/entry.php?entry=DU004.