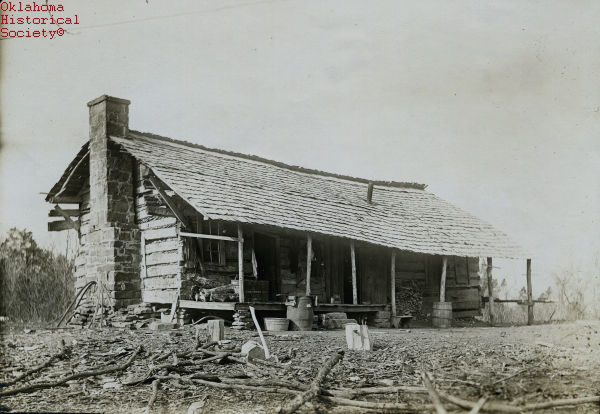 Fort Coffee was established in April 1834 by soldiers of the Seventh Infantry under the command of Capt. John Stuart. Located about six miles north of present Spiro in Le Flore County, Oklahoma, Fort Coffee was built on a bluff on the south bank of the Arkansas River at a place known as Swallow Rock. Its purpose was to protect the Choctaw and to stop liquor from entering Indian Territory from Arkansas. During the Texas Revolution of 1835–36, troops at Fort Coffee guarded the western boundary of Arkansas, and the fort served as an arms depot for Arkansas militia.

Named after Gen. John Coffee of Tennessee, Fort Coffee was cheaply and poorly constructed. Its log buildings enclosed three sides of a small square, with the fourth side open toward the Arkansas River. Captain Stuart and his men abandoned Fort Coffee in October 1838 and established Fort Wayne on the Illinois River. The Choctaw Nation acquired the property and buildings and allowed Methodist ministers to operate the facility as the Fort Coffee Academy for boys. The school closed during the Civil War and was occupied by Confederate Choctaw troops. The buildings were captured and burned by Union soldiers in October 1863.

The following (as per The Chicago Manual of Style, 17th edition) is the preferred citation for articles:
Jon D. May, “Fort Coffee (fort),” The Encyclopedia of Oklahoma History and Culture, https://www.okhistory.org/publications/enc/entry?entry=FO031.