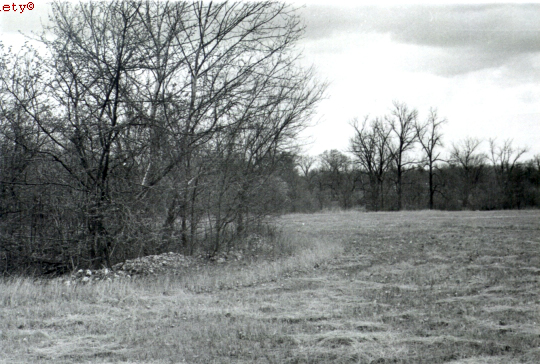 Named in honor of Gen. "Mad" Anthony Wayne, Fort Wayne was established in the fall of 1838 by soldiers of the Seventh Infantry under Capt. John Stuart. Originally known as Camp Illinois, Fort Wayne supplanted Fort Coffee and was situated on the south side of the Illinois River near or at present Watts, in Adair County, Oklahoma. In July 1840 Lt. Col. Richard B. Mason and his First Dragoons relocated Fort Wayne along Spavinaw Creek in present Delaware County, Oklahoma, near Maysville, Arkansas. The post's purpose was to protect a military road connecting frontier fortifications and to ease the fear of Cherokee depredations in Arkansas. Fort Wayne was abandoned in May 1842 upon the recommendation of Maj. Ethan Allen Hitchcock.

The Cherokee Nation acquired Fort Wayne after its closure. It served as a base for Stand Watie and his followers throughout the tribe's postremoval turmoil. During the Civil War Watie used the post when forming his regiment of Cherokee volunteers. Confederate troops led by Col. Douglas H. Cooper were defeated by Union forces at the Battle of Fort Wayne in October 1862. No permanent buildings were constructed at either Fort Wayne site, and no ruins mark the locations.

The following (as per The Chicago Manual of Style, 17th edition) is the preferred citation for articles:
Jon D. May, “Fort Wayne,” The Encyclopedia of Oklahoma History and Culture, https://www.okhistory.org/publications/enc/entry?entry=FO047.