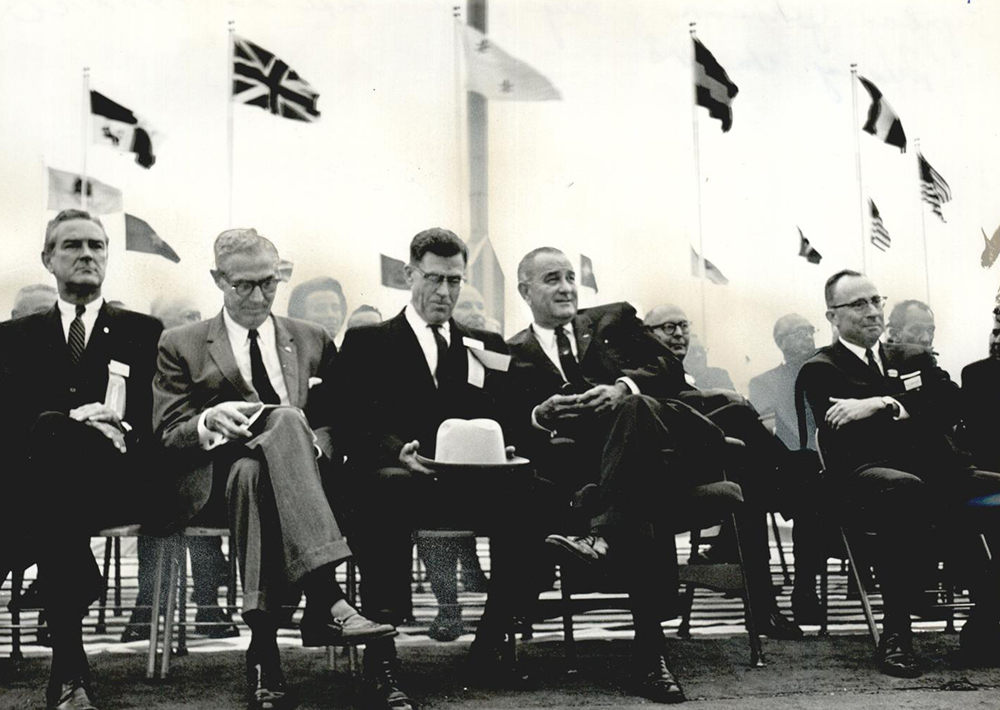 A prominent businessman and civic leader, Edward Lewis Gaylord inherited The Oklahoman newspaper and other family assets from his father and built an entertainment empire. Edward Lewis Gaylord (E. L.) was born May 28, 1919, to Edward King (E. K.) and Inez Kinney Gaylord in Denver, Colorado, while the family was vacationing at Estes Park. E. L. Gaylord grew up in Oklahoma City, attending public schools until his senior year, which he spent at the Asheville School for Boys in North Carolina. He was graduated in 1937. He then earned a degree in business from Stanford University and was continuing his studies at Harvard Business School when World War II began. He soon entered the U.S. Army, becoming an officer and serving in Panama.

After the war he returned to Oklahoma City where he worked in several areas of the family business. In 1950 he married Thelma Feragen Horton, and their union produced four children: E. K. Gaylord II and three daughters, Christy, Mary, and Louise. Following his father's death in 1974 at the age of 101, E. L. Gaylord assumed the leadership of the Oklahoma Publishing Company (OPUBCO). He diversified its holdings by purchasing a newspaper in Colorado Springs and several television stations in markets larger than Oklahoma City. He sold Oklahoma City's WKY-TV (which his father had established in 1949) because government regulation then limited the number of stations that a single company could own.

E. L. Gaylord created and built the Gaylord Entertainment Company to include Gaylord Hotels, The Nashville Network television channel (TNN), the Grand Ole Opry (Nashville, Tennessee), Opryland USA theme park (also in Nashville), and the Country Music Television channel (CMT). As a civic leader he also helped to engineer a $35 million expansion campaign to triple the size of the National Cowboy Hall of Fame and Western Heritage Center, now known as the National Cowboy and Western Heritage Museum, in Oklahoma City. Edward Lewis Gaylord died in Oklahoma City on April 27, 2003, at the age of 83.

The following (as per The Chicago Manual of Style, 17th edition) is the preferred citation for articles:
David Dary, “Gaylord, Edward Lewis,” The Encyclopedia of Oklahoma History and Culture, https://www.okhistory.org/publications/enc/entry.php?entry=GA027.